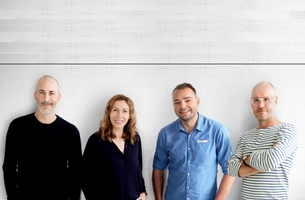 Leading animation, film and interactive company Nexus Studios has announced the opening of a Los Angeles office which will facilitate current projects in the US but also focus on connecting the world of brands, entertainment and technology.

An Academy Award nomination, three Cannes Grand Prix awards and a reputation for cutting edge work in film, animation, interactive, VR and AR, underpin Nexus Studios’ credentials as a next generation story studio. The new office will seek to further extend their uniquely integrated offering. It will offer film and immersive work for advertising and branded content as well as developing original IP in entertainment and digital products.

Nexus Studios is known for its animated film work including the Oscar nominated short THIS WAY UP and branded content for the likes of Google, Honda, Headspace, Facebook, Chipotle and Apple. The company won the Cannes Grand Prix for Honda GRRR! in 2005 and won a further two Grand Prix for its groundbreaking work for Chipotle in the US.

The studio’s reputation for innovation is championed by the Interactive Arts team who use new technology to bring creative and engaging storytelling into experiential, interactive, VR and AR. Credits include a long term collaboration with Google’s Made With Code, a series of projects that have allowed girls across America to code the

White House Holiday Lights, pattern dresses on the runway at New York Fashion Week and code their own Snapchat Lens. The studio has used both its cinematic and interactive skill-set to great effect in VR, creating the two times Annie nominated VR experience RAIN OR SHINE for Google’s Spotlight stories. In augmented reality its extensive portfolio includes the 1600 app, an AR commission for President Obama’s office which told the story of the White House and a recently BAFTA nominated AR experience for The Gruffalo.

Nexus Studios Co-Founder and ECD Chris O’Reilly said: “Nexus has always had a simple vision to make meaningful, heartfelt stories and experiences that positively add to the cultural conversation. Our experience not just in advertising, but also in entertainment, music, arts and culture gives us a deep understanding of how to engage people in a story. We think that will be important in the current converging media landscape. LA is a hub where entertainment, brands and technology meet and this is key to our work. ”

Based in the Arts District, Downtown, the new office is led by Executive Producers Luke Ritchie and Diego Rosner. Chris O’Reilly is currently based in LA and continues in his role as Executive Creative Director across all studio output.

Luke Ritchie has led the Interactive Arts team at Nexus Studios for over five years, overseeing output across AR, VR, web, apps and live experiences for clients including President Obama's administration, IBM, Apple and The New Yorker. He relocates to LA and continues in this role across both locations.

Nexus Studios’ Co-Founder Charlotte Bavasso added: “There’s a breadth of opportunity in LA across all kinds of storytelling which broadens the opportunity for us to do what we do best; create beautifully engaging stories and experiences wherever those end up being experienced. Our launch team includes key talent who understand this world and will work with our clients to facilitate a very joined up approach with our global roster of talent and 180-seat studio in London. We’re looking forward to being that much closer to some of our existing partners but also creating new opportunities to the benefit of clients and creative talent, wherever they are based. ”

To coincide with the opening, Nexus Studios have created ‘Hotstepper’, a real-time character animation way-finding app made in AR and available for iOS (Android coming soon) in the App Store.