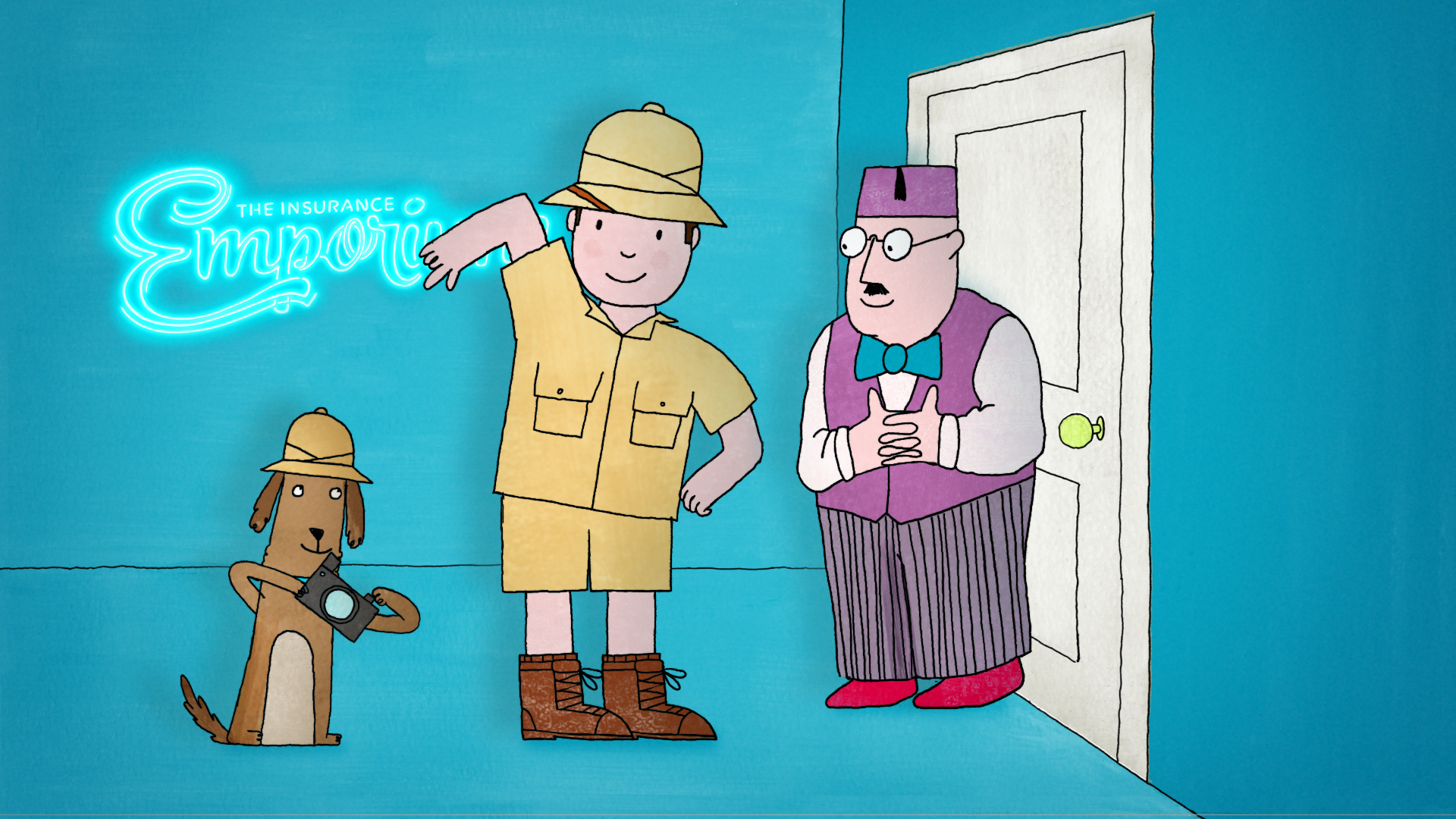 In collaboration with The Chase creative consultants, Nexus Studios have brought the much loved children's television character Mr Benn out of the 1970’s and into the 21st Century in two beautifully hand-crafted adverts for The Insurance Emporium.

To capture the original essence of Mr Benn for the films ‘Safari’ and‘Krakatoa’, the team, lead by Chris Martin started by buying thick drawing paper, ink pens and watercolours. Massie explained “Mr. Benn has a very specific wobbly line that can only really be replicated by drawing on textured paper, the same goes for his watercolour textures”.

Of the update Massie added “We wanted to treat Mr Benn as if he had been cryogenically frozen for 40 years and has suddenly woken up. Now when he walks down the street, kids go by on micro scooters instead of go-karts and there are kebabs strewn on the floor.

All of the characters and environments were drawn by hand and the artwork was then scanned and animated by an in-house team at Nexus Studios. Watercolours were painted onto paper and then incorporated for the authentic Mr Benn look.  Both adverts use the iconic original soundtrack from the 1970’s cartoons for a truly nostalgic feel.