Nexus Interactive Arts Engineers a 'Futureville' for The Science Museum 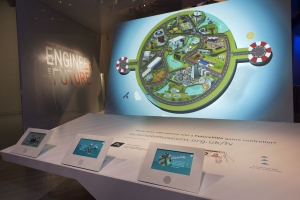 Nexus Interactive Arts (NIA) today announces that it will debut FutureVille, an interactive installation, as part of the Engineer Your Future exhibition at The Science Museum. Debuting at the free, three-year exhibition, FutureVille is created by NIA director Jim Le Fevre and the multi-player game is based on Nexus Stage; NIA’s proprietary technology and design which launched earlier this year. It will bring to life the skills that engineers use everyday and is aimed at inspiring young people to think creatively about a career in engineering.

Looking to highlight the wide variety of roles in the industry, NIA’s visually striking installation sees a beautiful vibrant city projection mapped onto a 3D printed mechanical set, where multiple users (five at any one time) will be able to interact with it via their own smartphone over WIFI. The objective is to successfully unlock up to eight different zones by driving a car around the city picking up engineers, delivering them to the workplace. Each engineer that is picked up represents a real-world career option in engineering and after each zone is successfully unlocked, the users are able to learn about them and what they do at work. 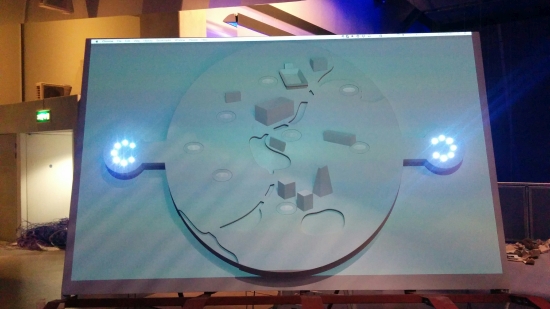 Drawing on recent research from the Royal Academy of Engineering about how engineering can be a fun and creative profession, the exhibition uses interactive games and digital experiences to highlight the skills used by engineers every day. From problem solving to exploring alien landscapes, each installation gives visitors the chance to see, experience and develop their engineering skills, in the hope that they will consider one of many engineering roles as a future career option. 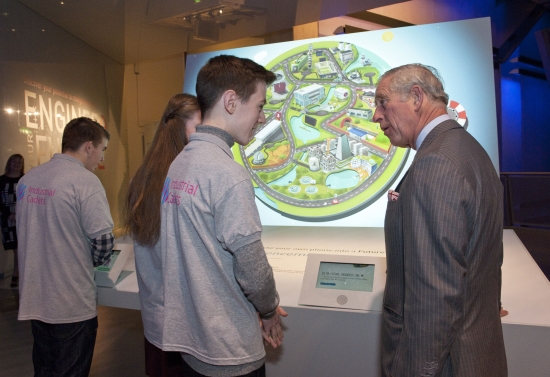 Jim le Fevre, director, Nexus, says; “It was fascinating to explore our Stage’s technology, in the hope of inspiring kids to understand more about engineering. The installation we have made is a multiplayer driving game, which asks players to explore the city of FutureVille; collecting and dropping off engineers within a physically dynamic set. I am thrilled to be part of the start of something special and this project is a truly unique combination of technologies as well as a beguiling and beautiful experience. We hope that it brings some of the magic of the real world back into the slightly alienating digital gold rush.” 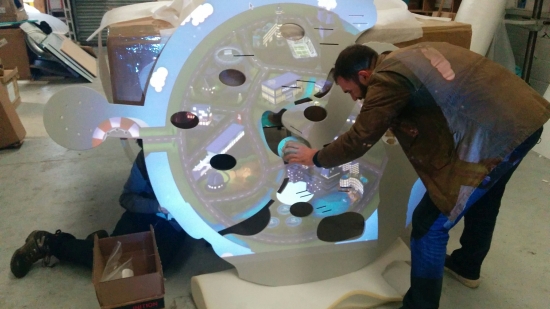 Conceived and created by BAFTA winning animator/director, Jim le Fevre, FutureVille was constructed at NIA’s London studio using the ideas and technology from Nexus Stage. Launched as a new immersive platform for public digital interaction earlier this year, the functioning Nexus Stage prototype was the blueprint for Futureville. The first of its kind in the public domain, FutureVille paves the way for further adaptations to be adopted by companies and brands across the world.

The exhibition will remain in situ at the Science Museum for three years and will be in open to the public from December 17th 2014 until December 2017. 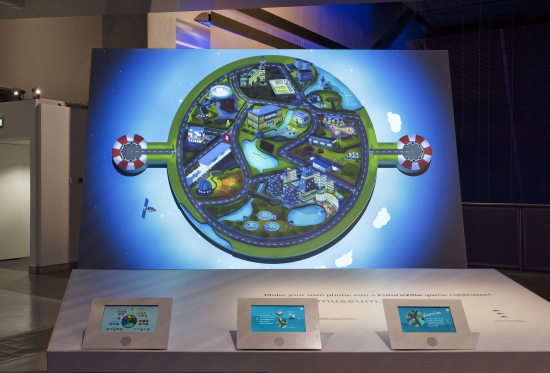