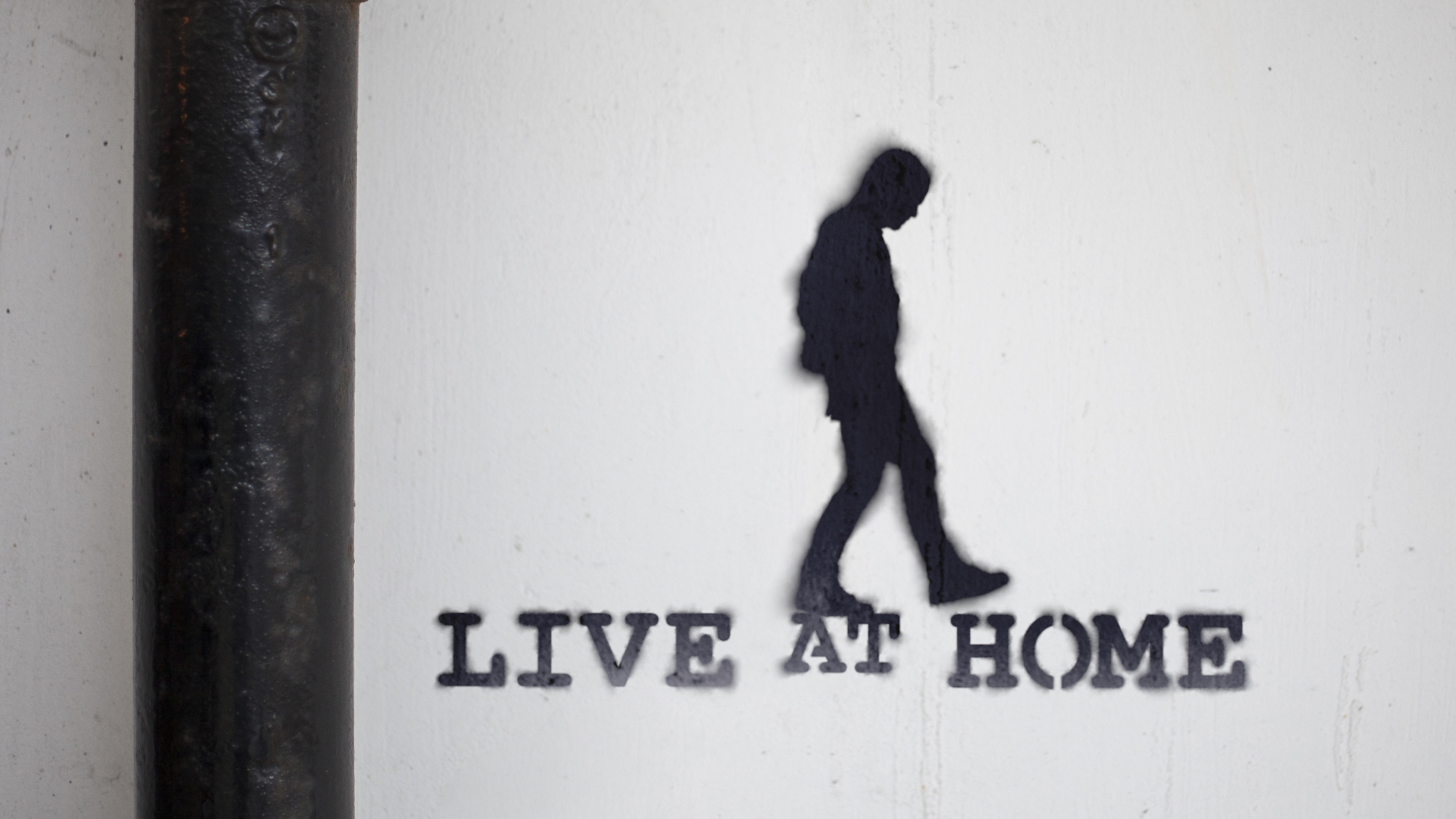 The charity End Youth Homelessness has been working closely with Nexus and Leo Burnett to launch a commercial on October 10th 2016, as part of a larger campaign to raise awareness of the dilemma faced by 80,000 young people in the UK who find themselves trapped in dire circumstances both at home or on the streets where abuse is an everyday reality.

Fx Goby created and directed the online film as part of the campaign ‘Get Them To A Safe Place’ featuring targeted wall art and posters. In Fx’s film, an animated figure manoeuvres across spray painted words on the outsides of buildings - the division between home and the street – highlighting the precarious position these young people are in with an over arching message of getting them to a safe place.

type-led illustrations on the outside of buildings across the UK.

One illustration shows a young person walking a tightrope formed out of words describing their dilemma - “living at home with addict parents or living on the street with addicts”.

These poignant illustrations were photographed and run as posters in areas where young people are most affected.

Fx Goby, director, said ‘Leo Burnett asked us to create a film to raise awareness of the charity along the lines of their successful poster campaign. I wanted it to be as simple and minimalist as possible.  This is a film about youth living on the streets; we needed to stay modest but with a strong visual to get our message across. The street sound atmosphere adds to the discomfort and the unrest, highlighting what a naturally hostile place it is.’