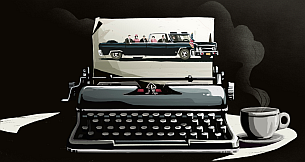 When did you know what you were going to be when you grew up?

It’s around these life-changing moments that revolves this new campaign, created by SCPF for Spain’s news channel Antena 3 and animated by the animation studio, Le Cube from Buenos Aires.

“It was a huge challenge working in 41 different art styles that can represent and contextualise the historical moment and mood we want to transmit.” — Explains Ralph Karam, Le Cube’ Creative Director — “We worked with 15 different illustrators to achieve this, each of them with a unique style. At the same time, a great part of the artwork was approached with a handcrafted appeal, worked with textures and patterns that gave the different film shots a human look.”

A series of animated films were crafted using Le Cube’s very own mix of different animation techniques — supported by the talents of more than 15 illustrators and 41 art styles — bringing to life very different memories and events that forged the lives of the channel’s main journalists.

Celebrating the shared passion of the news channel team for journalism, the campaign's director of Image and Creativity, Juan Ra Martín, tells stories of vocation and the world events that brought, as a result, these five talented people to their career paths. The campaign also comes at an amazing time for the journalists Matias Prats, Vicente Valles, Susanna Griso, Monica Carrillo - pictured in the campaign - but also to the whole team at Antena 3, since the channel has gathered more than 2 millions viewers globally.

JuanMa Freire, Director, and EP from Le Cube says that “it took a lot of coordination to bring together all the teams involved towards the same goal and vision. From the agencies amazing work in the conceptualization to the client's needs and expectations, it was a great synergy that brought us this awesome results”. 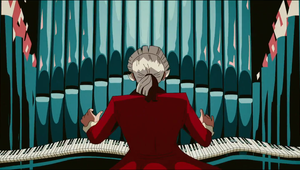