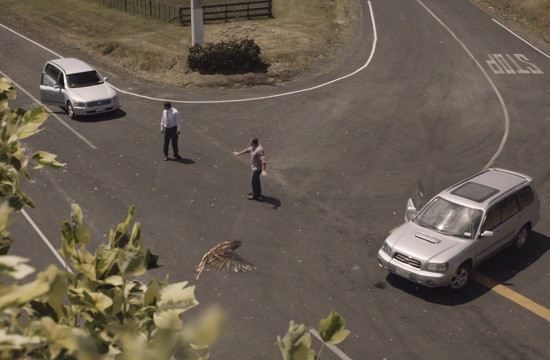 The New Zealand Transport Agency stops time at a crucial moment to deliver a chilling message to drivers about the dangers of excessive speeding.  The hard-hitting “Mistakes” PSA via Clemenger BBDO has gone viral, already reaching over 1.5 million views in the days after its launch.

Believe Media director Derin Seale creates a powerful narrative with the :60 clip, showing us two drivers experiencing an extended moment of pause at that split second before they collide into one another. As the two men exit their cars, their conversation personalises the grim repercussions about to take place, with one man pleading for the safety of his son in the backseat.  Unable to alter the outcome, the drivers return behind the wheel and we see a speedometer reading over 100/km per hour before everything changes dramatically. Real-time suddenly returns as the violent moment of impact occurs, and the and the heartbreaking realisation that we're powerless to change a simple mistake made in a second’s time is driven home.