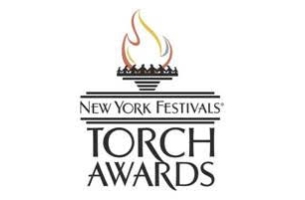 The Torch Awards is a unique competition for 18-27 year olds that explores a different creative challenge each year and offers mentor training on how to pitch their idea. For the 2016 Torch Awards, NYF has partnered with The Institute for Human Centered Design (IHCD) a nonprofit dedicated to enhancing the experiences of people of all ages and abilities through excellence in design.

“It’s an honor to be selected as one of the mentors for the 2016 Torch Awards at New York Festivals,” said Josy Paul, Chairman & Chief Creative Officer, BBDO India. “I jumped to it for selfish reasons. I get to interact with the future creative tigers of the industry on a real world project that can impact and transform people’s lives. What more can I ask for! It’s like being in Harvard and the UN at the same time.”

“I've always considered myself very lucky because I got to work with people who showed me the way,” said Valerie Cheng, Head of Creative Shop Southeast Asia, Facebook Singapore. “By brainstorming with them and watching how they presented, I've learnt faster by being with more senior people. I hope to do the same for the younger creatives because this ladder can be very hard to climb.”

2016’s Torch Award mentors will advocate for NYF’s commitment to the development of the next generation of creative talent by mentoring one of the five Finalist Teams invited to New York City to pitch their ideas to promote IHCD’s mission. Finalists will fine-tune their work during an intensive work session with their mentor, and then the teams will each have 10 minutes to pitch their idea to an exclusive jury panel.

Members of the Torch Awards jury were also recruited from the World’s Best Advertising Executive Jury and The Institute for Human Centered Design.

“In this rapidly changing world of communication,” said Yasu Sasaki, Executive Creative Director, Dentsu Inc. / Dentsu Aegis Network, Japan, “I’m really looking forward to see what the young, talented, and digital native people come up with. I hope to learn a lot from them through the judging!”

Finalist teams will be announced on April 9th and will convene in New York City on May 18th. Finalists in the Inclusive Design Challenge will present their creative concept for a digital media showcase that presents the inclusive design progress and success stories. It will be a permanent fixture in the exhibit showroom at the IHCD headquarters in Boston, Massachusetts.

The Torch Awards 2016 Grand Winning Team will be announced live from the stage on May 19th at the New York Show during the awards ceremony in the Rose Theater at Jazz at Lincoln Center’s Frederick P. Rose Hall.