NYF’s Executive Jury guides the next generation of creative talent 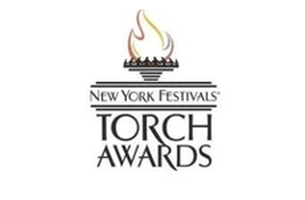 For the second annual Torch Awards creative challenge, New York Festivals has partnered with The Project Solution, an international non-profit organization whose philosophy is centered on the idea that small solutions can make a big impact. The results: 5 years, 22 projects, 11 countries, over 12,000 lives changed.

Torch Award mentors were recruited from the World’s Best Advertising℠ Executive Jury of worldwide chief creative officers and executive creative directors. They will advocate for NYF’s commitment to the development of the next generation of creative talent by leading each of the five selected Finalist Teams in an intensive mentoring session to help them polish and perfect their 60-Second Spot pitch for a creative campaign to promote The Project Solution’s mission.

The 2015 Torch Award Mentors are the following:

Pancho González, 2015 Torch Awards mentor commented on the importance of mentoring the next generation of creative talent.  “The future of this business is based on new generations of advertising professionals. If every senior professional spent a little time with those creatives, the result will be better advertising tomorrow,” said Mr. González "It´s not just about entering and awarding new ideas, it´s about to showing them the right way to sell those ideas, to structure them as an integrated campaign, to do agile strategy, to converge those ideas across different platforms, and above all, it´s about being professional, judging and mentoring by the best in the industry. It`s simply something that I wish there had been when I was a young creative. Torch Awards gives that chance…”