Contest ends on Monday, May 16th 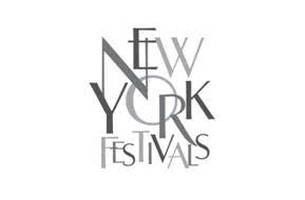 In the case of a tie, the entrant who was the first to submit their rankings will be declared the winner. We will notify the winners by both email and telephone. A list of the top 25 scorers' first names and last initials will be available online at after 10:00pm ET on the 19th of May, 2016.

Award-winners will receive the following prizes:

There is no fee to enter the 2016 You…Be the Judge! contest,  To enter, register at www.newyorkfestivals.com/judge2016. You will then receive a confirmation email with a link to your personalized judging page. Please visit here  for more information and to view the complete rules and regulations visit here.

The 2016 New York Show events will be on May 19th and feature four creative panel sessions, a cocktail reception, the awards ceremony, and an after-party. New York Festivals will welcome award winners, jury members and guests from around the globe to this day long series of events honoring the World’s Best Advertising®.To purchase tickets visit: Here.

The four creative panel sessions will take place during the day at the NYIT Auditorium on Broadway, located at 1871 Broadway (61st & 62nd St).

Later that evening, guests from around the world will then join us for our Gala event at Jazz at Lincoln Center’s Frederick P. Rose Hall, Broadway at 60th Street, New York City, for a cocktail reception in the Ertegun Atrium, followed by the awards ceremony in Rose Theater. A celebratory after-party will be held at Parkview Lounge, on the 4th floor of Time Warner Center, to toast all the winners of the World’s Best Advertising.