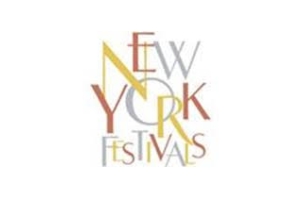 The judging system’s initial stage comprises the Grand Jury of 400 plus creatives from around the globe screening each and every entry, sifting candidates through two rounds of scoring and taking on the role of security against possible scam ads. This portion of the judging occurs through an intimate and undistracted online interface, with over 300,000 votes being cast to determine the Shortlist. The Shortlisted ads are then presented to the Executive Jury, who will come together as one panel in New York City, to evaluate the cross-medium roster with five additional rounds of judging. The collaboration personified by the Executive Jury reflects the industry’s spirit, highlighting its overarching themes with several days of candid discourse using three levels of unique judging criteria.

Past Executive Jury member Chris Garbutt, CCO of Ogilvy & Mather East, raves, “The work we judged is a cross-section of the world's best, and the criteria used to judge the level of the work is brilliant! It's the only show I've judged where you get to see all categories… This forces the judges to be very specific and focused with their decisions, and also gives more insight to entrants on why their work performed the way it did.”

The patented judging system insures each entry is scored on its own merits, rather than in competition with its categorical peers, with 50% of the vote based upon its concept / idea, 25% stemming from its brand and market relevance, and 25% pulled from its production execution. In addition, employment of the Fibonacci numbering system allows an ad to garner a compounded number of points as it progresses through each judging step. The entire process then concludes with the winning selections for First Prize, Second Prize, Third Prize, Grand Awards, and Best in Show.

Michael O’Rourke, President of New York Festivals: “While creating the two tier judging system, we realized we had a fantastic opportunity to make additional enhancements to the overall process to how the work is being judged. By having the Executive Jury judge all the entries together, across all competitions, we addressed the issue of inconsistency with respect to the final results when you have divided juries.  Additionally, using the three criteria not only improves accuracy, it changes the way in which our jury members evaluate each entry and provides better accuracy with their scores.”

Michael Dee, CCO of DDB China Group, and former Executive Jury member: “The result [is] extremely outstanding since the winning list is selected by an Executive Jury with a face to face discussion. Since all work [is] reviewed by two layers of world class judges, leaving no doubt that New York Festivals is a benchmark for our industry.”

The validity and strength of the NYFA judging structure is bolstered by its improvement of awards standards and enduring partnerships with high-caliber judges - nothing short of what’s expected in choosing the World’s Best Advertising.

The elite 2015 Executive Jury will meet together May 15-19th to judge the shortlist and select the World’s Best Advertising. The 2015 New York Show gala will take place on Thursday, May 21st at Jazz at Lincoln Center’s Frederick P. Rose Hall, Broadway at 60th Street, New York City.