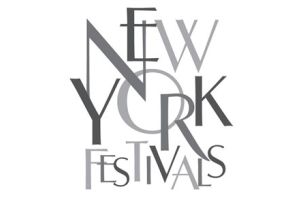 “New York Festivals meticulously selects the world’s top creative talent to be included on the Executive Jury panel,” said Michael O’Rourke, President, New York Festivals. “Their ability to recognize game-changing forms of creative communications will insure that each one is given the attention that it deserves.”

The sixth annual New York Festivals Executive Jury includes some of the world’s most awarded chief creative officers and executive creative directors. They will judge this year’s entries across all mediums and select the World’s Best Advertising winners.

The jury will consist of:

May 13-17th, the 2016 Executive Jury panel will gather together in New York City for five rounds of judging across all mediums and select 2016’s Finalists, First Prize, Second Prize, Third Prize, Grand Award winners, and Best of Show.

The 2016 Executive Jury will utilize NYF’s Matrix Judging System; a patented system ensures each entry is scored on its own merits with 50% of the vote based upon its concept / idea, 25% stemming from its brand and market relevance, and 25% pulled from its production execution.