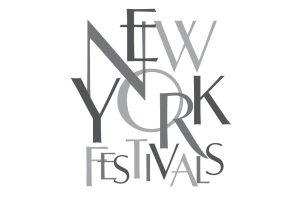 All entries achieving finalist status are now eligible to earn all levels of awards including Grand Awards and Best of Show. Award-winning entries will be announced at the New York Show.  To view 2016 finalists please click here.

“This year’s entries truly reflect the innovative work emanating from agencies around the globe and are deserving of recognition,” said Michael O’Rourke, President of New York Festivals. “Entries achieving finalist status will be given the utmost of attention by NYF’s elite Executive Jury, they will evaluate all finalists across all mediums through 5 rounds of rigorous judging and select the World’s Best Advertising winners.”

New York Festivals 2016 Grand Jury, comprised of 400+ Creative Directors, Executive Creative Directors and worldwide Chief Creative Officers from 100 countries around the globe, determined the finalists through online judging sessions and a live collateral session. All finalist entries will move on to the live judging round with the 2016 Executive Jury. This elite group of global chief creative officers will to judge all mediums through five rounds of judging utilizing NYF’s patented matrix judging system and select 2016’s trophy-winning work.

The 2016 Winners will be announced at the New York Show awards ceremony on May 19th. The day’s events include creative panel sessions, a cocktail reception, the awards ceremony, and an after-party. New York Festivals will welcome award winners, jury members and guests from around the globe to this day long series of events honoring the World’s Best Advertising.

Four creative panel sessions will take place during the day at the NYIT Auditorium on Broadway, located at 1871 Broadway.  Later that evening, guests from around the world will then join us for our Gala event at Jazz at Lincoln Center’s Frederick P. Rose Hall, Broadway at 60th Street, New York City, for a cocktail reception in the Ertegun Atrium, followed by the awards ceremony in Rose Theater.  A celebratory after-party will be held at Parkview Lounge, on the 4th floor of Time Warner Center, to toast all of the World’s Best Advertising trophy winners.