Jury will include senior figures from Havas, BBDO and Saatchi & Saatchi 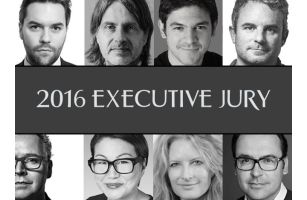 “This year’s Executive Jury is as diverse as it is respected,” said Michael O’Rourke, president, New York Festivals. “With a total of 27 jurors recruited from the most award-winning global agencies, as well as internationally acclaimed tech companies Google and Facebook, 2016’s jury is on the forefront of innovation and will offer their expertise in selecting the World’s Best Advertising.”

The final round of the 2016 Executive Jury includes:

For the sixth year in a row, NYF’s Executive Jury will gather this May in New York City for five rounds of judging across all mediums and select 2016’s Finalists, First Prize, Second Prize, Third Prize, Grand Award winners, and Best of Show.  The Executive Jury will utilize NYF’s Matrix Judging System; a patented system insures each entry is scored on its own merits with 50% of the vote based upon its concept / idea, 25% stemming from its brand and market relevance, and 25% pulled from its production execution.

All press inquiries are welcome and should be directed to Gayle Mandel: gmandel@newyorkfestivals.com.