Serviceplan Germany is agency of the year, VMLY&R is global network of the Year and WPP earns holding company of the year 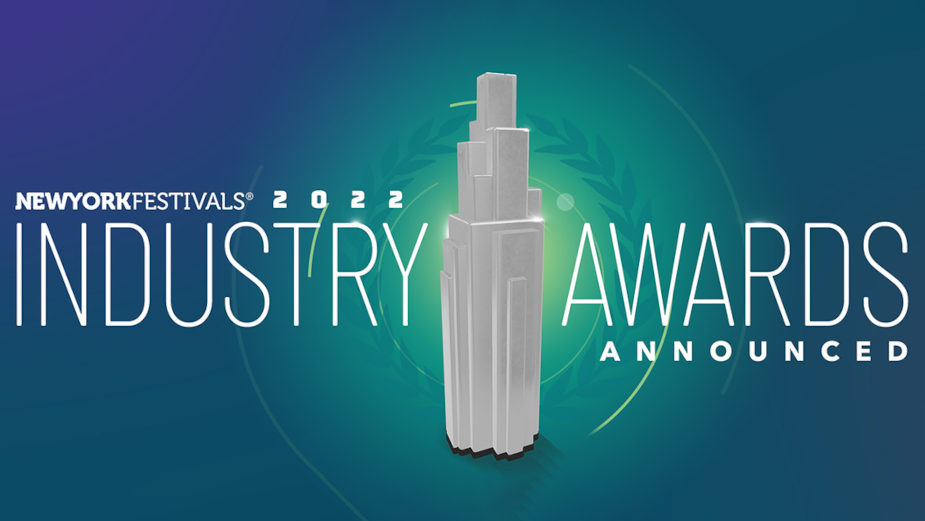 2022’s Industry Award winners are selected by the number of top-scoring entries that earn trophies within the competitions based on scores determined by New York Festivals in-person Executive Jury.

Impressive cutting-edge work and innovation earned Serviceplan Germany triple accolades for 2022, Agency of the Year, Independent Agency of the Year and Regional Agency of the Year/Europe. This special industry honour is awarded to the non-networked agency that obtains the highest score for creative entries in all of New York Festivals Advertising Awards competitions across all mediums.

“Serviceplan Germany being named Agency of the Year, Independent Agency of the Year and Regional Agency Europe by New York Festivals 2022, makes this our most successful year at New York Festivals to date.  It means a lot to continue to be recognised by the NYF Industry Awards: prestigious awards that are globally renowned for recognising creative work that pushes creative boundaries within the industry.” - Alex Schill, global chief creative officer, Serviceplan Group

VMLY&R earned Global Network of the Year. This stellar honour is awarded to the advertising agency network that earns the highest score for entries in all mediums and produces the highest calibre of top scoring creative work within the competition.

“I’m so proud of the teams and the effort that has gone into all this amazing work over the past year. Earning 2022 Global Agency Network of the Year and Regional Agency of the Year for both North America and APAC from the New York Festivals is absolutely the icing on the cake. It takes passion and drive, and teams trusting and pushing each other. It also takes brave clients — I’m happy we work with so many — and thank them because they share these honours with us, too.” - Debbi Vandeven, global chief creative officer at VMLY&R

WPP was honoured with the 2022 Holding Company of the Year Award. This prestigious honour recognises the holding company that earned the highest combined score for all entries in all mediums, calculated from all points earned by its networks and agencies.

Spinneys Supermarket, the multinational supermarket chain in the United Arab Emirates, Egypt, Qatar, Lebanon, Oman, and Pakistan; the Lebanese Breast Cancer Foundation, a non-profit, awareness, educational, fundraising initiative; and AUMBC Hospital, the most trusted and respected healthcare provider in Lebanon and the region earned the honour of Global Brand of the Year. Their fearless commitment to creating awareness about breast self-exam is illustrated in the Best of Show winning campaign, 'The Bread Exam' created by McCann Paris. The life-saving campaign provided women with an option to share information about self-checking and avoid the cultural taboos that prevented Lebanese women from talking openly about their bodies via demonstrating the steps of a breast self-exam through the act of kneading and pressing dough.

Regional Agency of the Year is a Special Industry Award that honours an advertising agency that earns the highest score for entries in all mediums within their region.

“It’s amazing when different campaigns from different teams get celebrated. We have not one, not two but three very diverse campaigns that fuse culture, technology and creativity. Being awarded the Regional Agency of the Year APAC by the prestigious New York Festivals is a matter of immense pride for the team and a testament to their talent and the effort we have been putting in.” - Mukund Olety, CCO, VMLY&R India

“I am thrilled that we’re being celebrated as the APAC agency of the year at New York Festival. This feat feels even more special as it has come on the back of multiple campaigns, which have won across different categories. All the winning works are great examples of purpose powered creativity that actually has the power to change the world. I'm happy to see Smart Fill, work which has genuine impact, being recognized as one such piece of amazing work.” - Arpan Jain, ECD, VMLY&R COMMERCE India

“Wow! This is such an honour for Wunderman Thompson and specially for WT Argentina. We are really happy for this achievement, NYF! One of the most important festivals of the world. Lots of people around the world worked on Degree inclusive. It took us more than two years to develop it and we are still working to make this idea even bigger. What we enjoyed more in this process is how we connected different people with different capabilities, regions, time zones, disabilities, to only think in one thing: make the world a more inclusive place to live. What we didn´t know is that because of this work we would become the best agency of Latam. That´s Awesome. Thank you so much. Vamos WT Argentina!” - Daniel Minaker & Sebastian Tarazaga, Latam CCO's & Global ECD's, Wunderman Thompson Argentina

“I am extremely proud of Keko Dubai’s achievement. The award came as a huge surprise as we are such a young agency. Our agency was founded because of Porsche, so to win this award speaks volumes and truly shows a perfect example of partnership at work. I am extremely proud of the whole team and I am looking forward to a bright future with Porsche” - Brigitte Kemper, CEO of the Keko Group

“We were really lucky to get this once in a decade chance. You are always excited when you receive a script with potential. Like everybody else we love parents’ anxiety turned upside down. How Serviceplan’s idea struck a very common chord in these late days of the pandemic created a tiny bit of heat though. If this film does not come out great it would be on us. Then we read Marcus Ibanez’s treatment. He didn’t just design stunning vignettes to illustrate the voice over. Most casually he created a film. A beautiful film spot on the contemporary anxiety of parents and their 'kids' alike. And that was anything but luck. Thank you, Marcus! Thank you Serviceplan! Thank you so much.” - Tim Augustin, executive producer, Iconoclast Germany

New York Festivals is recognised worldwide as a touchstone for global creative excellence in advertising and marketing communications. 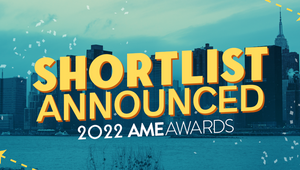 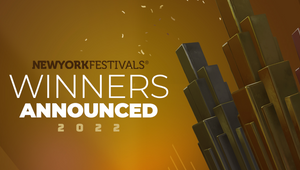 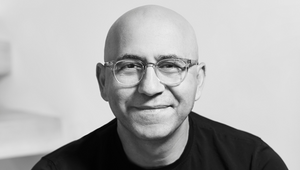 Zak Mroueh: “We Need to Blow the Doors Off the Brief and Exceed All Metrics” 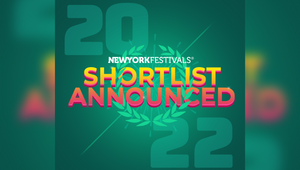