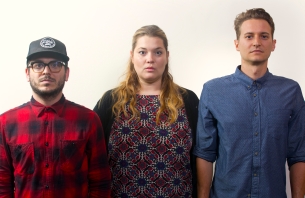 NY-based audio post shop Mr. Bronx has expanded, with the addition of two new mix rooms and the hiring of Mixer/Sound Designer Eric Hoffman and Producer Claudia Gaspar. Hoffman has nearly a decade of experience as a sound designer and mixer, working with top NY shops for major brands including Pepsi, Reebok, NHL, YouTube and Heineken as well as numerous trailers and film projects. Gaspar is a seasoned boutique studio jack-of-all-trades, with experience as a producer, studio manager and scheduler for NYC-based post shops including Headroom Digital Audio, Penny Lane Studios and Ataboy Studios. This growth coincides with Mr. Bronx’s recent expansion into film and television projects, having contributed ADR and dialogue recording for Ant-Man, “Wet Hot American Summer,” “Bob’s Burgers” and the upcoming animated feature film Sausage Party with Paul Rudd.

Hoffman’s most recent work with Mr. Bronx includes the Lee Daniels-directed Pepsi spot that was incorporated into the most recent episode of “Empire” on December 2. He also crafted the sound design for an installation at Niketown NYC, featuring a two-story LED chandelier and light show, now showing through the end of December.

“I’m super excited to be a part of Bronx right now. We have great talent, great work and great free lunch! And it’s only getting better,” notes Mr. Bronx Mixer/Co-Founder Dave Wolfe. “Our team has always brought top shelf sound design and post mixing to our client’s projects, but with the additions of Eric, Claudia and our new rooms, we’ve really been able to take it to the next level.”

Hoffman first met Dave Wolfe at audioEngine, where he worked for a total of 7 years. Since 2010, he has provided sound design and mixing on a broad range of Beyoncé projects through her production company, Parkwood Pictures. Since joining Mr. Bronx, Hoffman has lent his talents to commercial projects for the likes of Bud Light, Cadillac, Walmart and Toyota.

In her time in post production, Gaspar has worked on a wide range of projects for clients such as Verizon, Toyota, Microsoft, Spotify and ADCOLOR. She has also produced ADR sessions and interviews for Zero Dark Thirty, 42 and The Last Ship.

Mr. Bronx’s two new mix rooms were carefully crafted for superior sound quality and seamless coherence between rooms. Expert studio designer Brian Dorfman of Orchard Design, who has provided architectural design and technical consulting services to over 70 commercial facilities over the years, designed Mr. Bronx’s original studio as well as its new expansive mix room and isolated VO booth. With the addition of their third studio, the film and ADR suite, Mr. Bronx can easily take on a multitude of projects as well as seamlessly integrate sessions between studios for maximum efficiency.