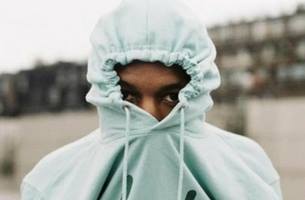 Will Mapan fell in love with computing as a kid after a series of accidents forced him to stop playing sports, opting for video games in his spare time instead. Will’s injury-time sojourn into video games developed his intrigue in creative computing, which gradually evolved into a love and passion for computers and design.
Half coder, half designer, Will is now a creative developer at makemepulse Paris and has already added work for a raft of top clients, including Google, Disney, Ubisoft and UNICEF, to his portfolio.
LBB’s Jason Caines sat down with Will and discovered why failure is a good thing, what study life was like at Gobelins School of Image in Paris and what makes up his day-to-day at makemepulse.
LBB> What were you like growing up as a kid in France?
Will Mapan> Well, unlike a lot of my fellow tech / creative friends, I was really far from being interested in computers. I never even built my own PC! Yeah, shame on me. My life was dedicated to sports and I was aiming for a professional career. Once my dreams vanished along with some serious injuries, I started to get interested in video games. I’ve always been a competitive kid, and video games were perfect way to satisfy that! I never have imagined how fun this shit could be and always wondered how those games were made but with no real interest to do it myself…yet.
LBB> How did you become interested in computers and design software?
WM> At the end of my time at college, I didn’t really have any specific wishes but was still interested in computers and wondering how to make all of this cool stuff that I was seeing everywhere. So, I started a Computer Science degree at the Institute of technology in Blois, France.
It wasn’t too long before I dropped out and went away after a year. Even if it confirmed that I liked coding, I didn’t enjoy being prepped to be a programming robot, and it’s here I understood that I needed to get hands-on design experience to have a wider overview of the industry.
A year later, I started and completed a Communication degree mixing design, marketing, 3D, coding and motion design…a load of things really. It was a good place to start, and helped me explore what I like, and what I wanted to specialise in.
LBB> How did you first become inspired to create motion graphics?
WM> At that time, I had no idea about creative coding and the processing/flash/openframeworks communities. The traditional web was quite static, nothing to be excited by.
During my degree, motion design was the thing I was really enjoying. I could make shiny stuff, moving pixels on the screen. All this was like magic to me. You can mix so many things to create stunning visuals! Illustrations, 3D, scripting…
That’s why to complete my degree, I chose an internship as motion designer. Internship done, I followed up with my first job as a Motion Designer. While enjoying it, I missed coding. So, I started to code on a daily basis again. I then looked into Flash (RIP) and my interest with code was revived.
LBB> You also studied at the famous Gobelins School of Image in Paris. What was that like?
WM> Fun fact: I wanted to go to Gobelins School of Image (interactive media section) right after my communication degree but I messed up with the dates and it was too late. Classic me! That’s why I started the motion designer role I mentioned earlier. While enjoying my time at this job, going to that school was my main objective.
My objective at that time was to code while making cool stuff at the same time. I didn’t want to be only a motion designer or only a coder or only *insert cool job title here* but something in between or combined. And that’s exactly what this school offers. You meet a lot of profiles, a lot of good and talented people and everyone wants to make cool shit. We were able to try a lot of experimental/hot new stuff through collaborative projects. We didn’t have loads and loads of courses, but we basically learnt to learn.
Example:

Additionally, it’s not a full time course but only two weeks a month. The rest of the time, we have to work in a company which allowed us to not be disconnected from the working world and to have some vocational experience. I couldn't recommend this format more!

LBB> You went on to do a creative development role with UNIT9 in London, where you were part of the team which won the FWA Site of the Year. Tell us more about this experience and that win?

WM> After my Gobelins School degree, I landed in London at UNIT9 for my first ‘creative developer’ job in the advertising field. I found out that advertising is an awesome place to experiment a lot and wow, what a load of brilliant and creative minds!
At that time, UNIT9 needed resource for a project with Google and Disney – ‘Find Your Way to Oz’. The transition was a bit brutal: I went from an unfinished student project to a big production. So, it was brutal but really interesting. I was surrounded by people I’d admired as a student which really kept me motivated to push myself all the time.
WebGL was just emerging at that time and I can’t thank the team enough for teaching me so much on this project (and not only on the technical side).
At the end of the day, the project won Site of the Year award on FWA and opened a lot of doors and opportunities for the company and for me.
I stayed at UNIT9 a few years, made more cool projects and got back to Paris to makemepulse
LBB> What’s your day-to-day role as a Creative Developer at makemepulse Paris Like? What are the main challenges?
WM> We have a strong love for real-time 3D (WebGL, Unity, VR, AR… you name it) and emerging technologies.
Day to day, being a creative developer here is challenging. I think there’s no better word. Each project is different, and I learn more and more every day. Once you’re comfortable with a technology or a tool, something else new comes along and you’re a beginner again.
Creative Developers at makemepulse are asked to go beyond pure coding. We’re also asked to always challenge every idea or to find new ones to beautify a concept, an interface, etc. I personally like to work with other non-developer colleagues as well (designers, producers…), everyone here can bring some value into a project and make it better.
We constantly must adapt ourselves to a context and/or a technology and that’s actually exciting. It’s quite an adventure!
LBB> What's been your favourite creative project to work on so far into your career?
WM> That’s a tough question. So many projects were great to work on!
Obviously, ‘Find Your Way to Oz’ is one of them because it highlighted the beginning of my career.
I would say my favourite so far would be ‘Ghost Recon: A World with No Heroes’ made last year at makemepulse. A project made with DDB Paris and Ubisoft. We had to create a 3D map from the game in WebGL with a day and night cycle, integrate a massive amount of media, build a mission system and a lot of goodies to feel like you were playing of small piece of the actual game! It sounded like a sum up of all the skills the team gained so far.
I also must add the wishes card we make every year to wish the internet a Happy New Year (2016, 2017, 2018). It’s quite cliché but they’re truly made with love and with no constraints (except time). We try to innovate each year to step up our game and the whole team works on it and it’s always fun to build.
To finish, I would add something that is not really a project. Last year I started to write articles about our projects. And it really feels good to write down a retrospective of the project or a technical insight.
I feel like I validate myself for everything I’ve done on the project, everything I learned and understood, because if you can’t simply explain something, it means you didn’t really get it.
LBB> Have you created any other campaigns that you are proud of and would like to discuss?
WM> We recently did a project with BETC for UNICEF called ‘Game Chaingers’. It’s a charity project and we don’t often get the opportunity to work on such meaningful subject.
It’s a really smart concept where we use blockchain and cryptocurrency (ethereum in this case) to ask users to mine ethereum for UNICEF with their own machine.
We have had nothing but positive feedback about it and users are really active.
You can see it here.
LBB> What are you into outside of advertising?
WM> I never gave up on sports and I’m still practising football and dancing. I find sport as a good way to express myself without glaring at a screen.
Then more classic stuff like cinema, series, exhibitions. Surprisingly, inspiration is everywhere and even if you’re not chasing for it, it can strike anytime. I have such a long list of experiments and test I’d love to make... it’s depressing. One day! One day I’ll make them all.
I still enjoy learning stuff all the time, so with my limited spared time I try to “make stuff”, pretty or not. Who cares, I still enjoy it!
LBB> Do you have any advice for younger, tech minded creatives?
WM> Get some sleep dammit! Working with no sleep is counterproductive!
On a more serious note: take your time, do what you love, stay curious and humble. You’ll be good at it no matter what. And don’t be scared to fail. Because it’s going to happen man. Just keep going and find your way through this tough journey.
LBB> Do you have any soon to be released projects or plans for future that you would like the people out there to know about?
WM> It’s all about the NDA you know… but watch out for us, lots of cool stuff is coming!
view more - Uprising 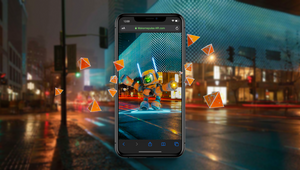 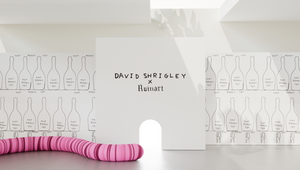 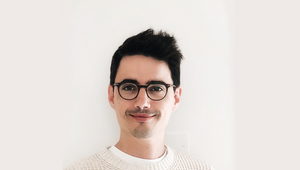 The Beauty Industry’s Transformation to Beauty-Tech 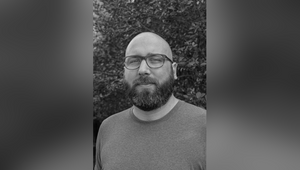 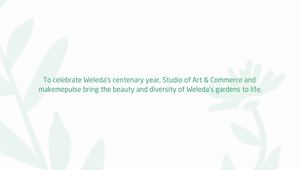 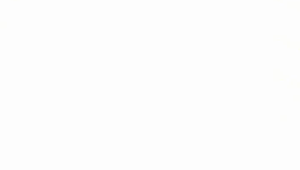 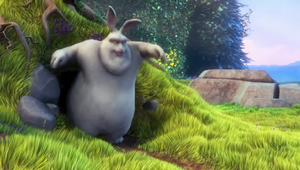 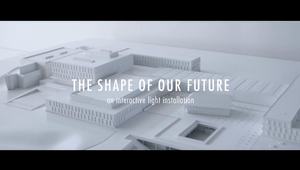