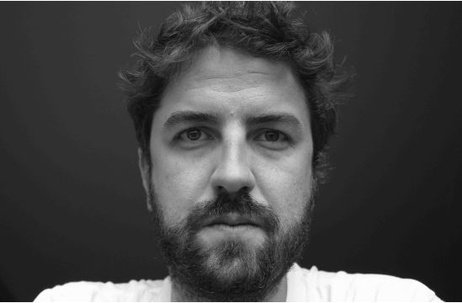 It’s been quite a year for Brazilian director Vellas. His film ‘Soul’ for the Leica M-Monochrom camera scooped an impressive and wholly deserved five Lions at this year’s Cannes. It also bagged him a spot in Saatchi & Saatchi’s New Directors’ Showcase and a place on rosters at Somesuch & Co. in Europe and Click 3X in North America, to add to his South American representation with Sentimental Filme. Addison Capper speaks with Vellas about this past whirlwind year, the future, and the riot that coincidentally catapulted another one of his spots into infamy.

LBB> Where did you grow up and what were you like as a child?

V> I was born in Rio de Janeiro, Brazil. I think I was a little dreamer. I had almost 300 Hot Wheels cars and I was always playing with them, pretending they were in a traffic jam in a big city. When I was a teenager I moved to São Paulo and my life changed a bit. I lived in a building that had a small soccer field and I used to spend the afternoons playing with friends. I still like soccer and cars a lot, but now the cars have got bigger.

V> I think I’m more of a ‘naturalistic’ director. I don't shoot in a studio much. I prefer minimum light and always try to use the natural light available. I love short lenses. Robert Capa [Hungarian war photographer] used to say that if your photos are not good enough, it's because you're not close enough. With short lenses you can feel that you're inside the scene. I always shoot with small cameras, more than one if possible. Although I make jokes all the time, I don’t direct many comedic films. I prefer more dense, emotional and dramatic spots.

LBB> Your short film, 'Soul' for the launch of Leica's M-Monochrom picked up five awards at the Cannes Lions and also bagged you a spot in Saatchi & Saatchi's New Directors' Showcase. What did that recognition mean to you, personally?

V> Personally it changed my career. It changed the scripts and budgets I was used to working with. I got a lot of visibility and many agencies around the world asked me to do treatments for them. Since Leica I've directed almost 10 spots in eight months, and I have three more booked already. It`s been a very busy year. I’ve also signed with Somesuch & Co. for European representation.

LBB> Could you tell us a bit about that Leica shoot - what kind of brief were you given beforehand and what challenges did it throw up? Were any of the shots from an archive or did you shoot it entirely?

V> We shot it entirely. The biggest challenge was to recreate the war scenes - the scenes that Robert Capa shot in the fifties. We had a limited budget and crew, so we had to find a way of shooting it to look real – no added light was used at all, only natural sources. We shot on two cameras, with a crew of 15 people, for three days.

I had to find a place where we could find the locations that would look like we were living in Europe during the war and it turned out that Cuba was the perfect place to do it. It has incredible houses, fancy restaurants and cars, but all destroyed. Like war.

LBB> What other pieces of work that you've been involved in are you most proud of and why?

V> I shot a FIAT spot recently that became famous because of a huge coincidence. The song in it is called 'Vem Pra Rua’ – the lyric is 'Come to the streets, that’s where the people belong…' It launched a few days before the riots in Brazil began and the crowds on the streets started to sing the song. It became their anthem. It was pretty surreal.

V> As I mentioned, I have three projects to direct in the next couple of months. After that I will probably go on vacation for two or three weeks!