Director on helping launch the Copa90 YouTube channel, his time at the circus and shooting a Tough Mudder doc series for Sky Sports 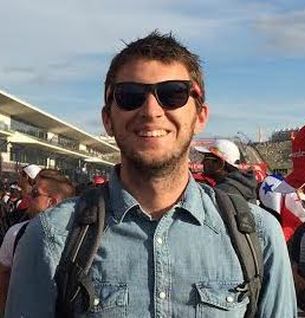 Tom Mallion has been on set since his first job as a circus light engineer at the age of 13. What’s more, he’s always been obsessed with the finer details of filmmaking – before watching a movie as a kid he’d always watch all of the special features beforehand, and after watching he’d give it a second view but with added audio commentary. Brilliantly nerdy behaviour that’s paid off. After a stint as a production manager he was left a little unsatisfied, wanting to be shooting the films himself. And so he set about becoming a director full time. He helped launch the amazingly successful Copa90 YouTube channel, playing a fundamental role in reaching 1 million subscribers, and right now is directing a documentary series for Sky Sports about professional athletes participating in the gruelling Tough Mudder competition.

LBB’s Addison Capper chatted with him to find out more.

TM> I grew up on the east coast of England near Great Yarmouth and was always playing down the beach until I collared a school friend to give me a job at his family business, which was a circus. Aged 13, instead of beach-filled lazy summer holidays, I was working as a spotlight operator alongside some of my best mates. From then on I’d be jet-skiing, wake-boarding or taking part in other sea/beach based fun in the morning and then would go on to do two shows at the packed circus building come the afternoon.

LBB> When did you realise you wanted to be a filmmaker?

TM> When I bought a DVD I’d often sit and watch all the extra features before the actual film and then after watching the film, I’d watch it again but with audio commentary. Yes, I really was that sad. I loved to find out how they shot certain scenes and it gave me a lot of inspiration. I did photography at college and then went on to do media production at university – which only increased my passion for filmmaking.

LBB> You cut your teeth at Copa90, which is an interesting path because it isn’t strictly advertising. How has this approach benefited you do you think?

TM> Copa90 was an amazing experience. I came on board right from the get-go, so being part of a channel and helping it grow to over 1 million subscribers was incredible. We were really engaging with our audience, and it was that interaction that benefited me the most. We could test ideas on this audience and get instant feedback – It was very different to working on commercials which I did for the three years previous. As readers will know, commercials are made and it’s a well-oiled machine, but when it came to Copa90, it was new territory. I enjoyed getting involved with the data – thanks to YouTube you could see exactly when people were switching off or when they liked something, so it was the challenge of creating a better documentary each time that I really found rewarding.

LBB> Copa90 has turned into a huge entity - what can brands learn from the platform?

TM> Brands could and should learn that the best content is genuine and organic to be engaging. Shoehorning isn’t an option. Brands need to find the right content/platform that is an honest fit otherwise audiences disregard it. YouTube is so much about personalities, and those personalities are so open and interactive that if a brand comes between that then they just ignore it, or have negative feelings towards that personality.

LBB> A lot of your work is very rooted in football - why is your relationship to the sport so strong?

TM> I have always been into sport – I can genuinely sit and watch any sport on TV or live and enjoy it. That is why I love the Olympics so much, the variety you can watch each and every day is amazing. When I was selecting my university degree in 2005, I said to my mum that I wanted to be working at London 2012, so how can I do this? I carved out a plan, and seven years later I was part of the TV team on the Olympic Park. My goal was always to make sports documentaries and it’s something I am very passionate about.

LBB> Which other avenues do you enjoy exploring?

TM> I really enjoy personal stories – so when I was offered my latest project to direct six Olympians as they take on Tough Mudder, I jumped at the chance. I love personal challenges such as a Tough Mudder (a 10-12 mile obstacle course through, yes, you guessed it… mud). It has also allowed me to uncover how each athlete trains and prepares for their individual sport, as I get to join them, whether that be running, cycling, skiing – so it’s a series that I’m thoroughly enjoying making, a true labour of love for me. It’s going to be on Sky Sports in the summer, so it’s also exciting to see a company like Sky back a relatively new sport like Tough Mudder.

LBB> You were a production manager before joining the Copa90 team - was it always the plan to become a director or did you toy with producing too?

TM> I did toy with the idea of producing, but my moment of realisation came when I was PMing a big Budweiser FA Cup commercial – we had several locations, lots of extras, footballers and the atmosphere on set was great, but unfortunately when it came to all the fun stuff I was sat in a back room on a laptop planning the next day… I know lots of people that enjoy that part, when your work as a PM is done and you can get on with planning the next shoot, but for me I really wanted to be on the other side and be out there shooting it. So I chatted to my two brilliant mentors in Danny Fleet and Theo Delaney of Hotspur and Argyle and they gave me some great advice on where to take my career.

LBB> What lessons did you learn in that role that have aided you as a director?

TM> As I have done right from my circus days, I listen and like to learn from everyone around me. I like to make sure that I’ve got at least a vague idea of what everyone’s role on a job is and that I know something about what they do. So that if something was to happen I could chip in and help out.

TM> Our first documentary at Copa90 will always be a special one, it was about a small club in Northern Spain that was saved by funding from fans around the world. The club, Real Oviedo, really opened up its doors to us and by the end of the week we were treated like royalty by the town’s locals for coming to cover the story about their club. Filming it will be an experience I’ll never forget.

Copa90’s 1 million subscribers film – it was a big moment for all of us who’d worked on the channel and to achieve that milestone was so unforeseen at the beginning that we had to make a film that suited our ethos. So instead of doing a video simply saying thank you, we actually travelled around Europe, visiting the people that had helped us get to 1 million subs, and gave back to them through donations specific to them.

LBB> What do you like to get up to when you’re not making films?

TM> You still can’t get me away from sport – when not making documentaries about it, I’m doing it! I run and cycle a lot – I take part in triathlons. But I also have a quite unusual addiction to bread, so when I stop filmmaking expect to see a bike themed bakery near you!