The Nexus director on his hilarious dystopian short ‘After The End’ 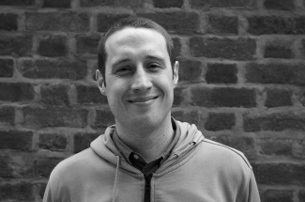 Post-apocalyptic stories are usually pretty bleak affairs. But all that doom and gloom can get a bit boring and watching people fight wave after wave of zombies ends up feeling repetitive. Thankfully, ‘After The End’ provides a more entertaining take on the end of civilization. This short film from Nexus director Sam Southward imagines life after an apocalypse in which an intelligent author believes he is the last man on Earth. That is until Gordon and Dolly turn up (you’ll have to watch the film below to find out more about them).

LBB’s Addison Capper chatted with Sam about the cross-planet, multi technique production process for After The End, plans for the future, and more.

LBB> I’ll admit, I find a lot of post-apocalyptic films boring and samey – but wow, what a revelation ‘After the End’ is! What inspired the story and comedic approach?

SS> 'After the End,’ is my graduation film from the NFTS. I had wanted to do something post-apocalyptic for some time as I love the visuals you can create in a destroyed world, but also feel it can be used as an interesting lens to talk about our own time. I love comedy and find it such a great way to write; when it is done well it provokes such a positive reaction from the audience but can also deliver a strong message. At the time I began writing it (early 2014), there hadn’t really been a humorous take on life after some kind of apocalyptic event, so I used this as the starting point.

Without being too specific, I decided to have our apocalypse brought about by mankind itself; the film’s story then becomes a microcosm of the destruction of mankind ironically repeating itself, with no lessons learned. Thematically the film was first about snobbery and the clash of high and low ideas of culture. Dolly was originally just a prop in the story, but then became a character as the film continued to grow and develop.

LBB> When building the characters, where did you look for inspiration? I love how they’re both very real and relatable, but still clearly quite insane from the isolation…

SS> When I first began to imagine these characters, I could see them and hear them. We had two amazingly talented actors, Peter Caulfield and Tom Davis, who really took the characters into a whole new dimension. Even before the animation started and we just had the voices, you could already feel the drama and emotion. When we moved into the animation stage, all of our animators were incredible and added so much to the performance of the characters. After briefing everyone in as much detail as I could, I encouraged the team to be experimental and have fun, which is when a lot of the real detail and mannerisms of the characters started to develop.

LBB> The film combines live action stop motion with CG - why was this the right approach for the film? How did you make it happen?

SS> The technique used in 'After the End' is live action miniature sets with CG characters comp’ed in. In my work I always enjoy mixing live action and CG elements, I really believe it’s like magic but without the need for a pointy hat and beard. The film is a development of that, borrowing from the charm of stop motion miniature sets and the beauty and texture you get by using real light.

LBB> I understand the animation was a fully-fledged, cross-planet process! Tell us about what it involved…

SS> The team I had was absolutely amazing and worked incredibly hard. Once we had shot the back plates, we began the animation, two fully lip-synced characters and over 200 shots, a really mammoth amount of work! A lot of our animators worked remotely and were based all around the world. I would wake up at six in the morning in the UK, send out my feedback from the previous day, work a full day up until 10 or 11 at night, then our animators in America and Brazil would wake up and start sending though their work to review, which basically meant we had a 24-hour production. I was sending emails right up to going to sleep. It was absolutely exhausting but everyone was so talented and worked so hard it allowed us to complete such a large amount of work. I am equally as proud of how well the team worked together as I am of the finished film.

SS> I was incredibly lucky to work with such an amazing sound designer, Ben Hensor. The main challenge was how to convey the emotion and atmosphere of our dead and empty world. You might think the sound design for this would be quite minimal, but it was in fact incredibly layered and complex and had to hit all of the right nuances at the right time. In our story the world around the characters is almost another character itself, it changes to amplify what is going on at that point in the story, the way the sound behaves in this process is as crucial as the visuals. Equally the film’s composer, Antonio Nardi, was amazing to work with. While a lot of the sound design amplified the atmosphere of our world, the music gave further depth to the characters and provided individual motifs for each of them, re-introducing the idea of a cultural clash.

LBB> How would you define your directorial style?

SS> I think my voice is much more about a tone and humour rather than focusing on a particular style. Because of this I am always going to mix techniques and approaches and try to create something new; this also makes it more interesting for me creatively. What really interests me is character-driven stories and trying to create a look that hasn’t been seen before.

SS> I was born and raised in South London, which in the ‘80s and ‘90s definitely had a post-apocalyptic feel. Growing up I loved comics and cartoons and always felt the need to tell stories, but I was always quite resistant to the idea of becoming an animator as I thought I wouldn’t have the patience to draw the same thing over and over again. I began to experiment making little films and loved finally having an outlet for my stories, but it was when 3D computer animation packages first became available for home computers that I had my eureka moment. I suddenly realised that I could literally create anything I wanted inside these programs and had complete control and freedom. The irony is that I had originally experimented with 3D, naively thinking it would be quicker than traditional animation, but when you get down to it, it is easily as intense and time consuming as all animation is!

LBB> What’s up next for you? Could we see any After the End spin-offs or extension projects?

SS> You haven’t seen the end of Dolly and the boys! When writing 'After The End' my co-writer, Samantha Collins, and I had so many ideas, the original script was about three times the size of the final film. We plan to develop it into an ‘After The End' series. We have already penned the outlines for the next few episodes and an overall story arc, so exciting times ahead.

LBB> What kind of commercial projects would you like to work on?

SS> Since signing with Nexus I have been amazingly busy, I have just wrapped on a really creative AR project that will be released soon and I am about go into production on another incredibly exciting commercial. On top of this I am always writing and have a few scripts that I am slowly developing and a music video that should go into production in the next few months.

LBB> How do you keep your creative juices flowing outside of filmmaking?

SS> Outside of animation I love DJ’ing and I work on street art and fashion projects. I think these really complement my long form, completely immersive animation productions. I love that my music, painting, comedy and animation all provoke reactions from the audience and I feel I am lucky that I am able to do them all.