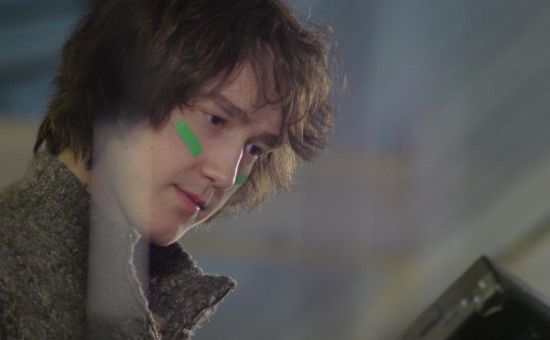 Heads up. If you’re the type of person who reassures themselves with mantras like ‘it’s never too late’ and ‘you’re only as old as you feel’ and ’50 is the new 30’, you might want to think twice about reading up on Outsider’s new director Rob Savage. At 18 he directed his first feature film (while also juggling his A-Levels), at 20 he won the Raindance Award at the 2012 British Independent Film Awards and now at the age of 22 he’s signed to Outsider and is working with the likes of BBH. LBB’s Addison Capper caught up with Rob to find out how he went from aspiring comic book artist to hotshot young director.

RS> I grew up in Shrewsbury, famous for being the birthplace of Charles Darwin (though he famously hated the place). It's nice and green and a little bit boring if you're a teenager. In fact most of my teenage years were spent stashing as much alcohol as I could convince strangers to buy me in a tree hollow and then spending the weekends drunk in a wet field. Aside from that, I was known as the “Art Kid”, because I was always drawing. I wanted to be a comic book artist and even got some great pointers from my neighbour Charlie Adlard, the artist behind The Walking Dead.

LBB> You released your debut feature when you were just 18. How did you pull it off? Were you studying at the time?

RS> I was in pre-production while sitting my A-levels and got my results mid-way through the shoot. I think that the main reason the film happened at all was that I made a conscious decision to get it done and even announced the date of shooting (my 18th birthday) almost a year beforehand, so that I'd be locked in. I decided that however much money I could raise (£3,000 in the end) and whatever equipment I could get my hands on, I'd start shooting the movie on that date. I was even going to make it as a Dogme 95 piece at one particularly penniless point. I got my crew excited and started casting before the script was even finished – the idea was to involve so many people that if I were to cancel the project, I'd lose every single one of my friends. Fear of social embarrassment is what pushed the film to completion.

LBB> And speaking of studying… Where did you learn your craft?

RS> A lot of my knowledge comes from my obsession with comic books. As mentioned, my original life goal was to be a comic book artist – essentially a director with full control of every single aspect of the world and nobody to answer to – before I opted for a more sociable career path.

When I was twelve or thirteen I saved for the best part of a year and bought myself a flip-cam, which I used to film everything I could until whatever I was filming told me to stop or ran away. I'd follow my family around the house and film them carrying out dull household chores; I'd make them sit for hours while I lit them with angle-poise lamps; I stained the walls of my house with ketchup-blood while shooting a still unfinished horror spoof of Home Alone. I also watched anything I could get my hands on and stuck to a regimented schedule of films from around the world and of every different genre, sometimes choosing a country/genre/era at random and then watching as much as I could until I believed myself to have enough understanding to move onto the next. Reading that last sentence back, it is dawning on me that I might have been a bit of a loser.

LBB> Can you tell us a bit about Strings and its narrative? What was the inspiration behind the story?

RS> Strings is about the long, hot summer between the end of college and the start of university. A listless exchange student from Germany and a shy British boy start a relationship that they both know will only last the summer – as a time-killer, more than anything – while their best friends' relationship deteriorates in the face of university and the scary adult world beyond their small town. We see these relationships paralleled: the blossoming of one, and the death knell of another. As you've probably guessed, it's highly autobiographical.

When writing the movie I was reading Robert Rodriguez’s “Rebel Without a Crew” like the bible, and took his advice of assessing what materials you have to hand and working with them. I had access to my college over the summer, and was surrounded by friends whose first relationships were failing in various spectacular ways around me, and decided to work with the material to hand. The making of the film was also a chronicle of my own romantic failures – several nights after shooting I would have an argument with my girlfriend, and then the next day it would be worked into the movie in some way. She broke up with me shortly after, as you would expect.

LBB> How long did it take to make and what were the most memorable moments during production?

RS> We shot for around 30 days with no real schedule and a lot of improvisation, which led to almost 70 hours of raw footage to sift through. I look back on the shoot with rose-tinted spectacles now, but a good portion of it was nightmarish. By the end of the shoot I was running on about 3 hours sleep a night and, as we were gearing up towards our biggest set piece, the biggest disaster of the shoot occurred. We had organised almost 200 extras for a concert scene, who were being collected by bus and taken to a venue that we had booked months in advance. Then, the night before, we received a call from the owner of the concert hall saying that he had decided to kick us out and give the space to a bunch of Morris Dancers who offered them a bit more cash. We spent that night running around in a panic trying to find another space and trying to get in touch with every one of our extras to inform them of the venue change. At the 11th hour we found a place (costing us three times as much) and managed to herd about 80 extras to the location. Then, on the first take, a particularly energetic extra knocked the camera out of my hand and onto the floor, breaking a chunk of it off. We performed battlefield surgery on the camera and managed to get the scene finished by some miracle. I still hate Morris Dancers to this day.

LBB> You’ve picked up the 2012 BIFA Raindance Award for the film - how was that for you?

RS> The BIFA was an incredible full-stop on the whole experience of Strings, a lovely validation of everyone's incredible effort. The most bizarre thing was rubbing shoulders with some of the amazingly talented people who inspired me to make films in the first place – Terry Gilliam giving me a nod as I accepted the award is still one of the most surreal moments of my life. I was also able to gift the award to my parents, who lent me £500 to finish the film and who would have been completely within their rights to have pulled the plug on the film after being banished from their house for days at a time while we filmed.

LBB> You recently signed to Outsider for commercial production - what appealed to you about shooting short form content?

RS> After spending over a year on Strings, I was more than ready to jump into some short-form projects. Strings was a brilliant, messy, sprawling experience, but it only represents one aspect of my filmmaking ability – I also enjoy being able to spend time on every aspect of a shorter piece and to have the clarity of focus that comes with it, rather than having to always be stepping back and considering the whole, gargantuan form of a feature. Following Strings I directed a handful of music videos for some of my favourite bands, experimenting in different styles and approaches so that my catalogue of work demonstrated my ability to shape my approach and tell all manner of stories, in all manner of styles. It felt thrilling to be able to shoot something and have it released within a matter of weeks – a welcome break from the months-upon-months I spent editing Strings, wandering if it would ever find an audience.

LBB> And your first commercial - Barclays ‘Picking Ourselves Up’ via BBH - aired very recently. How did you find your first foray into adland? How was it working with someone like Nick Gill?

RS> I couldn't have asked for a better project. I loved the idea from the moment I read it, for me it was an opportunity to pay homage to what I consider the greatest football scene ever filmed: the 5-a-side match in Ken Loach's “Kes”. Nick, who had the same scene in mind when he conceived the spot, was a absolute pleasure to work with and his belief in me meant a great deal. It was immediately clear that Nick and everyone involved cared very deeply about the piece, and that everyone was working towards the same final product – a moving, raw and authentic advert imbued with the infectious energy and optimism of the sport.

LBB> I love how real the spot seems - it really takes me back to playing football as a kid. How was the shoot set up? Was much of it acted or is a lot of it just kids playing football? What kind of conversations did you have with them?

RS> Authenticity was the key-word throughout pre-production. We cast real teams, parents and coaches so that the atmosphere of a real game could be replicated as closely as possible and so that the kids could forget the cameras and focus their energy on what they do best: playing football. We shot with zoom lenses so that the cameras weren't intrusive in any way and allowed a lot of the action to play out in long, unbroken takes, so that every player could orientate themselves within the game. We set up little scenarios, such as the goalie attempting to save an onslaught of kicks, but the natural competitiveness between the teams meant that scoring a goal or taking possession became the only important thing, and they quickly stopped playing up to the cameras.

When directing the kids, I chose to give them very loose notes, telling them what I wanted to see out of them over the course of the game, rather than trying to manufacture everything moment by moment. I told them that the game they were playing mattered, and to play as though it mattered – if you score a goal, celebrate. If the goalie lets one in, you should be disappointed.

LBB> For a filmmaker of your age you have some amazing projects already under your belt. What are your aspirations for the next 12 months?

RS> I'm finishing up a short film that I shot prior to the advert, a revenge thriller called “Healey's House”, that I'm very excited to start taking around the festival circuit. I'm also developing a handful of feature film projects with companies including Vertigo Films (who are releasing Strings), the first of which should be shooting early next year. My hope is that, in twelve months’ time, I will have a few more distinctive adverts under my belt and will be able to build as interesting a portfolio in the commercials world as I am building with my features.