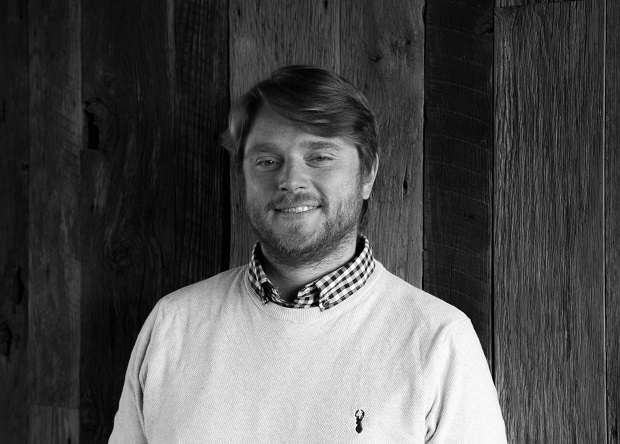 A fast rising talent at MPC, Peter Oppersdorff has risen from assistant colourist to colourist in under five years. With a passion for film making he has amassed experience in many areas of the process from graphic design to directing and photography. He attributes his early success to an interest in travel photography, of understanding the language of a DOP and feeling comfortable in the suite with anyone.

Here he tells us how Duncan Jones' 'Moon' got him in to colour grading, how growing chillies helps with the creative process and the advice he'd share to other young colourists...

LBB> You were promoted this summer, how have you settled into the new role?

Peter> I'm very proud of what I’ve achieved. When I joined the industry in 2010, becoming a Colourist here at MPC was my goal. To now be part of this world-renowned team is a really inspiring thing. I've been lucky to have learnt my craft under the best in the business and the wealth of experience I’ve gained so far has allowed me to hit the ground running. Right now I just want to stay focused and continue working hard.

LBB> Becoming a colourist requires specialist skills and training – how did you end up in this career?

Peter> I've had a fairly diverse creative background over the years, moving from graphic design into film making and photography. Film making was always my passion and I knew I wanted to spend my career in the industry. At university I was focused on directing and making experimental films, but ultimately found it a very frustrating endeavour. I was drawn to the post side of things as I preferred the control I had over my work and I was pretty handy on the majority of the Adobe Suite. I did a week's work experience at Molinare straight out of university and was introduced to the world of high-end grading when I briefly observed a session for the film 'Moon' by Duncan Jones.... and it lit a fire in me. It encompassed all of my skills and passions as an artist and person. It really suited me down to a 'T' and I’ve been more or less obsessed with it ever since.

Moon (2009) directed by Duncan Jones - an early inspiration for Peter

LBB> Tell us a bit about your role as an assistant colourist - how long were you doing it for? What tips would you give someone just setting out as an assistant?

Peter> I was an assistant between August 2015 and July 2018, before stepping up to Junior Colourist and now Colourist. Prior to that I was part of a hugely experienced data lab for 18 months, so I was more or less submerged in the official world of colour grading for 5-6 years.

I loved assisting, I thrived off the responsibility and as a constantly evolving platform it always presents new challenges. It’s a tough job though, with long hours and it can be particularly demanding, especially when you start pushing your own work and try to network and get that showreel in order. It never stops, really. So my first bit of advice is to keep that work / life balance in check, it's important.

Secondly, if you’re lucky enough to have a mentor(s) who is open and happy to share their wealth of knowledge, make the most of it. Pick their brains, see how they handle clients and manage projects. You simply can't put a price on that knowledge at this stage of your career.

LBB> What are the most important lessons that you learned early in your career?

Peter> It's a constant learning curve, but the toughest and best lesson I learnt early on was that I wasn’t as technically savvy as I thought I was. It was quite a harsh lesson to go from being what’s essentially a mature creative mind at university, to basically realising I actually had very limited technical knowledge in my chosen field of expertise. However, this sobering realisation was the catalyst for my desire to constantly learn about my industry and craft. These days I'm as comfortable speaking to an Engineer about colour science or a DIT about wrangling, as I am having conceptual creative debate with a DP or Director in the suite, and it's because I've pushed myself to keep learning about my craft every day.

Peter> Narrative, commercial and music videos all have their own subtle characteristics, of course. In a very broad sense though, I always watch the edit through several times and the style of photography, pace of the edit and choice of music or score will contribute heavily towards my decision on where to go in a grade. We should be respectful of the work that's gone into the pre-production and shoot, first and foremost.

LBB> What’s the key to a successful director-colourist collaboration?

Peter> Communication and time. Being able to communicate clearly with one another is obviously key in a session if you want to get anywhere. However, some of my best work has come from having long relationships with the people I collaborate with. I consider my 'clients' as friends, and that makes the sessions fun, the ideas flow and you can hit the ground running everytime.

LBB> At LBB we always talk about the relationship between colour grading and photography – a lot of colourists are really into it. Is that something that you're into or that inspires your work?

Peter> Yes, and no. My uncle Matias Oppersdorff was a published travel photographer from the 60s and 70s, so photography is in my blood. I grew up reading National Geographic, and when I was younger, I also wanted to be a travel photographer, which is still my dream job (sorry!). I love taking photos and visiting galleries as much as time allows, and I know what looks good. I'm not a purist though, I don't think someone needs to be into photography to be a good Colourist. You can't teach creativity or taste, but it is important to be able to speak the language of DoPs. We are their left hand essentially, so it’s important to understand the decisions they have made on set and how it affects the image you are looking at in your suite.

LBB> Which projects have you been particularly proud of and why?

Peter> I recently worked with Emile Rafael of Agile Films on a charming little spot for 'Mr Porter'.  It's essentially an insight into the philosophy and approach of Nicolas Gabard, a master tailor from 'Husbands' in Paris.  It was a great opportunity to create a look that would elevate the narrative to another level and bring the audience into the charming worlds of his studio and the streets of Paris. We went for something textured and filmic, akin to that typical 1970s American cinematic look. It’s the perfect way to merge naturalism with stylisation and the astonishing visual control from the DP Spike Morris, gave me the best platform to create something engaging and beautiful.

LBB> Where did you grow up and what sort of kid were you? Were you quite creative as a child?

Peter> East Devon’s finest! I was lucky to grow up in the West Country, by the Jurassic Coast and I always loved being outdoors when I was a boy. Creativity is hard to define at that age. I liked making things, I enjoyed painting and I was decent at drawing. However, it was only when I was exposed to design and photography in my teenage years that the cogs started really churning and I found ways to express my creativity fully. I was always quite experimental as an artist, designer and film maker and I am still all about creativity, ideas and experimentation in the suite.

LBB> What advice would you give to young people thinking of getting into the industry?

Peter> The advice I was given has stood me in great stead and that was to 'be patient and work hard!'. It's true in any walk of life, but particularly rings true in our industry and in my particular my line of work.

My personal advice would be to simply take pride in what you do. Whether it's delivering a client lunch, QC'ing a file or grading a promo, take pride in it and that attention to quality and detail will always make you stand out from the crowd.

LBB> Outside of work, what do you like to do? Any obsessions that keep you occupied?

Peter> I'm a bit of a chilli-head. I like to grow them and make sauces as a bit of a side hobby. It's just a nice therapeutic hobby that keeps me occupied all year round and correlates nicely with my other passion, cooking! I like to draw a lot of parallels between our craft and cooking. The process and method are both key, we have a wealth of history and tradition to inspire us and yet there is always room for something new and inventive. Cooking at home is a great way to relax and still be creative.

Peter> On a creative level, Stanley Kubrick. I studied his work in college and he inspired my love of cinema and film making. He's an unrivalled genius and his attention to detail is quite frankly insane.

I also take a lot of inspiration from the top chefs around the world. They dedicate their lives to perfecting their craft, often reinventing themselves several times over. It's constant refinement and innovation. If that's not inspiring, I don't know what is. Anyone who has watched Chef’s Table would concur.