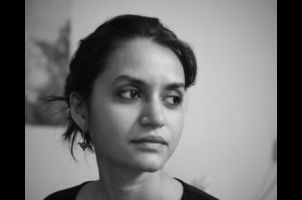 Payal Kapadia’s thoughtful films weave strands of mythology, traditional storytelling, humanity and emotion and the effect is equal measures dreamy and disquieting. She’s still a student and is currently working on her diploma film but her most recent outing, Afternoon Clouds, so impressed the selection committee at the Cannes Film Festival that she was the only official Indian representative showing work this year. LBB’s Laura Swinton caught up with Payal to find out more about her work and inspiration.

LBB> When did you first pick up a camera?

PK> I didn’t pick up the camera till I was in college because at the time it wasn’t as easy for everyone to have a camera as it is now. I borrowed a friend’s camera to make a small animation film based on a painting of Matisse.

LBB> When did you decide that what you really wanted to do was direct films?

PK> While at college I attended a film festival of experimental films called Experimenta. There, I was exposed to a whole new range of films which completely changed my perspective on the possibilities in cinema. Watching these films made me think that perhaps this was something I would be interested in doing.

LBB> Are you still at film school or have you graduated?

PK> I am still at film school and will be graduating shortly.

LBB> At the start of a short film project, how do you decide what sort of story you want to write and tell?

PK> It is difficult to decide what kind of film you want to make. For me, it is a culmination of many months of the same preoccupations that finally end up as a script. Often it is in the writing process that the film is revealed to me. Most times I am searching in the dark for some form. Sometimes it works and other times it fails. But that is, for me, an honest process.

LBB> You were selected to go to Cannes with your film Afternoon Clouds. That must have been eye-opening! What were the key things you learned about the business from attending the festival?

PK> Honestly, I didn’t learn much about the business of filmmaking. But the experience was very humbling and I learnt a lot from my fellow participants from around the world who were also presenting their films there. I was selected in the student section so it was quite a privilege to see films made by my peers from different film schools.

LBB> What was the inspiration behind Afternoon Clouds?

PK> The film was made as an exercise at school. I had spent many years living with my grandmother and her Nepali domestic help. There was a deep sense of loneliness and isolation in that house. I wanted to explore these feelings through the film.

LBB> The Last Mango Before the Monsoon involved a bit of night time wildlife cinematography! I can imagine that was a challenge – how did you go about capturing that footage? Were you worried about whether or not you’d get what you needed?

PK> Last Mango was made with some help from a group of young men who run the Shola Trust in a small town called Gudalur which is on the border of an elephant sanctuary. It was their research of capturing animal activity at night that interested me. They had already shot a lot of the night vision footage which they very kindly gave to me. The rest of the shoot happened in other parts of the Western Ghats over a long period of time.

LBB> I love how some of your work plays about with animation, watercolour… Why do you like experimenting with that kind of aesthetic?

PK> I like to explore painting through cinema. So the elements of paintings do come into my work. I like to work with my hands and feel that a slightly unfinished, simple stop motion animation can add a layer to the moving image. Cinema is one medium that allows for these flights within its own structure.

LBB> As a director, what’s the key to bringing the best from your actors?

PK> Acting in cinema is still something I am exploring. With every project I am learning new things about acting and working with actors. I think I still have a long way to go.

LBB> What are your ambitions as a director?

PK> After graduating I would want to take some time off and figure out for myself what path to take ahead. But I think I would want to make smaller, more quiet films. Even after spending many years in film school I feel that the learning can never stop.

PK> I am very inspired by the films of Apichatpong Weerasethakul. He is one person who has really pushed the boundaries of the medium in current times. I also enjoy the work of the artist William Kentridge who uses animation, video and theatre in his work. Lastly, the paintings of Indian artist Arpita Singh are always very evocative and the mood and feeling she is able to generate is far beyond what cinema can do.

LBB> Outside of directing, what do you enjoy doing? What inspires you?

PK> As I am influenced by paintings I do like to look at the visual arts. I love examining the old masters and especially western artists like Gauguin, Matisse, Balthus, whose use of colour, composition and light are always very inspiring.

LBB> Are you represented by any production companies? And are you keen to get into directing things other than short films, like music videos or commercials?

PK> I am not represented by any production company. Over the next year I want to work on a feature length film and hopefully find some form of funding for it.

LBB> I guess like the rest of the world, India has traditionally had a lot more male directors than female – is there a sense that that’s changing?

PK> Yes, this is true. In my class at film school I am the only woman. Although this is changing, there is still not enough female presence in cinema as there should be. Hopefully over the years, things will improve.

LBB> What are you working on at the moment?

PK> I just finished shooting my diploma film. I am also finishing the post production for an experimental documentary I shot in the summer.