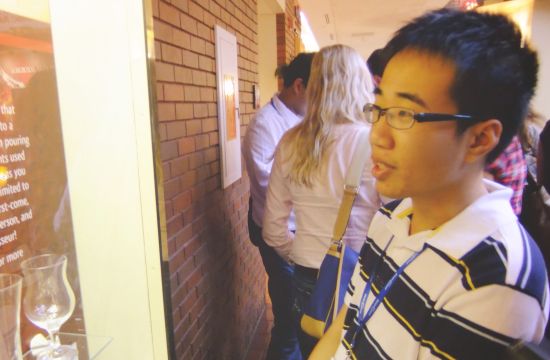 Prior to venturing into adland, Neil Zhao trained to be a certified brewmaster. After spending years studying, passing tests and perfecting the art of beer, he eventually found himself drawn to a new challenge. Neil’s burning desire to travel and explore resulted in him leaving his brewing career in the US, where he studied at the Anheuser Bush in St. Louis, and heading back to his native China to begin a new path in advertising. This ambitious man’s brewing days aren’t over, though. LBB’s Addison Capper finds out why.

NZ> I was born and raised in Shanghai. It’s a super busy city that kept my parents, whom I love dearly, busy during my entire childhood. My parents’ busy schedule made my grandpa take on the role as the guardian looking after me; he kept me from either getting bored or getting into trouble. I excelled at both…

Grandpa Zhao holds very traditional views about raising a man. The ability to write, work hard and drink alcohol was highly valued. He was the one that dipped chopsticks in his beer to test my drinking ability 30 days into my life. If ever there was a trophy for ‘Youngest Under Aged Drinking Not By Choice Award’, I would have have won it.

LBB> Prior to your career in advertising you qualified as a certified beer brewmaster/head brewer. Where does your passion for beer stem from? And do tell me… how does one go about actually becoming a brewmaster?

NZ> Grandpa planted it in me. I just took it further. In order to become a brewmaster, you first have to spend a lot of time learning the knowledge of crafting beer, in order to pass tests from The Institute of Brewing & Distilling. With the short attention span that I have, it took around 18 months.

But more importantly you have to find yourself a job, spend some time in a real brewery and actually craft some golden liquid before you can officially call yourself a brewmaster. This is a much harder step to cross, but I was lucky enough to get enrolled on an apprenticeship with Anheuser Busch in St. Louis, USA early in my career. I spent months in a brewery learning American lager craftsmanship.

LBB> Now that you're in advertising, how do you channel your skill and passion for beer?

NZ> Apart from being totally jealous of the guys in my office doing beer ads, I haven’t found a way to channel them. But I’m not worrying about it; the day will come that my own beer ad is being broadcasted during an event like the Super Bowl and being watched by millions. Possibly even with me as an extra in the background!

LBB> What else do you like getting up to outside of work?

NZ> I like travelling and seeing strange, foreign things. I have been to more than 20 cities in China, across America and most of Europe. Now I plan to explore more robust and exciting places, like India, Brazil, Mexico. But have to find some funding first! I was also an obsessive collector of Reader’s Digest; knowing trivia and random jokes calms me.

LBB> How do your skills as a brewmaster translate to your role as an account manager at Lowe China?

NZ> A brewmaster is on top of everything. Picking the best hops and wheat, making sure the distil is happening at the right temperature and for the right amount of time, and test-tasting the batch before it is bottled. In a way it is exactly the same as what I do at Lowe China. I make sure the input or the brief is strategically sound, I push things through in the middle of the process, and help to ensure that the output is creatively excellent.

LBB> What was the reasoning behind your career change and why did you decide to go into advertising?

NZ> Working with something you love is great. But at the same time there are too many things I want to discover in this world and out of this life. Looking around, there’s only one industry that won’t penalise me for that, and that is advertising. The job has been working out great for me.

NZ> Just staying young, being good at what I do, and travelling around, maybe? Having a 10-year goal is hard. I just hope that, career-wise and life-wise, I won’t be having a midlife crisis by that time. 30 years away from now is easier. I’ll grow a moustache and replace that man in the Dos Equis “The Most Interesting Man In The World” campaign.

LBB> If you could drink one beer for the rest of your life, which would it be?

NZ> Tough question. I guess it would be an ice cold Sapporo Premium from Japan. Pairing it with sushi and wasabi is heaven. 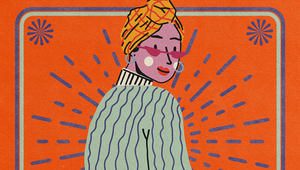 Celebrating the Diversity of Indonesian Women 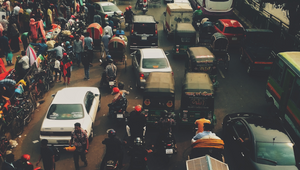 Pushing the Boundaries of Bangladesh's Creative Scene
View all News