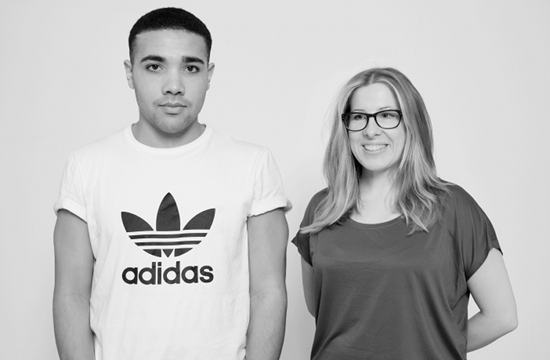 When copywriter Mike Kennedy and art director Pauline Ashford decided to team up, it was something of a ‘creative love story’. Shortly after Ashford finished an internship programme with BBH, she met Kennedy – who was then at AMV BBDO – online. They met for a drink, got along swimmingly, and then set about building a brand new, joint portfolio. It paid off. They spent a long two year stint of interning, which included time at The Corner London where they created the recent Chelsea FC ‘It’s Blue. What else matters?’ campaign. These days they are employed permanently at Grey, and the whirlwind shows no signs of slowing down. Addison Cappers chats with the pair about dark senses of humour, karaoke and the Fresh Prince.

LBB> Where did the two of you grow up and what kind of children were you?

MK> I grew up in a Hainault, which is kind of a limbo between London and Essex. I loved sport so was always massively over-competitive as a kid.

PA> I come from Motherwell, near Glasgow. I was a bit of a bad child, either in trouble or getting someone else into trouble. Saying that, I was also quite shy.

PA> We went creative dating on the internet – Singlecreatives.blogspot.com.

MK> It’s a modern day creative love story. We were looking for similar things, you see, so we met for a drink and got a feel for each other's personalities.

PA> Mike was at AMV BBDO with his previous partner and I had just finished the BBH Barn (internship programme) with my old partner.

MK> From then on Pauline came to meet me afterhours at AMV. We smashed through a ton of new ideas to build our joint portfolio and landed a couple of great opportunities off the back of that. I guess we knew something was right from there.

PA> We complement each other on personality, it’s a case of ‘opposites attract’. Workwise, we have the same visions. 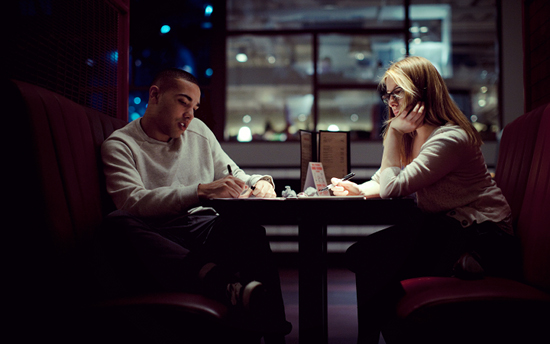 LBB> How do you work as a duo? Do you both chip in on most things or tend to stick to certain tasks?

MK> We do share a lot of the responsibilities. We do all of the concepting together. However, we think it’s good practice to take responsibility for a craft. We say we're a 60/40 split between art and copy.

PA> Officially, Mike is the copywriter and I am the art director. We could’ve been half and half like most teams are these days but we really want to hone our craft in each area, so we chose to focus on one area each, for the time being.

LBB> While interning at The Corner London, you came up with the idea to challenge true Chelsea fans to buy the team's new shirt without seeing it. 'It's blue, what else matters?' has now garnered over 1million views on YouTube - where did the idea come from and why do you think it's been so successful?

PA> Yep, The Corner was our first internship together.

MK> The idea itself was born purely as a rant about all that football clubs do to promote their new kits. We said, ‘Do we really need an ad campaign? True fans will buy the shirt regardless of what it looks like!’

PA> It’s a tongue-in-cheek take on all the fuss of the yearly kit launch. The fact is that football shirts are released every year, but nothing much changes – the colour is always the same. The original line was: “It’ll be blue. What else do you need to know?” It started out as an app, and we were going to sell it for £50 through iTunes. If you bought and downloaded the app, you’d effectively be pre-ordering the new kit. And, as it was a pitch, we worked with Tom Ewart, the ECD and founding partner at The Corner, to make the campaign bigger and touch more media points.

MK> As soon as we heard about the CFC brief, we knew it was one of those rare opportunities to do something really famous. For a start Chelsea have a huge global fan-base, so already we had an audience that would actually be interested in what we were saying. It’s probably been successful because there are Chelsea fans all over the world watching it!

LBB> You're now working for Grey London, permanently, and have already got Vodafone's 'The Wait', and the Sunday Times 'Rich List' prints under your belt. What can we look forward to seeing from you guys in the future?

MK> It was great to come out of what ended up being a two year struggle as interns to fall into such a great, thriving agency. One of the best things is the range of clients we get to work on. There’s so much to get your teeth into.

PA> Recently we’ve been working on quite a few accounts, and some really exciting projects with the CCO, Nils Leonard. We like to keep busy and we still find ourselves stealing interesting briefs!

MK> As a result we’ve got some really interesting bits and pieces on the boil that should hopefully come out soon. 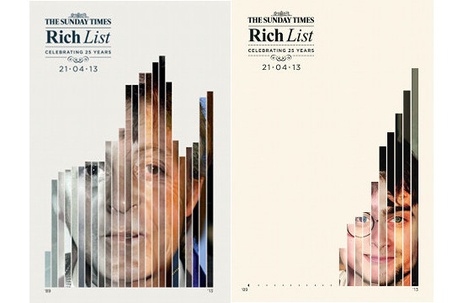 LBB> Vodafone 'The Wait' is excellent - one of my favourites of the last few months with that brilliantly dark humour. Why is that a theme you enjoy exploring?

MK> Thanks! It's not necessary a theme in our work, but we definitely have a dark sense of humour.

PA> We like witty comedy. We worked really closely with our CD Simon Brotherson on the script and he helped us elevate it to a higher level. He has a lot of time for us, even when we’re not working on his accounts.

MK> Anything that pops the bubble of that fantasy, advertising cliché world usually goes down a storm with Simon too. The thing with ‘The Wait’ was that it’s a situation true to life – we’ve all been that poor girl in some form or another.

The guys at Rattling Stick – Sara [Dunlop] and Stu [Bentham] – really made it sing. We couldn’t have asked for a better first shoot experience, we learned a lot and had fun too.

PA> At the same time that we were shooting that, we were also finalising the Rich List print campaign. That was challenging as there was a lot of research to be done to find suitable photos. Putting them together was a bit like an expensive jigsaw.

LBB> Outside of work, what do you both like to get up to?

PA> We make a pretty good karaoke duo - Mike’s the singer and I’m the performance act.

MK> I’ve got a group of friends that are all into being creative in the world of music. Directors, Producers, DJs, etc., so when I have a bit of time free I’ll throw a little mix together.

PA> Right now I spend my money on good food and cheap wine. But I am trying to save up to visit friends in various countries.

PA> I’ve always liked the The Chapman Brothers’ work and, aesthetically, I love Stefan Sagmeister. I also like that he shuts his office for a year at a time to allow his employees to go on massive around the world trips. Ideal.

MK> Kanye West, for his ability to make people love and hate him in equal measure. And Tarantino – for obvious reasons.

Also, Will Smith for turning his blazer inside out on Fresh Prince of Bel-Air. Genius.