Award-winning animator on keeping it simple 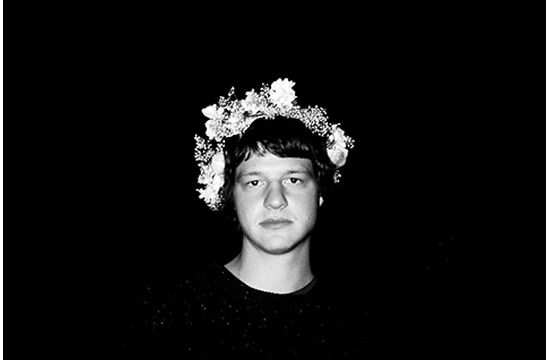 At the age of 15, Michael Frei started an apprenticeship as an architect’s draftsman. After all that time learning how to draw perfectly straight lines, Frei was desperate to get a bit more movement into his work and he turned from architecture to animation. LBB’s Addison Capper caught up with the Swiss director to find out why, when it comes to filmmaking, less is more.

LBB> Tell us a bit about your background - where did you grow up and what first drew you to the art of animation?

MF>  I grew up in different places around the Swiss countryside, but always close to the Lake Constance. Starting at the age of 15, I began a four-year apprenticeship as a draftsman in architecture. This was meant to be my jump into the world of grown-ups. But it seemed quite often pointless to me to draw straight lines all day. I wanted to move and think instead of staying put, waiting for my brain to shrink. I guess that was how I started to get into animation.

LBB> Your short film 'Not About Us' is both beautiful to look at and is very thought provoking. What was your inspiration behind it?

MF> I get asked this a lot. The most obvious answer is so simple that it sounds stupid - my life before the film. It’s a film about the problem of meeting others. I tried to build a construction where you can, if you want, put your own thoughts. I developed and produced the film whilst living in Estonia, Tallinn. It's a place full of contrasts and as such is inspirational.

LBB> Your work uses a lot of traditional animation techniques - why do you prefer to work this way?

MF> My work is very much about reduction. I usually ask myself first what I could get rid of and not of what I could add to something. This approach is something you find very often in illustration but less so in filmmaking. To just draw a simple line on paper frame by frame, scan and edit it on a computer has allowed me satisfyingly control reduction. With my new film I went even further: I got rid of paper and pens without adding any new device to my equipment and drew the film entirely using the integrated touchpad on my laptop. My small touchpad and I are friends now.

LBB>  Which pieces of work are you most proud of and why?

MF> Some of my work takes a lot of time to develop and create, whilst others just happen. The planned stuff exists always as a very clear idea in my head and I try to get as close to this idea as possible - which can't be accomplished without compromise. The surprises that arise quick and accidentally are often as much satisfying as the things you’re wrestling with for a longer time.

'Not About Us' was one of these rather difficult projects. I made it without the intention to reach a bigger audience than the people I knew. With the feedback I got at festivals around the world and online, it started to feel like one of these satisfying surprises that arises quickly and accidentally. It was incredible!

MF> That is a tough question to answer. There as so many great artists out there. I like the strangeness and visual simplicity of independent Japanese animation. I also like the smartness and dark humour of eastern European illustrations and films. I appreciate challenging works that can’t be squished into a certain genre and push the medium in new directions.

MF> I was privileged to travel to quite a few festivals that were showing my new animated short PLUG & PLAY this year. My last film, PLUG & PLAY, plays with opposing elements on the theme of rapprochement. There will be some more festivals I am attending this year and I am also very excited to be part of the jury at the Lago Film Festival in Italy in a few weeks. When I am not travelling, I am working on a secret, animation-related project, whilst developing my next animated short. I hope production starts soon.

LBB> Aside from animation, what do you get up to?

MF> Not much. I'm a quite boring person.