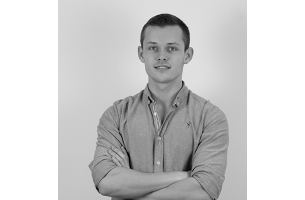 One of Luke Kidney’s first ventures into coding was inspired by microwave ovens. As bizarre as that sounds, the now creative technologist at BBH London asserts that the lessons that came from it set him on the road to adland. Since joining BBH over a year ago he has seen the development team that he’s a part of more than double in size from two to five and has worked on huge projects for the likes of The Guardian’s Oscar coverage. Luke told LBB’s Addison Capper about dabbling in website builds at school, keeping creative juices flowing with a trip to Gozo, and why he’s not so keen on meticulously planning for the future.

LBB> You're originally from Dorset in England's south west - what was it like growing up there? How was it as a creative?

LK> Dorset was a nice place to grow up. It has a strong community, lovely beaches and lots of greenery. Before learning to drive, there wasn’t much to do in the way of conventional kid activities (cinemas, bowling, etc.) so I spent a lot of time going for bike rides, playing football and adventuring around with my cousins and friends.

LK> A bit of a nerd from the beginning! I loved to learn over anything else, be that new skills or general knowledge. I tried my hand at most activities at the local leisure centre, usually chose nonfiction over fiction, and had to know how everything worked.

LBB> Where does your passion for design and code stem from?

LK> I put together my first website during my GCSEs at school. The site was intended to be a quick activity to present the rest of the term’s work, but something clicked and I probably spent more time putting it together than I did on any of the other work actually getting marked! I loved how intrinsically pliable websites are to work with and how easy it seemed to create something so useful and interactive.

LBB> And where did you hone your craft?

LK> I find the best way to improve is to take on projects to learn and build at the same time. In the early days I made some posters and random graphics for people, and put together websites for real and fictional people and companies - including a massively hacked together commerce site for my uncle that I was quite proud of at the time!

One of my favourite experiments was born out of necessity. I needed to make some money and my parents had just had some success in buying bargain microwaves and selling them on eBay for close to retail price. So I scoured the internet in attempt to repeat the success, ultimately failing due to the worry that I’d be left in debt with a room overflowing with immobile household appliances. During the research though, I did find that clearly useless eBooks were inexplicably selling on eBay for £5 a pop. So I bought a few, set up an eBay shop, and had some fun coding the listing. I then automated the entire process using Outlook to read incoming messages and reply automatically with the eBook download link. Unfortunately the store never exactly set me up for life - it barely made me a tenner after eBay shop and listing fees came out! But I learned a lot and had some fun doing it.

It’s easier to improve now I’m working full time on lots of projects, coming up against new problems every day and having talented developers as colleagues to ask questions. But I’m still taking on side projects to help.

LBB> You're a creative technologist at BBH London. How long have you been there and how are you finding the culture within the agency?

LK> I’ve been at BBH over a year and a half now. It was daunting to begin with because everyone is so talented in their areas, but that’s helped by the ‘good and nice’ culture that BBH encourages. The atmosphere can fluctuate rapidly – one week it can be relatively chilled getting work done, coming up with some ideas for in-house projects and going for a run at lunch times; and the next, a project with a fast turnaround time crops up and everyone goes into overdrive.

Generally though, the culture is very good. Creativity is everywhere, there is always someone taking part in charity work, and most people like a chat at the coffee bar!

LBB> Which technological innovations are exciting you at the moment? And which ones can you really see being applicable in your work?

LK> Wearable tech is becoming exciting. Just to name a few, there is gesture control with the Myo wristband, Skully Helmets are augmenting reality by overlaying information on the visor, and Oculus Rift is a really impressive VR headset. Great things are already being made by combining different devices!

We’ve been playing with some iBeacons too in the office. It’ll be interesting to see what we can come up with there.

LBB> Which projects that you've worked on recently have you particularly enjoyed and why?

LK> We expanded our developer team from two to five this year, so it was great fun to work together on our first large project which was an interactive Oscars fashion guide for the Guardian.

I enjoyed it for many reasons. The brief was very open - the Guardian wanted a nice interactive tool but left all of the creative to us, so we had a lot of influence and creativity over the web app. It might sound a little sadistic, but I actually enjoyed the mentally quick turnaround time that we had on this app too. Everyone was racing around trying to get the work done, staying late almost every night of the week and pulling together as a team. It is one of the most complex sites I’ve worked on too, so I learnt a lot by solving problems I hadn’t faced before and watching the rest of the team do the same.

We are currently working on another exciting project for digital out of home screens, but unfortunately it’s too early on to discuss that. Stay tuned for updates!

LBB> On top of design you also enjoy photography - why is that a creative outlet you enjoy exploring?

LK> It’s all too easy to lock yourself away and sit in front of a computer for hours as a developer. I like photography because it’s a great excuse for getting out and exploring and to clear your mind whilst still being creative.

LBB> What else do you like getting up to outside of work?

LK> I love to travel, learn and keep fit. In fact I combined all three of these recently and flew to Gozo for two months, and worked in a dive shop as a Divemaster Trainee! I’m trying to learn Spanish and German, and also have a couple of side projects to work on. Most importantly though, I try my best to keep having fun, keep friends and family close, and make sure to keep life interesting.

LK> Ten years is a long time. I find that if you plan too far ahead, you lock yourself into a rigid path directed into a future that probably won’t exist in the form you expect it to. I hope that I’ll know a lot more than I do now, but the questions ‘what will I be applying the knowledge to?’, ‘where will I be doing it?’ and ‘for which form of sentient being will I be working for?’ I think I will leave to fate. Essentially I love what I’m doing so I don’t expect I’ll change too much! 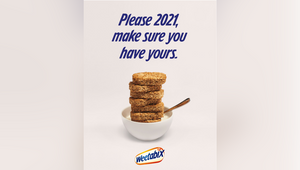 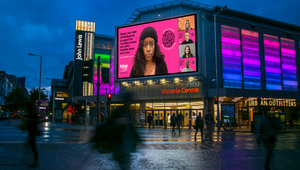 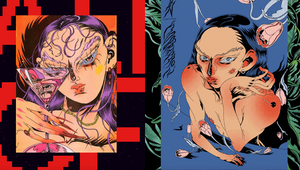 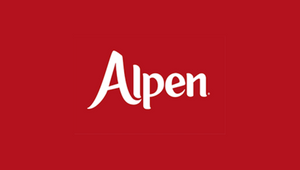 Burger King - Whopper of a Secret