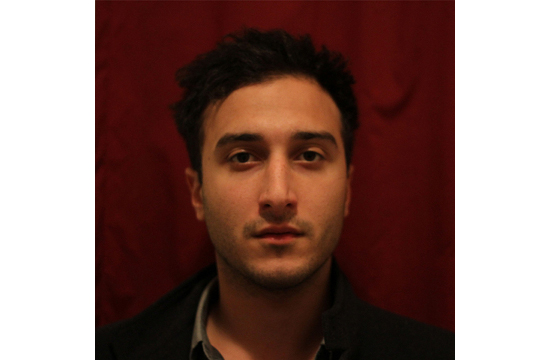 As a child, Lofty Nathan is the first person to admit that he was ‘rowdy’. One of his favourite past times was “running in circles” but thankfully, he’s managed to channel that energy into filmmaking. His first feature length documentary film, 12 O’Clock Boys, premiered at this year’s SXSW Festival. The film, which is about a notorious Baltimore-based dirt bike group, received widespread praise and, since then, director Lofty has joined Stink for global commercial representation. He spoke with LBB’s Addison Capper about the inspiration behind 12 O’Clock Boys and the coming year with Stink.

LN> I grew up in London until I was 10 – then I moved Boston, then Baltimore and then New York. I was a rambunctious and rowdy child and used to like running in circles. I recall once running head first through a closed glass panel door after a long session of running in circles in the living room.

LN> I got into filmmaking while attending college to study painting. I was drawn to film because of the collaborative nature of the medium. I found in it a practice that incorporated everything I enjoyed about art and entertainment.

LBB> Your first full-length documentary '12 O'Clock Boys', about a notorious dirt bike group in Baltimore, was premiered at this year's SXSW Festival. How was it received and what has the reaction been like since?

LN> It was received very well at SXSW – to get such a great reaction after that premiere screening was a huge relief. The continued positive reception after that has been tremendous and it is hugely motivating to receive that kind of validation for my first film. It was a long process and many people sacrificed for it, so of course I'm happy it went to something people seem to enjoy.

LBB> What inspired you to make it?

LN> I was inspired by the initial sight of the group. While I was in Baltimore attending school, I saw the group on a few occasions, tearing through city streets. I wanted to capture how that felt. In time I summoned various films for my inspiration.

LBB> Where did you find the protagonist Pug and why did you choose to base the film around him? 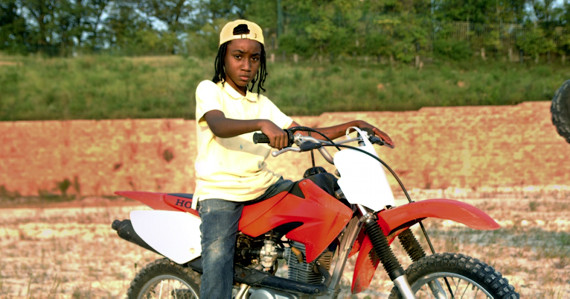 LN> I first met Pug in his old neighbourhood in west Baltimore when another young guy I was filming introduced me to him. At the time I was fishing for content, not even quite realising that a character was so necessary for a film. Pug had a charm, a look of a vulnerable child that felt so connectable, and at the same time he wore that with such distinction. Additionally it was the time in his life that made him so compelling; he was preparing to join the pack and was already so clearly emulating the riders.

LBB> How long were you shooting for and what camera did you use?

LN> I shot off and on for four years, mostly during summers. I used a 7D for the most part, although we were lucky to have access to a phantom camera on a few occasions.

LBB> Tell us about the shoot as a whole - what were the biggest challenges during filming and how did you manage to overcome them?

LN> There's a pretty spot-on, albeit confounding, saying that a producer friend told me: ‘fast, cheap and good: pick two’. We didn't have any money so, to make it cheap and to make it good, we couldn't do it fast. It took a long time – that was the hardest thing. The needed endurance and risk tolerance over such a long time is hard, but worth it.

Filming illegal activity meant that me and whoever was shooting with me had to be wary of police presence. Due to that, I think it was also hard to get financial support for the film as the thought behind documenting the group was not yet necessarily clear during filming.

LBB> You've recently signed to Stink for global commercial representation - how's that going so far and what have you got in the pipeline involving them?

LN> I couldn't be happier about the new relationship with Stink. They have locations everywhere. I'm actually doing this interview from Moscow, and have been able to meet with the Stink Moscow crew while here. I’m looking forward to diving into work with everyone.

LBB> Outside of filmmaking, what do you get up to?

LN> Besides filmmaking I like painting. I come from a background in painting actually – filmmaking was kind of accidental. I've been reading a lot lately, too.