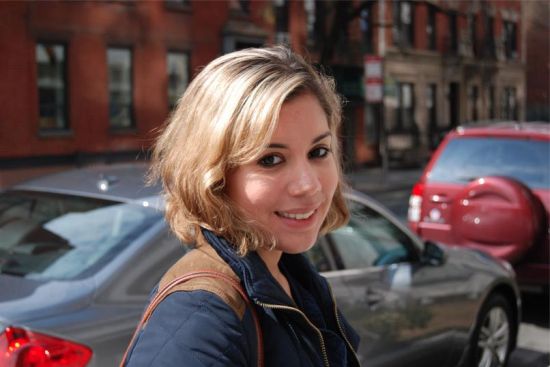 Julissa Ortiz’s young career has proved to be a fruitful one. After finishing an advertising degree in New York she stepped onto the set of Sesame Street – really – as an assistant to the producers. Then she wrote and produced a short film – with the guidance of director Bob Giraldi – inspired by an anguished family situation. And now she is absolutely rocking it as a copywriter at Havas Worldwide New York. The only thing missing is unicorns. Here she tells LBB’s Addison Capper why.

JO> I grew up in the Dominican Republic in a house with a big backyard – surrounded by coconut and mango trees. I have a big family and so I always had my cousins and neighbours around, but as an only child I also spend a lot of time on my own. So I was always really independent. I remember being really into Barbies, but I wouldn’t say I was a girly girl. I just loved to create big stories – more like soap operas! – and those were my actors.

LBB> And where did you learn your craft?

JO> At 17 I moved to New York for college. I attended the School of Visual Arts and graduated with a Bachelors degree in Advertising. At SVA I had the chance to work with amazing professors and was able to start getting work experience early on, through a variety of internships.

LBB> Your first job was in the production apartment at Sesame Street – amazing. How was that for you? What were the most memorable moments?

JO> This was my first internship. I was hired to directly assist two of the producers. I remember on my first day one of the producers was giving me a tour of the office and she said: “You work here now. You’re a part of the team.” It was pretty amazing because I grew up watching the show and now I was working there. I was on set during the production of season 37.

This was a great learning experience, since I was on set with many celebrities that year. We had Jamie Foxx, John Legend, Rachael Ray. I was immersed in the world of TV and that really gave me a solid base for everything that came afterwards.

LBB> After that you wrote and produced your own short film. What’s it about and what inspired you to make it?

JO> The short is called ‘Until Death Us Do Part’. It was written in English, but the dialogue in the film is in Spanish. It’s about an elderly couple struggling with the effects of Alzheimer’s disease. The husband is losing his memory and the wife is torn by it. In the end, she’s confronted with a decision that could change both their lives forever.

The inspiration behind the film was my grandfather, who suffered from Alzheimer’s. Growing up I was very close to my grandparents, and his disease started just before I moved away to college. So I witnessed how the disease destroys the person’s life and how it affects all of the people around them just as much. It was really tough to watch him deteriorate. From there I wanted to explore what would happen between a younger couple, where a lack of love could turn into something darker.

LBB> Director Bob Giraldi advised you on that project. How was it working with him?

JO> Having Bob overseeing the project was absolutely amazing. I learned so much from him. He was such a great voice to have when I was stuck during the script writing and the production. He was always available. And he truly allowed me to develop my own film and grow with it.

LBB> These days you’re a copywriter - what was it that enticed you to make the move from production to agency? Can you see yourself heading back into the production world at any point?

JO> To me advertising is another way of filmmaking. You have 30 seconds to tell a story, which makes it even more challenging. That’s why I always knew I would come back to advertising.

LBB> Which projects you’ve worked have been most enjoyable and why?

JO> Throughout my career I’ve been able to touch a lot of different brands, from phone companies to shaving products to candy to beer to toothpaste to hotels. Every one is so different and you learn from all of it. That’s probably what I love about advertising – it never gets boring.

JO> These days I’m really into running. This year I’m running the New York City Marathon. I’m really excited and scared! It’s my first big marathon. I’ve ran about eight or nine half marathons. My favorite by far was the Disney World Half Marathon. It was such a unique experience, running through the parks with a group of over 20,000 people.

LBB> Your bio says you have a bit of a thing for unicorns and hula-hoops. Talk to me about that…

JO> Hahaha. Unicorns, hula-hoops and anything ‘Tim Burton-esque’. My goal in life is to have a unicorn in one of my commercials.

LBB> Where would you like to be in ten years?

JO> The truth is I don’t know. I think I’ll be doing something involving communications and film. Or maybe I’ll just open a pub somewhere along the coast of Ireland! 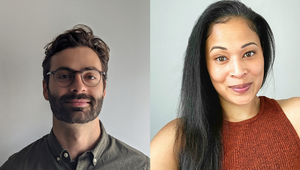