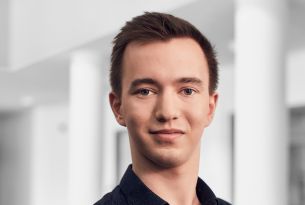 Jonathan Heuser has been grabbing the attention of global internet users since the age of 12 - so it should come as little surprise that he has chosen digital creativity as the industry in which to ply his trade. Currently a media design student with one year left, Jonathan is also a trainee creative at Geometry Global in Frankfurt, working across the board from print production layout to digital development. His game project ‘Spiel Des Lebens’ (‘Game of Life’), which puts players in the shoes of refugees trying to cross Europe to safety, was released last year to widespread acclaim.

LBB’s Addison Capper chatted with Jonathan to find out more.

JH> I was born in Augsburg, Germany and grew up in Erlangen, which is near Nuremberg in the state of Bavaria. I’d say that I’m a true digital native and started experimenting with computers and the web very early. One of my first projects was a website called ‘WetterJo’ which contained weather information from my hometown and a form which gave you the opportunity to get the weather report on your day of birth. I started developing it at the age of 12 and for me this was an exciting experience because not only my relatives completed the form but also other people from all over the world!

LBB> Did creativity play a big role in your life when growing up? When did you realise you wanted to work in creativity?

JH> Yes indeed, during my time in school I already had the chance to work creatively on many projects and was really supported by my teachers. For example, with a group of schoolmates, I sprayed a 165-squaremeter poster with chalk paint on the schoolyard to advertise the annual school’s summer concert and I photographed the final result out of a light aircraft. I created over 30 stencils for this project and we used a lot of cans. That was pretty cool! By this time I had already done many internships at creative agencies and decided to work in creativity. 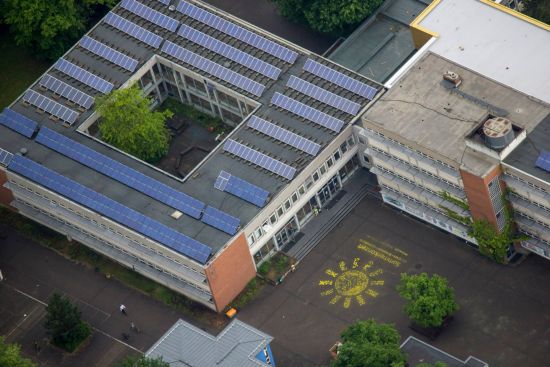 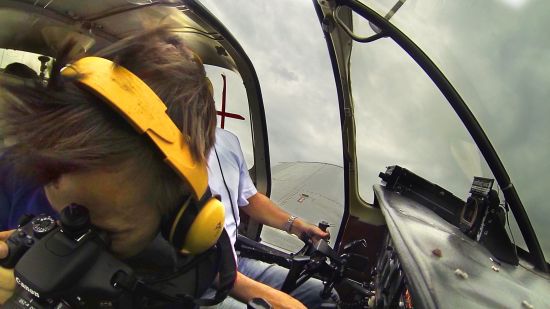 LBB> You’re still studying while working at Geometry Global – when will you finish and what are your plans after that?

JH> I still have one year to go. In September 2018 I’ll obtain a bachelor’s degree in media design – well, I hope so! I’ll only be 21 years old then, so I have not yet fully decided what I would like to do next, so I am very open to upcoming opportunities. However, I’m sure that I would like to stay in the creative industry, working in a global environment which gives me the chance to be connected and exchange with experts throughout the world. I would like to grow further and learn more; I would also consider furthering my bachelor’s with a master’s degree.

LBB> What is your role at Geometry?

JH> I’m a trainee in the creative department within Geometry Global in Frankfurt. I’m not assigned to a fixed team, so I have the chance to work on varying projects for different clients. I really appreciate it because this offers for me the opportunity to gain experience in many fields, such as print productions as well as digital work. I also have a supervisor who always has an open ear for me.

LBB> Your work ‘Spiel Des Lebens’ (‘Game Of Life’) was very well received. Tell us about the experience of creating that. It must have been an interesting challenge to create a game – something which is generally fun – about such a serious issue …

JH> While I was brainstorming an idea for a creative project, the conditions for refugees on their journey from Syria to Europe and Germany became worse and dominated the news as the main topic every day. It’s sheer luck for them to reach Germany – most often their final destination. Depending on the governments of the countries along the refugee route, the borders would sometimes be open and on other days be completely closed. The individual refugee became the plaything of global politics. The situation was and sadly still is like a dice game for them. 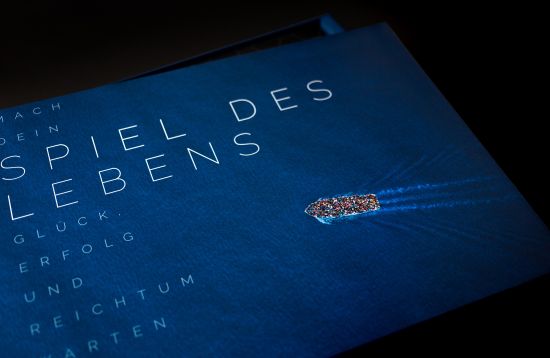 That brought me to the idea to consider the refugee crisis as a kind of game in which the fate of the refugees is dependent on third parties. Destiny becomes a gamble like rolling the dice where contingencies determine over your own life. Your survival is completely random. As a refugee you have absolutely no influence on it. With this in mind the idea of ‘Spiel des Lebens’ (‘Game of Life’) was born. 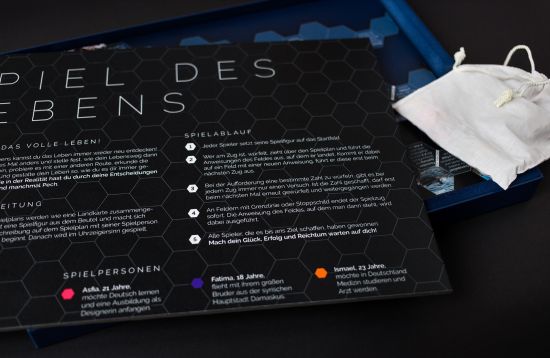 In the board game, six refugees from Syria are dreaming of a better life in Germany and deciding to flee from their homeland – they start the game of their lives. Two–six players can identify with different refugee personalities and experience how arbitrary the route from Syria to Germany is and to which hurdles they encounter. The game is ‘playful’ and realistic, but also shocking and provocative. The aim of the project is to provide more empathy with the escaping people and lead to a critical examination of the current refugee situation. 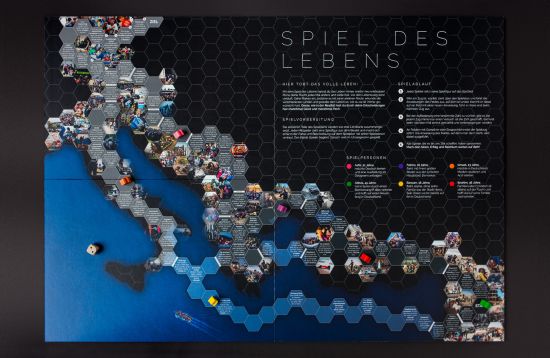 My intention was that the story in the game be as close as possible to reality and based on true events. This wasn’t often easy as the political situation in Europe changed constantly during the creation process. For example, parts of the Balkan route were closed several times by Macedonia and other new refugee routes emerged. In addition, I found it very difficult to cover the whole situation on just one board. Unfortunately, it is not possible to depict every refugee route and I had to simplify the game in many places. 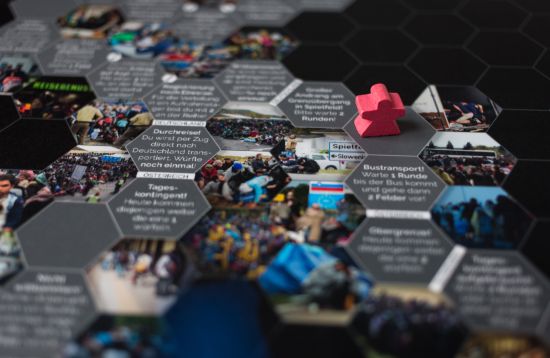 JH> Last year I developed a concept called ‘xilio’, which is a complementary currency for urban settlements and neighbourhoods with the aim of improving cohabitation in these communities. Pre-existing settlement structures are supported, local economic cycles are strengthened and the quality of life of the inhabitants is improved through more participation and neighbourly connections.

To accompany the concept development, I designed a brochure and banknotes and worked with a laser, fluorescent colour, white ink and wonderful paper by Gmund in production. I like this project because of the freedom to experiment with different approaches and techniques and utilise them in one realistic, fully integrated use case.

LBB> Who and what are your main influences?

JH> It is hard to name one or two role models. I follow the work of a lot of famous people on the Internet, which is rapidly changing – and yes, I guess I am probably influenced by many single pieces of their work as well as their views. My main influencers are not always designers, despite my admiration for the design by Jonathan Ive and Dieter Rams. Currently I am inspired by the compositions of Max Richter and Alexandre Desplat and love the work of Lin-Manuel Miranda, JR and Paul Ripke. To me, it is important to take a look in various other creative disciplines like music, the arts and photography rather than just design. 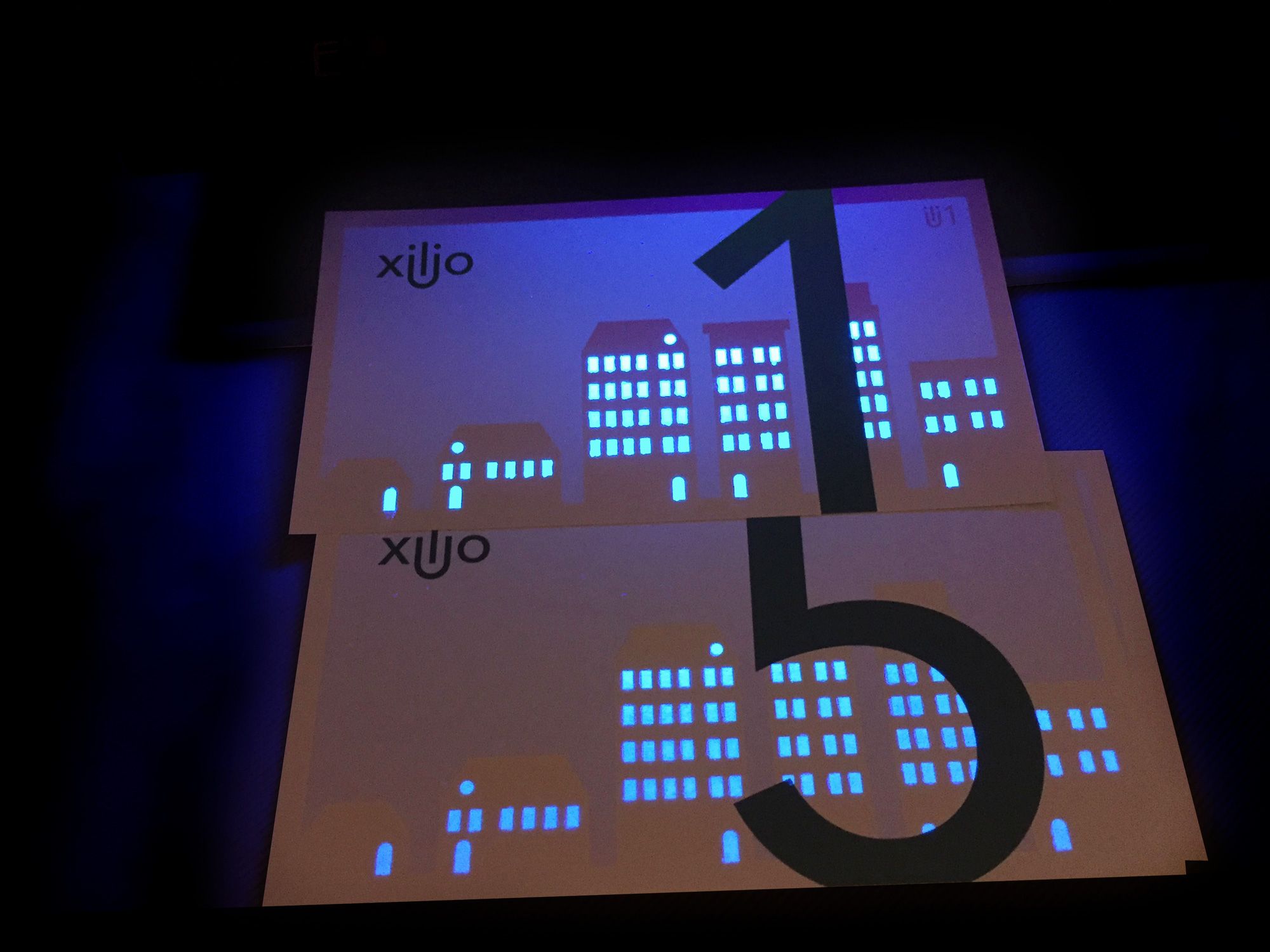 LBB> Would you say you have a “style”? How would you define it?

JH> I don’t think that I have one particular style, it’s more of having favourite ‘styles’. I like simplicity and the approach ‘less but more, aerial photography, sans-serif letterforms and great typography. However, in today’s digitalised world, markets, consumers and the environment are changing so fast that flexibility and adaptability are more important than a rigid adherence to one certain style. In my point of view it’s important to be adaptive enough to constantly learn about other styles. Ask me again in ten years from now!

LBB> What do you like to get up to when you’re not working?

JH> I love classical music, theatre and contemporary musicals. I’m really looking forward to a concert in April in the Elbphilharmonie, the new extraordinary concert hall in Hamburg designed by Herzog & de Meuron. Harry Potter and the Cursed Child and Hamilton in London, which is currently one of my favourite musicals, are already booked and fixed on my list as well. Also, I have a lot of fun with time-lapse photography. 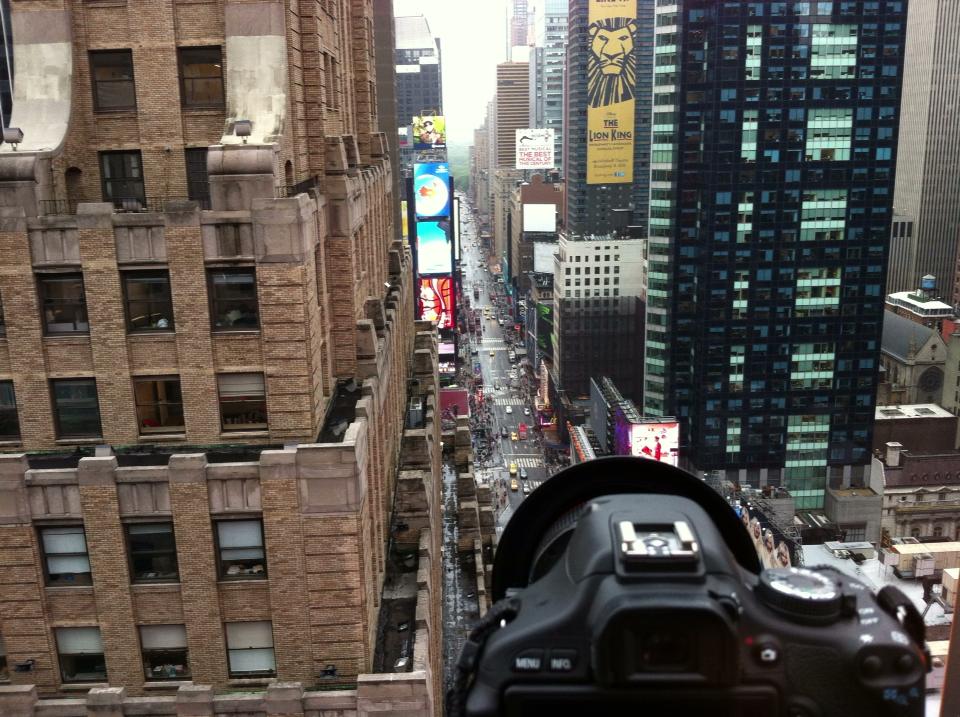 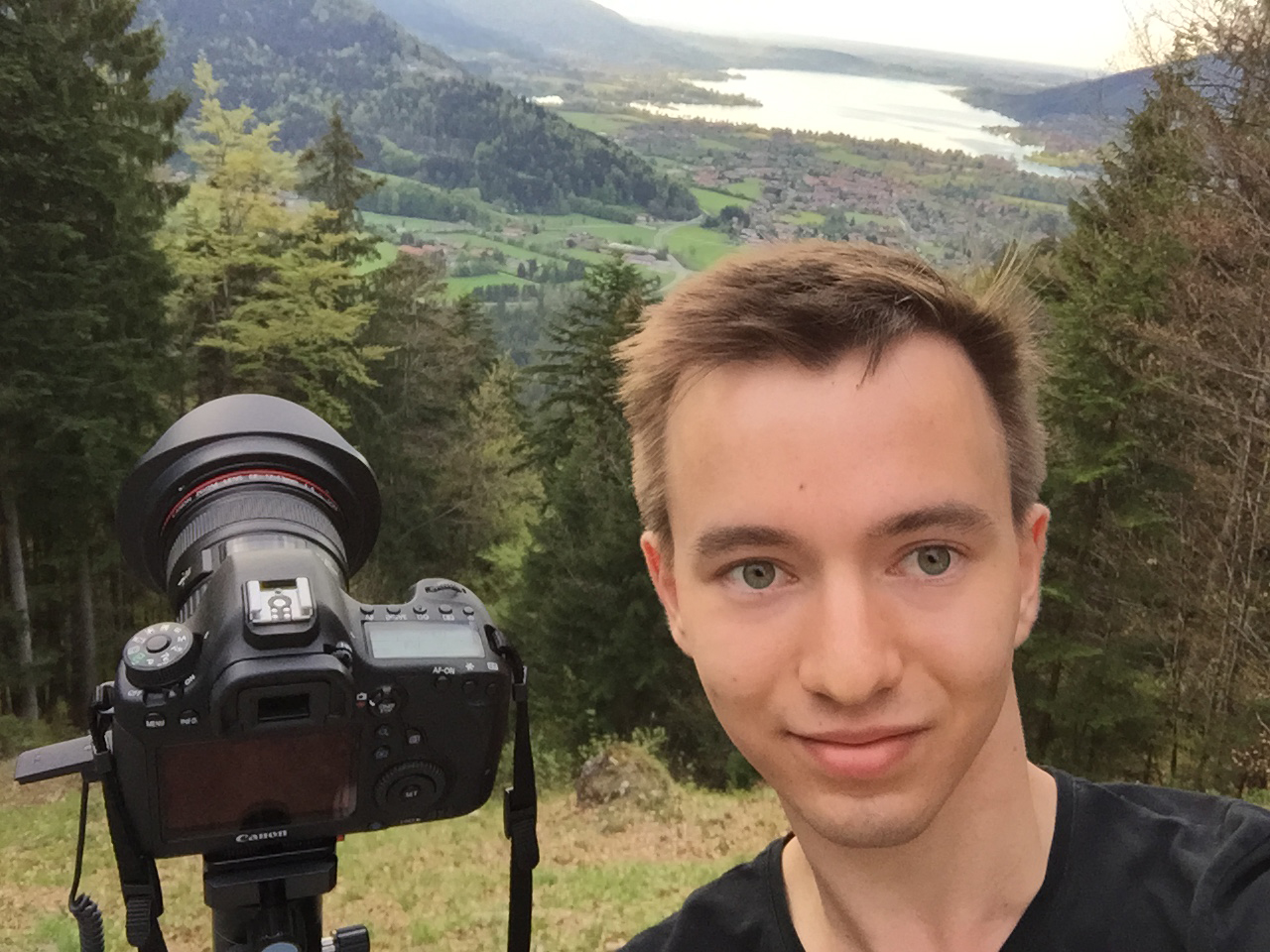 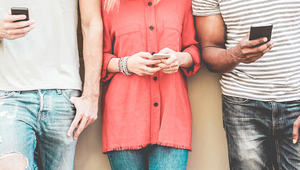 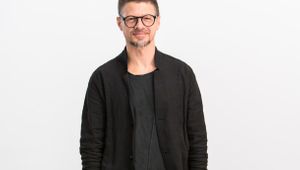 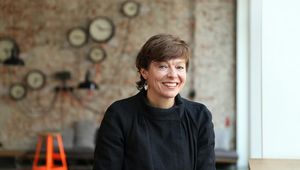 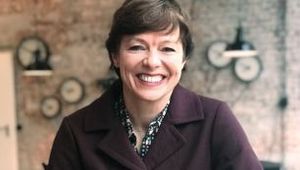 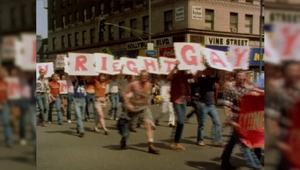 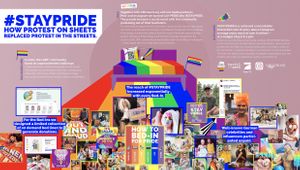 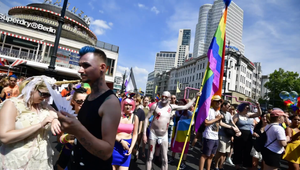 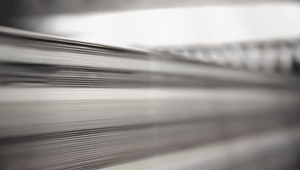 The Paper Skin
View all Work