On diving into the world of commercial directing 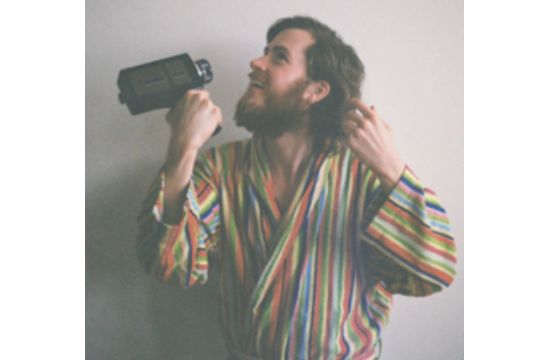 Director, editor, cinematographer, colourist; as a young independent filmmaker, Jack Whiteley has found himself wearing lots of different hats in order to get his projects done. Having been signed to Rattling Stick, Whiteley is looking forward to stretching his directorial wings and working with professional crews. Addision Capper caught up with Whiteley to talk Stealing Sheep, playing with Lego and finding out how Ringan Ledwidge and Daniel Kleinman are.

JW> I grew up in rural Shropshire in a semi-detached, 400-year-old cottage with my Mum, Dad, younger sister, Amy and a few stray cats. I guess I was quite a shy child who was into fairly typical kids stuff like Star Wars and Lego but I was always quite artistic and used to love drawing.

LBB>What first drew you to filmmaking?

JW> I’d always loved watching movies and going to the cinema growing up, but it wasn’t until I took A Level media and film studies at college that I started thinking about it more critically. Tha’s when I realised it was something that I could do as a career.

JW> I’ve previously thought of myself more as a filmmaker than specifically a director as I not only direct but also shoot, cut and grade. Now that I have the backing of a production company (Rattling Stick), I can start working with a crew and designate roles. I guess I’m still evolving my style as a director. If I were to describe my filmmaking style then I would say I like capturing things in a natural and observational manner. I always try to infuse my work with a good energy, rhythm and pace. Ultimately, I just want to make work that is fun, exciting, and that people will get a buzz off.

LBB> We're really in love with your video for Stealing Sheep’s ‘I Am The Rain’ – can you talk us through the narrative behind it?

JW>The concept for the video was Becky’s (the keyboard player in the band). It was originally conceived as the first part of a music video trilogy to accompany tracks from their debut EP, Noah & The Paper Moon.

In the first video, ‘I Am The Rain’, the girls play the role of The Rainmakers who are journeying through a dying, drought-ridden land in search of The Dream Keeper (the large spaceship-looking object at the end). Along the way they find different objects to help guide them such as the compass,  the telescope and The Dream Stones (the glowing balls).

The second video, which would have been for a song called ‘Noah’s Days’, was to be based loosely on the Biblical story of Noah, only Noah was to take the form of a spaceman who crash lands on their planet and together they set sail across the desert sands in search of help.

I was really excited about the second video, I love the image of Noah as a spaceman sailing across the desert, it would have been so much fun to make! Ultimately, however, time and money meant we had to leave at just the first video.

LBB> I also noticed that you were the colourist on that film – some of the things I love most are the pigments and complexions. Is colouring a skill that you’d like to continue working on?

JW> I only began colouring my films out of necessity, as I neither had the budget or the contacts to employ someone else to do it. Luckily I got a feel for it fairly quickly and was able to do a reasonably good job. However, now that I’m with Rattling Stick I really look forward to working closely with a professional colourist.

LBB> You’ve recently signed to Rattling Stick, the first production company to represent you – how does it feel to be on the same roster as the likes of Daniel Kleinman and Ringan Ledwidge?

JW> To be honest with you, until recently I hadn’t heard of either of them as I had very little knowledge of the commercial world until Rattling Stick approached me, I’ve been existing in this little independent music video bubble in Liverpool for the last few years. Obviously since then I have found out about them and discovered their work, so it is very humbling and slightly surreal that I now find myself in this position. I feel like I am only just starting out on my journey within the industry. Having directors as experienced and talented as Daniel and Ringan, who can offer me their help and advice along the way, that’s something I am incredibly grateful for and I am sure it will prove invaluable in the future.

LBB> You’re completely new to the world of commercial directing – what’s excites you most about this new venture in your career?

JW> Anything new is exciting, but probably the thing that I’m most looking forward to is working with a proper crew and having my own producer and cinematographer. I’m also looking forward to having a decent budget to play with and the opportunity to travel more. The chance to shoot in new and interesting locations excites me!

LBB> Now that you’re signed to a production company, where would you like to see yourself in 10 years?

JW> That’s a tough question, as I rarely look much further than a year ahead. I just try to take each project as it comes and do the best that I can. But of course to be where someone like Ringan is today would be fantastic!

LBB> Outside of directing, what do you get up to?

JW> I have a great friendship group where I currently reside in Liverpool so I love spending time with them. There’s a fantastic arts venue/nightclub here called The Kazimier that showcases an amazing range of music, art and theatre so I try to spend as much time as I can there soaking it all up. Any opportunity to travel is always appreciated and the cinema’s pretty good fun too!