Biting Elbows frontman & director on getting shot during a shoot 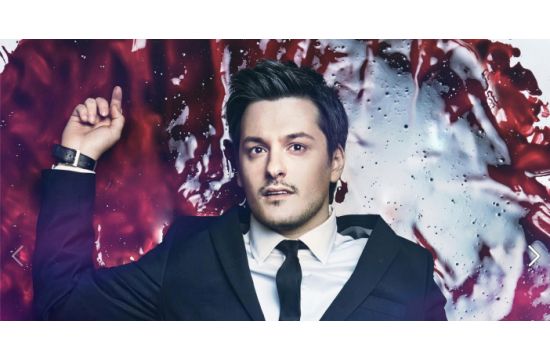 On a dreary Wednesday morning at LBB HQ, a video dropped in the team’s inboxes that scarred our retinas forever. And it seems that we weren’t the only ones to be entranced and shocked by Ilya Naishuller’s video for Biting Elbows ‘Bad Motherfucker’ – it has since amassed almost 15million views on YouTube. It’s freakishly absorbing, impetuous, a bit insane, and completely excellent – and it recently bagged him a spot in the Saatchi & Saatchi New Directors’ Showcase. Addison Capper spoke to the Great Guns director, and Biting Elbows frontman, about how life has changed since the film’s launch and what it means to a part of the Showcase.

LBB> To you personally, what does it mean to be featured in an event as prestigious as Saatchi & Saatchi's New Directors' Showcase?

IN> I'm honoured to be part of the Showcase. Even more so after Sheridan Thomas, my producer at Great Guns, mentioned some of the directors that that had been included in past years. It means that, for a moment, my name will appear next to directors whom I greatly respect and admire.

LBB> Your video for Biting Elbows 'Bad Motherfucker' also doubled up as a piece of branded content for Russian vodka brand Neft - how did that relationship come about?

IN> I showed the people over at NEFT my previous POV music video [The Stampede] and said that I’d like to go bigger for the sequel. They said go for it.

LBB> As well as director, you're also the frontman of Biting Elbows - what inspired the lyrics and narrative?

IN> Lyrically the song deals with my contempt of and fascination with rock stars, young and old. The ones who pull off the trick of writing the same old meaningless and toothless songs that their fans lap up, no matter what. The video was my attempt to shoot something completely irreverent, energetic and raw.

LBB> Why did you decide to make the video so shocking?

IN> The plan wasn’t to shock, but rather to captivate from the very first shot and keep the viewer excited for the entire duration. I’m also a big fan of letting the viewer know upfront what their in for, hence the graphic headshot on the seventh second. The violence can be explained by my dislike of films that pretend to tell adult stories but shy away from showing the violence as it would happen. So, I just happen to avoid making the very things I don’t like.

LBB> What were the most challenging aspects the shoot and how did you overcome them?

IN> The biggest hurdle was not having playback or any monitors. This meant that each scene was choreographed, shot, changed, re-choreographed and then re-shot.

LBB> How did you shoot the scene where the dog is thrown out of a window?

IN> There was a trained attack dog and its trainer for the biting and fighting. We then cut to us throwing a stuffed dog [it was packed with 12 kilos of bricks] through a window rigged with explosives.

LBB> There's a large number of stunts in the film - was anyone hurt during the shoot?

IN> Yes, I was. I play the guy who shoots the hostage and, in turn, I’m shot with the AK-47. On take three (the take that made the cut) I fell earlier than I should have and caught the blank round with my head. The left side of my face went numb for a week and I still have a slight ringing in my left ear. Safety lesson - absolutely learnt.

LBB> What kind of camera was used to shoot it?

IN> The film is shot completely on GoPro Hero 2.

LBB> How has your life changed since its release?

IN> The preliminary results of Bad Mofo’s success can be summed up by these facts: I’m shooting my first feature length film called ‘Hardcore’, Biting Elbows are being invited to play all over the world, I’m seeing some great commercials and music video projects and last but not least, I can afford to pick and choose what work I do.

LBB are partnering with Saatchi & Saatchi on the inaugural London screening of the New Directors’ Showcase. There will be a panel discussion afterwards, chaired by Saatchi & Saatchi EMEA CEO, Robert Senior. For more info, click here, or check out the Showcase YouTube page at: http://www.youtube.com/user/NDS