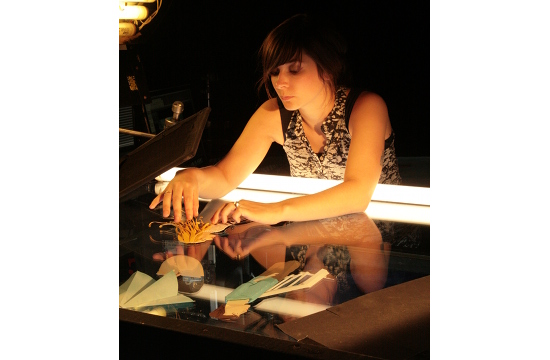 After a childhood watching visually compelling movies, such as La Belle et la Bête and Metropolis, it’s not surprising that Hayley Morris became a director and, more specifically, one that revels in the complexities of stop motion animation. Now working out of her studio in Brooklyn, NYC, she creates mind-bogglingly beautiful films with anything she can lay her hands on – whether that be paper, clay or random objects from the local flea markets. LBB's Addison Capper discovered what inspires Morris and her work and why she so loves experimenting with stop-motion animation.

HM> About an hour north of NYC. It was a great place to grow up because you could jump on a train and be in a giant city, and then jump back on, and be surrounded by nature again. I was a very imaginative and curious child. I loved to draw, paint and sculpt, but my favourite thing of all, was to dress up in crazy costumes and paint my face. I loved transforming into different characters and imagining myself in different worlds.

HM> When growing up my mother liked showing me films that she'd grown up with. I was introduced  to films that used really creative, hand-made, visual techniques, such as Metropolis, La Belle et la Bête, Jason and the Argonauts and so on. All of these films transported you into magical and highly stylized worlds where the impossible became a reality.

I began experimenting with animation as a teenager and then decided to major in Film and Animation at the Rhode Island School of Design. Originally I thought I would pursue illustration, but I felt the medium was too limiting. I really wanted to tell my stories by being able to combine everything into one. That's why I’m so drawn to stop-motion animation. You can combine forms of all art into animation to create fantastical world. Be it through drawing, painting, sculpture, textile, lighting and sound. Since I use very minimal digital effects and nearly everything is done in camera, each project becomes a puzzle. I really enjoy figuring out how to make what's in my mind into a reality. 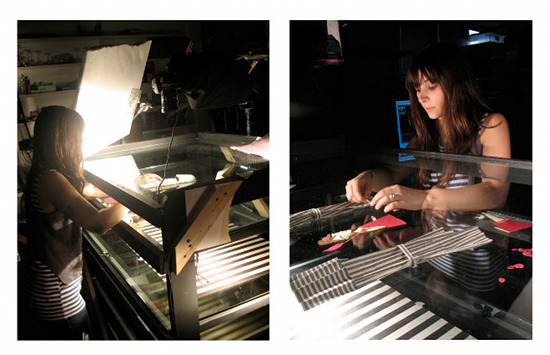 HM> It's difficult to say what my style is because I think it’s constantly changing. I think all of my work has similar qualities that bleed into every project. For instance, I like playing with texture, pattern and colour, but it's really important to me that each project has a new challenge. I tend to experiment a lot before diving into production.

LBB> You work with stop frame animation and paper cut outs a lot - why are they techniques you enjoy exploring? Does working that way throw up any problems?

HM> I like exploring and experimenting with stop-motion animation because you can make absolutely anything happen. If I wanted a bird to transform into a house and then open up and turn into a cloud... I could! Once I have an idea I then have to sit down and figure out how to actually make it work and what materials I can use to create the scene. I love stop-motion because it is a tactile medium. I can create everything out of paper or clay, or go to a flea market and find a bunch of random objects and re-imagine and re-purpose them into something else. It's just a lot of fun  and allows me to be playful.

At the moment I love using paper because there are so many varieties of colour, pattern, and texture. From a single sheet of paper you can cut, fold or sculpt something figurative, graphic, abstract or into any style that you like. It's a very versatile material.

I wouldn't say working in stop-motion throws up any problems. I guess the process is an inherently slow and tedious one. You need a lot of patience.

LBB> I really love the colouring in your video for Iron and Wine 'Joy' - the whole thing is beautiful. Can you talk us through the processes involved and the narrative behind it?

HM> I have loved Iron and Wine - also known as Sam Beam - since his first album The Creek Drank The Cradle. Creating a music video to his music was a dream project. He was so fantastic to work with and gave me complete freedom; he allowed me to let my ideas run wild and make his song into a visual world.

When brainstorming  for possible narratives and visual interpretations of the song I was drawn to a particular lyric. “Deep inside the heart of this crazy mess, I’m only calm when I get lost within your wilderness.” This is what sparked my concept.

Joy is a song about love and taking a moment to realize how someone can vastly change how you perceive yourself and the world around you. My goal for this video was to make the viewer feel this sense of joy, discovery, and appreciation, by following the organic flow of the song. As the landscape changes through bursts of colour, growth and transformation... Through his eyes we see the changes to Sam's world, by catching glimpses of her within the different plants, rocks, trees and objects that occupy him and the scenery. In the end we see that he is full of colour and vibrancy.

The video is a mixed media piece. It’s composed of a blend of rotoscope watercolour animations and stop-motion. I handmade every piece in the landscape from found objects, paper, clay and various materials, and then projected her image into the set pieces.

HM> I am most proud of ‘Undone’. It’s a very personal short film inspired by my grandfather and Alzheimer's disease. It's one of the first films I made. Creating that film really solidified that animation and, specifically, stop-motion was what I wanted to do with my life.

LBB> Aside from filmmaking, what do you get up to?

HM> Aside from filmmaking I love to travel. I get a lot of inspiration from traveling and seeing new places. If I could, I would live in a new city or place every few months. Living in NYC offers such a diverse amount of activities, so I like going to museums, concerts, cooking with friends, drawing, teaching animation here and there and I am learning French.