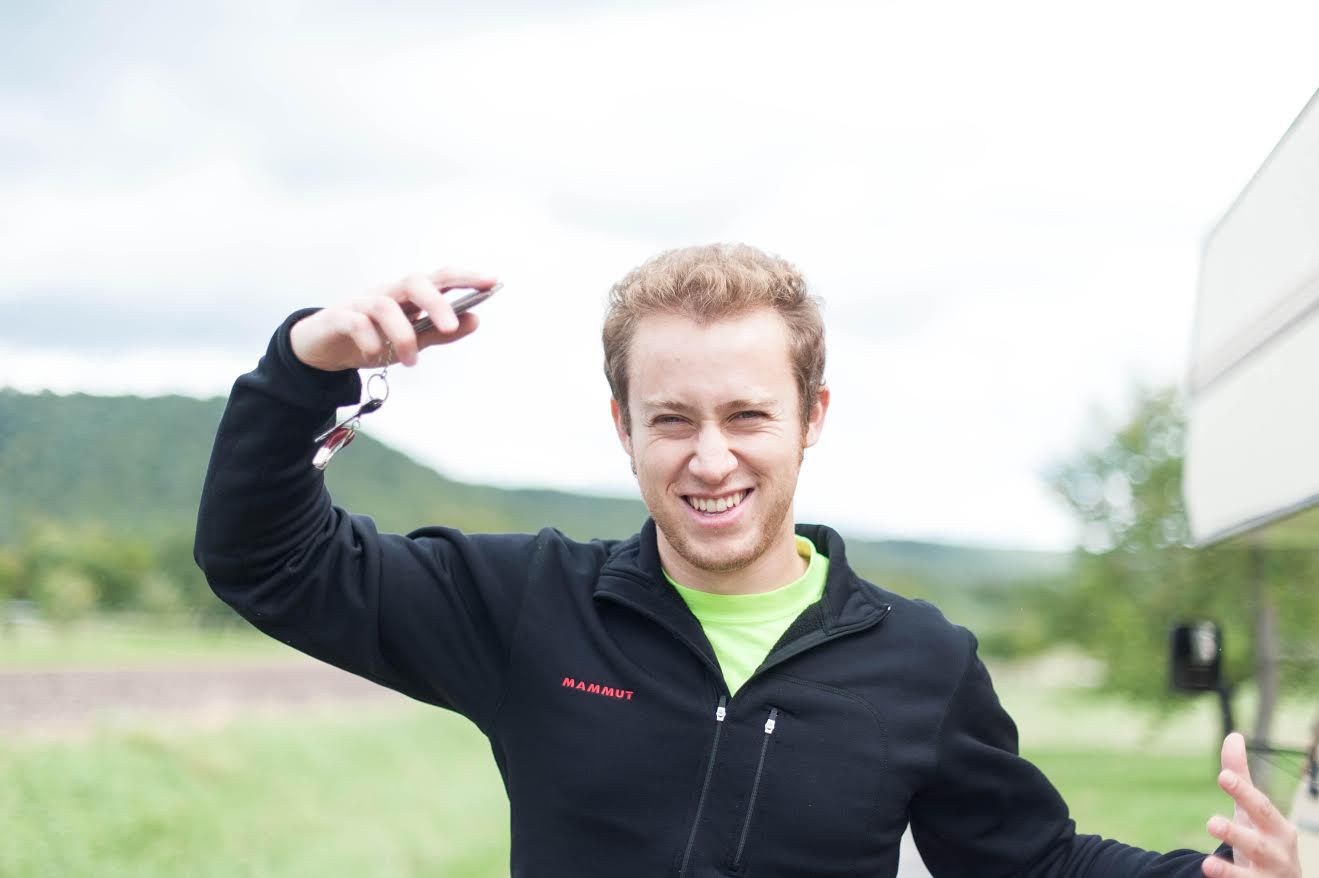 A few weeks back, an adidas film exploded on the internet. Except it wasn’t really an adidas film. It was a spec ad created by director Eugen Merher and fellow students at Germany’s Film Academy Baden-Württemberg (incidentally the same school which the creators of last year’s massively successful Johnnie Walker spec ad also attended). Eugen has since launched a new film for German DIY store Baufix, which shows off a different side to his abilities as a director. It’s playful, comedic and light-hearted.

LBB’s Addison Capper caught up with Eugen to find out more about the massive reaction to his adidas film and what he has up his sleeve following his viral success.

EM> I was inspired by a distant relative of mine, who happened to have a very young soul and was a blast to hang out with, even if he was 80 years old.

LBB> Did you expect it to blow up quite like it did?

EM> I never thought this could happen. When I uploaded the video on YouTube I didn’t have much motivation in spreading the link because I didn’t expect it to blow up. I just wanted to finalise the project and move on to the next.

LBB> Did you make a conscious effort to feed it out to the world or was it more natural?

EM> I sent it to four online magazines in total, but that was it. The hype started when Ads of the World posted it in January on their front page and some Facebook pages started re-uploading the commercial, labelled as the next official adidas ad. Then, all of a sudden the Huffington Post asked me whether I directed it and why adidas rejected it – I didn’t see that coming. When they posted their article, the hype started.

LBB> You’ve just released another spot for Baufix – it’s a bit more light-hearted and comical than the adidas film. How do you have to adapt your directorial approach for different genres like this?

EM> Directing is something that is universal to every genre, I think. You just have to hit different chords, but you play the same instrument. I always try to dive into the characters and for the Baufix guys I tried to portray the protagonists’ urge to break free from their marital cages in the funnest way possible. So I made them scream with joy throughout the whole story. It’s a different genre with different rhythmic cues and a different approach to casting, music, visuals, etc. but at the core, it’s about four men trying to have the time of their lives. And this is something that comes before the choice of genre. Genre for me is mainly the style I choose to tell a story in the most suitable way that is possible.

LBB> How would you define your directorial style?

EM> I love to tell extremely realistic stories with a heart at their core. I try to create a world that people can dive into and forget their surroundings.

LBB> You moved to Germany from Moldova at the age of five – tell us about your childhood and what you were like as a kid. Where in Germany did you move to?

EM> I moved to Stuttgart, which is in South Germany. I was a class clown in a way and I loved to entertain everyone. When I was bored I phased out very quickly and started daydreaming and combining random thoughts into little stories.

LBB> Your passion for filmmaking started around then, when you began playing around with your parents’ DV camera. What kind of things were you shooting as a kid and why do you think you enjoyed it so much?

EM> I started shooting (like most kids when they get a camera) action films, copying all the clichés that I’ve seen on TV. I remember how my friend and I were constantly wondering how Hollywood filmmakers would edit their scenes, because the only way to edit for us at that time was in-camera by fast-forwarding / rewinding the material and overwriting tape by shooting a new take. That was very imprecise, as you can imagine. It was a lot of fun to escape everyday boredom by making little films. We would dive into an imaginative world that came alive when we put it on tape and then we’d watch it right after. This still fascinates me today.

EM> Since I was a class clown most of the time, I had the ‘duty’ of making up new jokes / comments all the time. I also found that drawing was the best way to get proper distraction during school lessons.

EM> I want to find a commercial production company that I can work with to build my reel and shoot as much as possible. Also I’m developing a feature film script to further work on my long-term career goal.

LBB> When you’re not studying / filmmaking, what do you like to do to keep your creative batteries charged?

EM> I love to take long walks through the city. As boring as this may sound, it’s one of the best inspirational sources for stories and crazy ideas.