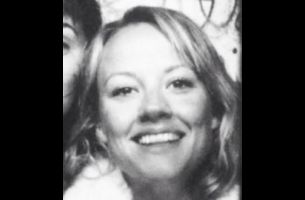 Ellie Fry was shy as a kid: “I think I didn’t properly speak to people till I was about 14,” she admits. But it’s a trait she has shaken, as nowadays she plies her trade instigating productions with some of the world’s best directors as a producer at Rattling Stick. Recently she has been involved in Ringan Ledwidge’s lauded ‘Voodoo In My Blood’ promo for Massive Attack and a short film directed by Sara Dunlop that was selected for the Cannes Film Festival. LBB’s Addison Capper chatted with Ellie to find out the tricks of the trade for nailing it as a commercials producer.

LBB> Do you think you need to have a certain kind of personality to handle producing?

EF> Not at all. I work alongside some of the best producers every day and they all have wildly different personalities and ways of dealing with the stresses of the job. I think the unifying factor is a will to create good work and be proud of what you’ve made. What I love about production is the team mentality and the feeling that you all want to help achieve the same thing. The best thing in the world is spending days and weeks stressing about a shoot and then walking out onto set and everyone and everything being there, ready to make it happen.

LBB> What are the tricks to being a good producer?

EF> I think I’m definitely still learning that! I could say it’s about having a calm, strategic head or being a quick and lateral thinker, but I think the real key is trusting and using your network - cultivating relationships with the best people who you can rely on to do their job meticulously and brilliantly. A good producer is someone who brings people together for the best result. But having a good poker face is always useful!

LBB> You worked with Ringan Ledwidge on the super successful Massive Attack ‘Voodoo In My Blood’ promo - how was that experience? What are your most memorable moments from the production?

EF> It was amazing. Ringan is so great to work with and all the crew knew him so well, most of them having worked with him from the very early stages of his (and their) career(s). Everyone was just there to make the video the best it could possibly be and came with such a brilliant attitude, meaning there was a really good atmosphere on set.

The level of performance Rosamund [Pike] gave on set was astounding. In terms of memorable moments, the first time the crew saw her run through a take is probably the first thing that comes to mind. No one, not even Ringan, had seen her whole performance in full at that stage and we had no idea what to expect. Rosamund is so calm and collected in interviews etc., which is actually why she was so well cast for the film. The first time it happened the whole set was utterly silent - everyone’s eyes were on the monitors. When the take finished there was complete silence whilst everyone picked their jaws up off the floor. To see someone of that stature screaming and rolling around with only some soggy cardboard between their face and the piss-stained concrete floor of the subway was fairly incredible to behold.

LBB> Why do you think it has been so well received?

EF> As I said, I think Rosamund’s performance played a huge part. She just felt perfect for the role. It could have been some super hip 20-something actress with a million Instagram followers, but she brought so much more to it. There’s something of her own experience and depth that you see when she’s on screen that I’m not sure anyone else could have delivered. We also worked with an exceptional choreographer - Scarlett Mackmin - who did a superb job of translating the idea of possession into movement, plus the costume and styling had something absolutely unique about it. Above all though, I think that Ringan keyed into something incredibly relevant with this video. He wanted to shine a light on our complicated relationship with technology - it’s seductive but it also feels like it’s taking over the world. How long can humans hold sway over machine? It’s a very current issue that you see happening everyday, everywhere, from the dinner table to global politics. Voodoo condenses all that into a guttural, emotional story that you can’t help but be moved by.

LBB> Which other projects that you’ve worked on have you been particularly proud of and why?

EF> Most recently, producing Sara Dunlop’s short film Dreamlands - which made this year’s official selection for the Cannes Film Festival - has to be my proudest achievement. It was one of those magical projects that makes half of your hair fall out with stress but you look back on with such fond memories. The film was shot on location, so I remember being holed up in some weird B&B on the Kentish coastline living on about one hours’ worth of sleep per night, but at the same time feeling so lucky to be part of it. Again, it was thanks to an amazing first time cast and dedicated and talented crew that it happened at all, so to be able to tell them it was in competition at one of the biggest film festivals in the world was a great feeling.

LBB> You’re a producer at Rattling Stick - what are best things about your job?

EF> The people. It’s a cliché, but Rattling Stick has a unique atmosphere. It genuinely feels a bit like a family - as I said before, there’s the vibe that you’re all on the same team and around to help each other or give advice if you need it. There’s so much knowledge and experience there so it’s a great place to learn, and also a brilliant group of people to have a drink with on a Friday/Thursday/Wednesday night!

EF> I grew up in a little village just outside Canterbury in Kent. I was a painfully shy kid. I think I didn’t properly speak to people till I was about 14. Hopefully just about getting over that now…

LBB> How did you wind up as a commercials producer?

EF> Not deliberately is the answer (although I’m very glad to be here now). I had a fairly meandering path. After uni, studying English, I started my career at the BBC, where I worked on education projects and producing content for kids and teenagers for about four years. After that I worked freelance in the arts, producing events, festivals and exhibitions for organisations like the BFI and the Tate. Through a random meeting I ended up working at the agency, CHI&Partners. Through them I worked with Rattling Stick and knew instantly it was a place I wanted to work. After that I basically started a campaign to help out wherever I could and eventually snuck in permanently…

LBB> What do you get up to outside of work to wind down?

EF> A lot of white wine!