ENVY’s first dedicated advertising colourist on pushing the boundaries of colour, and what the future holds for grading 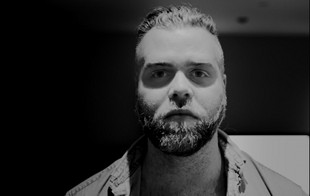 Growing up around a host of creative people, Danny Wood initially wanted to break into fashion photography. But after stumbling across grading, he fell in love with the art of colour. Since then he’s never stopped learning or pushing the limits of the medium – even if it meant directing some dodgy music videos along the way. Clearly the effort paid off: after working his way up the ranks at ENVY (he joined in 2010 as a runner), Danny was appointed as the post house’s first dedicated colourist for advertising, and has already worked on some pretty impressive projects including the eye-catching relaunch of Uniqlo’s Oxford Street store and Virgin’s VOOM campaign.

LBB’s Jeannie Corfield caught up with him to find out more.

DW> I’m originally from Hackney. Both my parents worked when I was young so I spent a lot of time at my Nan’s in Dalston and then moved to north London. Growing up I was into the usual stuff, my dad is quite scientific which rubbed off on me and made me quite inquisitive as a child.

LBB> Who and what have been your creative influences?

DW> A lot of photography: my all-time favourites are probably Guy Bourdin, Helmut Newton and Bill Brant for black and white figural stuff. I grew up around some really inspiring creative people and take a lot of my approach to work from them in terms of experimentation and the way I try to look at art/film/images and integrate things into my own work.

LBB> When did you realise you wanted to work in colour and how did you learn the trade?  What advice would you give to aspiring colourists?

DW> I started out wanting to get in to fashion photography and then stumbled across grading, which I didn’t know existed until that point and I fell just in love with it. I learned from other colourists and from doing a lot of my own work. I directed some pretty dodgy music videos just to have material to grade. I don’t think you ever stop learning; it’s like playing an instrument, you learn new techniques and your tastes develop.

For people trying to get in to grading I would say that the most important thing is to do as much work as possible, it doesn’t matter what software you can get hold of as long as you’re working and learning artistically. The technical stuff you can learn but the artistic side takes time.

LBB> You will be the first dedicated colourist at ENVY Advertising – does this require a different approach from your previous broadcast work?

DW> I’ve always done shortform work alongside longform. But the actual approach to grading shortform is quite different, because of the time you have on each project and the amount of cuts.

The grades are a lot more detailed in shortform because the director and DOP have shot with something very specific mind. Longform jobs tend to run across several days and weeks, depending on how many episodes you are working on, so I am looking forward to being able to concentrate on lots of different projects with both familiar and new clients and continue to grow my style, and push the boundaries of colour.

LBB> What added pressures are you feeling as ENVY Advertising's first colourist?

DW> I genuinely don’t feel pressure, I’ve been with this team for a long time and they’re a great bunch of people. I’m excited to be part of this new branch of ENVY and our continued expansion into shortform work.

LBB> What do you get up to on a typical day at work?

DW> I like to get in before my job starts in the morning to get a feel for the footage. I then discuss the vision of the piece and work closely with the director and discuss various ideas and options. I try to give a true representation of what the DOP has shot, plus bring to the table my own ideas which brings you to a good starting point. The debate over how you build it is part of the creative process and gives you an invaluable insight – and of course you want everyone to be happy by the end of the process.

LBB> What are the plans for the colouring department in the future? Is it your ambition to grow it? How will you look for new talent yourself?

DW> Luckily enough there is a big emphasis on training and nurturing new talent at ENVY and we currently have a really talented young colourist breaking through who already has quite a few of her own clients. We are an ambitious company so we will definitely be looking to expand our grading department and any other departments for that matter.

LBB> When you get a piece of work, what’s your starting point to find the right ‘look’?

DW> Usually just from watching the cut you can get a few ideas as to what the director was going for and can quickly come up with some ideas,  although quite often I’ll have some kind of visual reference, usually a film or photographer, as a starting point.

LBB> Colour can be quite subjective - do colleagues or clients ever disagree with your vision for a piece of work?

DW> Yeah all the time, it’s part of the process. It’s important to try different things and sometimes your ideas might be different to what someone else has in mind, but that dialogue is what ends up creating a really interesting piece of work.

LBB> Has the technology changed a lot since you started out? How do you see the role of colourists changing in the future?

DW> It’s become more connected and faster. Having a setup where assistants can constantly update your scenes in the background and export means you have more time to concentrate on the work. Personally I’d like to get out on shoots more to be able to have a closer relationship with the DOP and art director before we get into the suite, I think that would open up a lot of possibilities for the grade.

LBB> How do you spend your time when you’re not working?

DW> I have a three-year-old daughter so a lot of my spare time on weekends is spent with her. I also box, which keeps me fit and helps me to ‘switch off’.  I also love watching films and going to galleries as much as possible which keeps me inspired and I think it helps me stimulate my creativity.

DW> I don’t think you can ever stop learning or being challenged, so I just want to continue to build up a roster of clients who rely on me to work collaboratively with them and, at the end of the day, create beautiful pictures.

We are also moving to a new dedicated ENVY Advertising building in September, so I am really excited to be here to help build up to this launch.