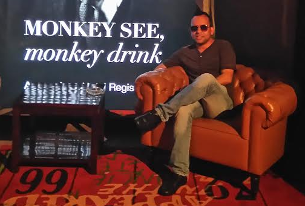 Earlier this year, Colombian President Juan Manuel Santos and Commander in Chief of the FARC Timochenko made history by signing a peace treaty that aimed to end 52 years of war in the country. They signed that treaty with a pen designed by Christian Mondragón. The ‘Bullet Pen’, which was created using empty shells from combat, went viral across Latin America and the wider world and ultimately became a symbol of peace within the country. Created while Christian worked at McCann, he is now a Copywriter at Sancho BBDO (and still based in Colombia). LBB’s Addison Capper chatted with him to find out more...

LBB> Where did you grow up and what kind of child were you? Were you a creative child?

CM> I was born in Tuluá, Colombia. When I was eight years old I moved to Venezuela, very near the Salto Angel, which is known as the highest waterfall in the world with a height of 979 meters.

I was not the most creative kid; I actually think that I was the least creative kid in my classroom. I was more into sports, I dreamed about being a soccer player or a biker.

LBB> Why did you decide to work in advertising?

CM> The first job I ever got was in a classifieds magazine – there I started from the bottom. During the week I had to assemble the print magazine and on the weekends I had to sell them on the streets. That is how I started looking at the ads from a lot of brands and I started falling in love with advertising. I tried to write my own ideas about how to make those ads better. Some people liked them and they gave me a chance to be a copywriter.

LBB> Tell us about the Bullet Pen – what an amazing project. How did it come to be?

CM> I am very proud of the Bullet Pen campaign because it became a symbol that supports peace in our country after 52 years of war. Pens made from bullets have existed since World War Two, but nobody has ever used them before as the main component of an ad campaign.

That’s why we decided to use real bullets from our armed conflict to communicate that for the first time the government of Colombia had invested more money on education than on bullets or guns. “Bullets wrote our past, education our future.” We delivered the Bullet Pens via direct mailing to opinion leaders and writers. From that point on the story generated huge impact in the media without us having to spend a dime. I worked on this project with McCann Worldgroup and the National Ministry of Education, alongside my partner and art director, my creative director and a team of about 20 people.

LBB> It was shared all around the world - why do you think it travelled so far?

CM> This campaign had the perfect timing. We launched it in Colombia in December 2015 and it became viral news all over Latin America. Writers, artists, cartoon illustrators and politicians joined the movement and it naturally became a peace symbol for Colombia. President Juan Manuel Santos and Timochenko (Commander in Chief of the FARC) signed the peace treaty with the Bullet Pen, and on 7th October the President was awarded with the Nobel Peace Prize. All this made the campaign international news.

LBB> It’s a brilliantly simple idea - what inspired it?

CM> The city where I was born has always been in a violent position and my family has been a direct victim of the conflict. I have a cousin who was a soldier and he disappeared because of the war. I also have a sister who cannot walk because of a bullet that hit her on the back. After these hard moments, I promised myself to help with ideas for the peace treaty. I don’t want my family or any other Colombian to suffer from this war. I want a better future for my kids and every child in Colombia.

LBB> It’s an example of advertising really affecting everyday culture - would you agree with that?

CM> Yes, absolutely. Advertising today needs to play a roll bigger than just sell or communicate; it has to improve people’s lives or become the symbol of something meaningful. That’s what I love about advertising.

CM> I’m proud of the work I did that allowed me to win the Young Lions film competition as well as London International Awards among some others. These are the jobs where you challenge yourself and your talent, working just with your art director, under a lot of pressure with the little time you’re given to produce the idea. I am also very proud of a radio campaign I did when I worked at DDB Colombia for Norma. 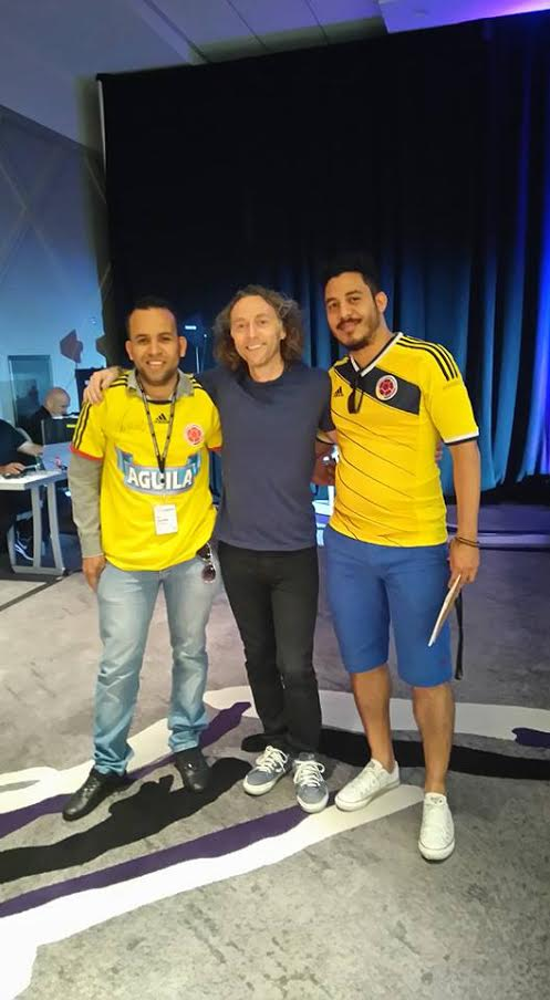 LBB> How would you describe creativity in Colombia? Is there a rich creative scene?

CM> In the last six years Colombia has won more Lions than ever before in its history, as well as performing well in other festivals like D&AD, LIA, Clio and One Show. But paradoxically, daily work is pretty awful due to what could be perceived as bad lessons from agencies that seek prizes no matter if they are real or not. Also, I should note that the current growing generation is seeking to change that, improving the values that creative people have. That´s what matters – unification as a group and as a country.

LBB> What are your aims for the next 12 months?

CM> I am currently at Sancho BBDO, I started about a month ago. This agency has been recognised as the most effective one in the world several times. This year it was name the most effective agency of Colombia and Latin America at the Effie Awards, so I hope in the next 12 months to contribute with my work and be part of this agency’s success. I had some offers from abroad but that is a long-term plan.

CM> Enjoy my family, biking. Advertising is absorbing, so any chance I get I try to enjoy nature and visit my favourite place, which is the same place I refer to at the beginning of the interview. El Salto del Ángel, Venezuela.