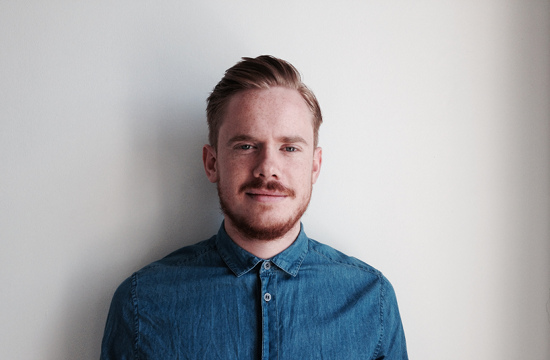 With his dad in the business, it was perhaps inevitable that Charlie Moreton would end up in adland. But instead of following in his parent’s agency creative footsteps, Charlie stepped into the craft side of things with the aim to become an editor. He joined the London-based shop Work after finishing university and honed his skills in the way he sees best – hands on assistance to those in the know. And it paid off. He’s been at Work for several years and now finds himself working on campaigns, like Heineken’s huge ‘The City’. LBB’s Addison Capper caught up with Charlie to find out more about the pressures of working on such a massively anticipated spot.

CM> I have been at Work for seven years now since leaving university, so a lot of my learning came from assisting all the editors here. For me that was an integral part of my learning. The Work editors are some of the best in world so I felt I was in a very privileged position to learn from the best. From a technical perspective it's great learning this way, but also seeing them hold a room together and seeing the ins and outs of jobs is good too.

Having said that, hacking around in the avid as early as possible is the best advice I could give anyone starting out.

CM> I try to stick to a specific method, which I'm sure all editors do. But at the same time it definitely differs with each project. Sometimes when a schedule is so tight, all your tried and tested methodology can go out of the window in favour of getting a job done.

LBB> A big chunk of your role is the communication of a story efficiently and clearly - what are the most challenging aspects about getting to grips with the nuts and bolts of storytelling?

CM> Every project is a challenge in it's own unique way which is what keeps the job interesting. You never know what you are going to get after a shoot. Quite often there's a wealth of amazing footage that has to be left on the cutting room floor in order to tell the story efficiently - that can be a challenge for both myself and the director.

LBB> And what do you enjoy about piecing those cogs together?

CM> It's always enjoyable trying to bring something to the table that wouldn't initially be planned or expected.

LBB> You recently worked on the pretty huge Heineken 'The City' spot - how was it working on such a big campaign like that? What key challenges did it bring for you?

CM> To be honest, the key principles and challenges remain the same from job to job. It just lasted a lot longer than most jobs! I was also fortunate enough to edit a viral video off the back of it. Traktor did one take at the end of most set ups with the cast lip syncing to Frankie Valli. It was really off the cuff with playback often just from an iPhone, so the results were interesting!

LBB> Which other projects have you enjoyed working on and why?

CM> I recently worked on a Vodafone 'Firsts' project with Tomas Leach through Firecracker films. It featured a young band who won the opportunity to perform their first ever stadium gig at Wembley. There were a couple of weeks of interviewing them in their home town, but when it came to their performance it suddenly dawned on me that the whole project was underpinned on them pulling it off and not fucking it up. I managed to sneak out of the edit to see them perform, praying one of them wasn't going to fall over.  I was cutting with two other editors, so there was a really good sense of camaraderie, which as an editor is a rare experience.

Also, I cut a Jon Hopkins promo with Rob Chiu at HSI. He is one of my favourite artists at the moment, and has a back catalogue of ridiculously good videos. It felt like a big pressure to deliver, which we hopefully did. I love cutting with Rob and it was a real passion project for all of us involved.

LBB> What drew you to commercial editing as opposed to film or TV?

CM> I really enjoy the quick turnover in work. Having had a taster of long form projects, I realised that commercial and promo editing is where it's at for me right now.  A very early memory of mine is being at my dad's office, who used to work in print advertising, and thinking it was a cool place to be. So I always knew I'd end up in this world in some capacity.

LBB> If you weren't in advertising, what would you be doing?

CM> If I had to do something else, it would be teaching history - but very much the Robin Williams' in Dead Poets Society style as opposed to the reality where kids would probably reduce me to tears by 10am.

CM> I have recently become a smug running type. I used to hate people like me. I'm madly passionate about a football team too, but I won't confess my allegiance as I want to work again! 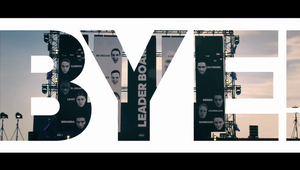 Adidas - Be The Difference 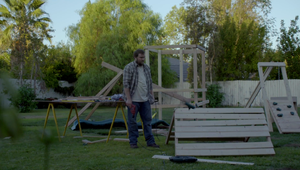