Crew Cuts editor on piecing together the perfect story 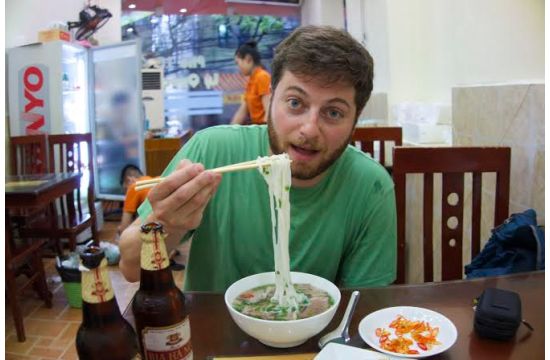 From high school comedy skits to winning Budweiser ad competitions, it’s been quite some journey for class clown Brian Neaman. Shouldering the cutting duties for his friends’ adolescent comedy exploits, Neaman could little have known that teenage tinkering would lead to a career as an editor. LBB’s Addison Capper catches up with Brian to find out about the dark arts of the cutting room.

LBB> Where did you grow up and what sort of child were you?

BN> I grew up in Watchung, New Jersey, which is your standard suburban town just 20 miles outside of NYC. Definitely was a bit of a wise-ass. Spent a lot of time trying to entertain my classmates and myself, trying to make them laugh. Got into my fair share of trouble. I wasn’t a bad kid, I just didn’t shut up.

LBB> Your first foray into production involved shooting your high school friends' comedy skits - what appealed to you about being behind the camera?

BN> When I was in middle school, we’d watch the seniors put on skits during Friday’s all-school assemblies. I thought it was awesome, and wanted to entertain the whole school when I was a senior. Fast-forward to 1999 and my friends and I were performing in drag in front of the whole school. It was like SNL-lite. I loved doing commercial & movie spoofs. That was my forte. Our Britney Spears spoof is a classic.

LBB> You studied film production at Boston University - how did you eventually end up as an editor and what was it about the craft that drew you to it?

BN> In high school, I edited all of our senior skits, and also put together the highlight videos for my football and wrestling teams every year. By the time I got to college and worked on group projects I had more editing experience than everyone else, so in the interest of time (and my lack of patience with others trying to learn), I’d edit all the projects.

BN> Ultimately, it’s specific to each job. Cutting a dialogue spot is so different from a docu-style piece, which is very different from a visual piece set to music. Each requires a different type of organization and process. But my typical approach is to watch everything as I organize and continue to cull the footage down as I look for those human moments that really make a piece standout. Another important aspect as a commercial editor is to make sure your organization allows for quick collaboration with your clients. So when we’re looking for specific takes and moments, you’re ready to screen it with them as opposed to digging back through the dailies and ultimately wasting time or killing the creative mojo.

LBB> A big chunk of your role is the communication of a story efficiently and clearly - what are the most challenging aspects about getting to grips with the nuts and bolts of storytelling?

BN> You spend your whole life reading and writing stories, watching television and films, so the art of storytelling sort of permeates your mind. You can tell when someone is a good storyteller or not. Telling a story efficiently and effectively can be tough, as anyone who’s heard a long-winded story can attest. And telling a story in 30 seconds is no easy task. I was fortunate enough to learn from one of the industry’s great editors and storytellers, having assisted Sherri Margulies at Crew Cuts for several years. It’s all about economizing your footage and finding those few moments that really communicate the tone and emotion of your piece.

LBB> And do you enjoy about piecing those cogs together?

BN> I enjoy the process. It can be long and daunting, but I know that if I stick to my process, I’ll be happy with the results. It does take time and care. You have to cut it the way you think works best, and then deconstruct it and try it every other which way you can think of, just so that you know that you’ve done everything you can and can be certain that your cut is the best way to communicate the story. Often in doing this you stumble across new executions of the idea you would never have initially considered. And sometimes these new approaches, though never originally intended on set, actually wind up being the cut we go with.

LBB> What drew you to commercial editing, as opposed to film or television?

BN> I sort of fell into it. During college I had a full array of production related jobs all over New York & Boston. A glorified PA essentially. You start to learn what you like and don’t like about each industry. I was able to parlay one internship I had in Boston into a regular gig and got opportunities to work on a range of projects… local political ads, reality tv episodes, corporate videos. The TV stuff was alright, but the more I was exposed to commercial editing the more I realized I liked the variety of work. You can edit comedy one week and a serious docu-style piece the next. I’ve never edited anything longer than a short film and would definitely be open to the challenge of editing a feature. From the experiences of my friends who have cut a full film I’ve seen how tough it is, though.

LBB> You teamed up with a Crew Cuts colleague as co-directors and ended up winning crowd-sourced competitions for Walmart and Bud Light, and shooting a handful of spots. Can you tell us a bit more about that venture? And is it still ongoing now?

BN> I have a passion for writing and creating content, for storytelling. As my editing career grew, I veered away from the writing/directing aspect to focus on my editing. A few years ago I felt the urge to direct again, and I decided to try my hand at the Doritos ‘Crash the SuperBowl’ contest. I didn’t win (duh) but had a great experience and made a funny spot with my friends. At the same time my co-worker, Michael Southworth, had been pursuing some directing of his own. We decided to join forces on the next project, a crowd-sourced competition for Walmart, and won. Then we did one for Bud Light and won. We’ve been making content ever since and having a lot of fun. We’ve shot some national spots and a bunch of stuff for the web, including a web series for MTV. We were shortlisted for an AICP award and were recently featured in Shoot’s New Directors Showcase. It’s all a learning process, but the time behind the camera has made me a better director and a better editor.

LBB> If you weren't in advertising, what would you be?

BN> I’d love to own a bar. Some place where everyone would know my name. I could also see myself running a guesthouse in Central America or on the beach. Someplace warm.

BN> This photo was actually taken in a pho shop in Hanoi, Vietnam, where I was recently traveling with my wife. This is moments before I realized I put a few too many chilies in the broth. It was easily the most delicious bowl of beef pho I’ve ever had.