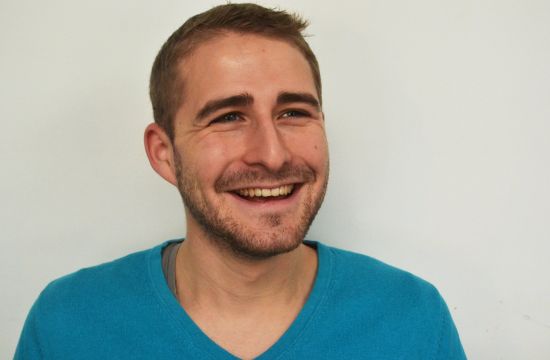 Being tasked with handling one of the biggest video game launches ever for one of your most favourite brands in the world has the potential to break even the most seasoned of suits. But for young Biborg account manager, Barth Monnier, a mixture of ambition, passion, teamwork, a professional client, (and the opportunity of trying out the game before anyone else), the experience was a challenging but enjoyable one. He’s now gearing up for another big year with Ubisoft, so LBB’s Addison Capper spoke with him to find out more.

BM> I grew up in an unknown region in France called Franche-Comté – more specifically in the ‘Jura’, deep in eastern France where I was raised with wine, cheese and snow. When I was a child, I was the little funny guy of the classroom who prevented other people from working. Above all I took life as a pleasure. This is still the case now!

LBB> How did you wind up in the world of advertising? Was it by accident or was that always the plan?

BM> It was by accident. Initially, during my studies, my goal was to create websites – and after some experimentation, I discovered other areas that involved the web, such as advertising. My education didn’t train me to do or handle digital campaigns, but I found myself making AdWords in Pierre et Vacances before having the pleasure of joining the adventure at Biborg.

LBB> How long have you worked there and how do you find the culture within the agency?

BM> It will be two years in July. The culture of the agency is incredible; there’s a functional, pleasant framework, and we’re also close to each other with an open mind. We all invest fully in each of our projects, and I like that. The relationship between our teams and us can sometimes be like friends rather than colleagues. It is so strong and so intoxicating that it makes you wake up with a smile.

LBB> You were recently in charge of handling Ubisoft's European campaign for Assassin's Creed Black Flag - how was it working on such a huge launch like that? What key challenges to big campaigns like that bring?

BM> It was an amazing experience, the most rewarding without a doubt. Indeed it was a nine-month campaign with so many key moments, so it was a challenge, but mostly it was a real pleasure working with passionate people on a brand that has so much pride. You feel like a real pirate after nine months of drinking rum from 9am and living with an eye patch! I think the main challenges of working on a campaign like this are to be rigorous and focused, and to anticipate everything, so you don’t experience work overflow during busy periods. But if you have a professional team and client, your campaign will be a delight!

LBB> Which other projects have you particularly enjoyed working on and why?

BM> Overall I am delighted to work on the Ubisoft account – it’s a company that I have deep respect for because it’s changing the world of video games. But other than the Assassin's Creed IV Black Flag launch, I’m proud to have worked on Rayman Legends, Assassin's Creed III, Far Cry 3 Blood Dragon, Watch Dogs and Child Of Light – that game was different, but equally interesting. But I also enjoy the intensity of E3 with the Electronic Entertainment Expo - it's one of the most important events of the year with the announcement of the new games for the year and the ones that are launching in autumn before Christmas. Actually, most of the games are launched just before Christmas, so September to December is a decisive period for us.

BM> My work is my lifeline mainly because I’m a big Ubisoft fan and I love testing and enjoying the games that I produce the campaigns for. I also enjoy a social life like everyone else – going to movies, out to dinner, drinking beer, eating burgers, going back to my native Jura and speaking with my goldfish... please do not judge me!

BM> A big line up for Ubisoft – there is plenty to do and my desire to work with Ubisoft is stronger than ever. I will continue to focus on the client, the campaigns and the innovative experiences we can achieve together. I cannot tell you more but I think the Biborg/Ubisoft association will be great once more!

LBB> And where would you like to see yourself in 10 years?

BM> I’d really love to discover Montreal. I love travelling but I don’t even know where I'm going on vacation this summer, so 10 years is another thing all together. But one thing is for sure – if I ever leave Biborg I already know that I will leave Paris and discover something else.