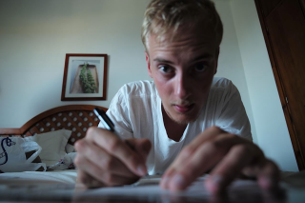 When Danish art director August Laustsen was looking for work at agencies in Sweden, he just wasn’t getting any responses. So instead of being annoyed, he decided to use his creativity and act. Mischievously, he pretended to be a client looking for an agency and sent the below letter to numerous agencies.

My name is August and I’m the marketing director of EMERIH. We’re a creative consulting company with our main office in Copenhagen. After big success in Denmark, we’re now planning on expanding to the Swedish market and are looking for a new creative agency in Sweden. We do work for a wide range of clients from small non-profit organizations to giants like Coca-Cola. We really admire the work you’ve done for [X] and would like to talk about the possibilities of a future cooperation.

Since a large part of our business model is based on creativity, it’s important that the creative department have a look at our website before we take it any further. You’ll find it here: emerih.co

If you look closely at his business name, “EMERIH”, it is in fact “HIRE ME” backwards. Natch. The website took clickers to a site dedicated to August, his work and his creative philosophy. Almost immediately he received interview and job offers not only from Sweden but further afield too. He’s now working in Stockholm at Round&Round, one of his most admired agencies.

LBB’s Addison Capper caught up wit August to find out more about “EMERIH”, deciphering Donald Trump before it was a ‘thing’, and why American talk shows are so inspiring...

LBB> You pretended to be a client because you were struggling to get interviews at agencies – genius! When did the idea hit you?

AL> The idea hit me around Christmas time. I had sent a lot of mails to Swedish creative directors before Christmas but none of them answered me. So in my mind I had two options. 1) I could keep trying to send 'traditional' mails or 2) come up with an idea and get their attention. I decided to go with number two and spent my final days at my old agency and the first week of January building the website and everything around it, and ended up sending it around the second to third week of January. I figured that most creative directors would be on holiday the first week of January and needed some time to settle when they got back so I waited a little on purpose.

LBB> It’s a scary picture of how few opportunities there are for young creatives right now though – what do you feel the industry needs to do to combat that?

AL> Yes it sucks! But that's really the downside of working in such a popular industry. I admire the agencies that try to take in some young creatives and give them a shot, but to be honest I don't blame the CDs for not responding. I know how busy they are, so I think it's kind of strange that they are the ones who we are supposed to contact.

LBB> What kind of reaction did your ploy get? I know that most of the response was positive but was anyone annoyed at all?

AL> I have only received positive feedback – which is nice! I think a lot of people can relate to being young and unemployed, so maybe they empathised a bit with me. The application ended up being pretty popular! So far it has over 70,000 page views, I received job offers from four to five different countries, had eight interviews in four days in Stockholm – but most importantly I now work at one of my favourite Swedish agencies.

LBB> Which agency is that?

AL> I now work at Round&Round. It's a small agency, founded a year ago by some of the best creatives in Sweden, so I'm very happy to be working here.

AL> Oh, that's a good question. I really like a campaign I did called #Dearpoliticians, which was about getting Danish politicians to notice a street organisation called 'Gadeidræt'. Besides that, I like the game 'Trump or False' – mostly because it was launched in 2015, so almost a year before Trump ran for office and before everybody began talking about him. Further more, I like 'Happy Sizes' and 'Invite to Unite' because I think the insights are strong and very relevant at the moment. 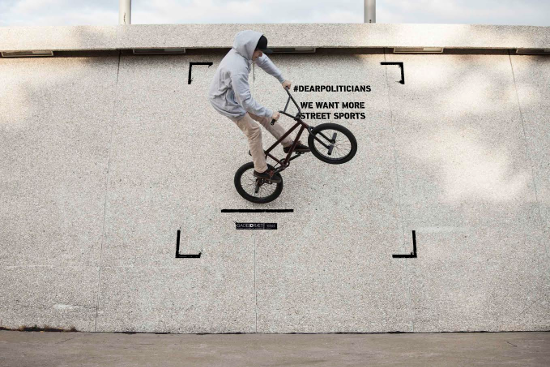 AL> I grew up in central Copenhagen, Denmark and have lived there my whole life – until I moved to Stockholm two weeks ago. I don't think I was different from any other kid my age. Maybe my mom or dad are able to point out some difference from me to other kids, but in my point of view I just liked to do the same things as my friends.

LBB> Did creativity play a big role in your life when growing up? When did you realise you wanted to work in creativity?

AL> Indirectly I think it did. My dad is a cinematographer and my mom is a graphic designer so you can say it's running in the family, but until four years ago I had never thought about pursuing a career in advertising or any other creative industry. When I finished school I wanted to study biology and anatomy – but because I didn't have good enough grades I had to look for something else. I was good at drawing, so I signed up for a night course thinking it was about graphic design and drawing, but it turned out to be about advertising. But after a couple of nights there, I kind of feel in love with that way of creativity and thinking. 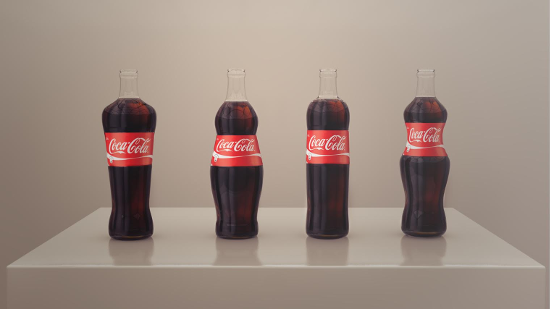 Above: The 'Happy Sizes Campaign

AL> I think American talk shows like 'The Stephen Colbert Show' and 'Last Week Tonight' with John Oliver are amazing. I'm amazed at how good they are at researching and finding very specific problems – and then solving them in a surprising way. Especially John Oliver is really good at this. He has previously launched campaigns encouraging the public to demand answers from the Russian government for what happened to some lizards that they launched into space, and is now doing infomercials about important political issues disguised as regular TV ads so Trump can understand it – he watches a lot of cable TV after all! I want to do stuff like that! I also have a big fascination with rap lyrics. I think Eminem and Nas are some of the best lyricists of all time and it's mind blowing how good they are at playing with words while both telling stories and painting pictures in people’s minds.

AL> I'm going to SXSW in Austin with Round&Round in a couple of weeks, so I'm sure I'll get a lot of inspiration during the trip. Besides that, I hope I get the chance to do some cool ideas with some nice people. In my view I work with some of the best in Sweden so I really look forward to learning a lot and making some things that can help people in their lives. The nice thing about moving to another country is that I'm constantly bombarded with new experiences and impressions. 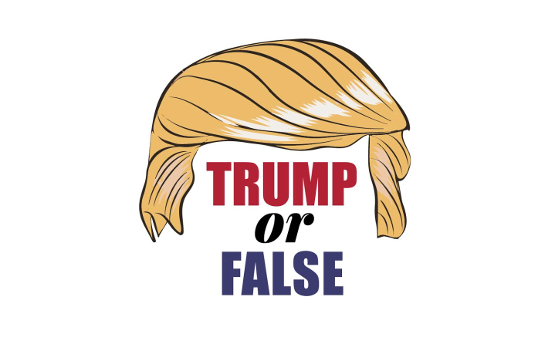 Above: The 'Trump or False' Campaign

LBB> What do you like to get up to in your free time?

AL> I have a big passion for climbing. Right now I'm on the search for a new bouldering centre in Stockholm – but it's not as easy as I had hoped, haha. I know that Stockholm has some great outdoor climbing spots, so that'll be cool to try when it gets a bit warmer.