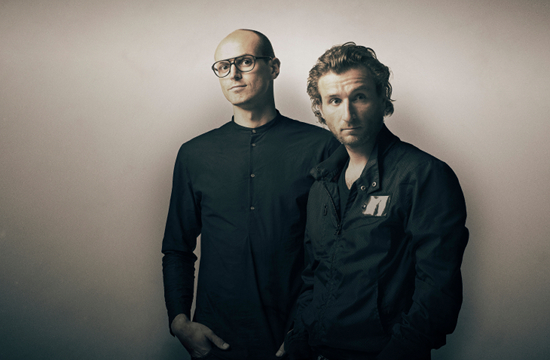 Prior to their recent signing to DDB & Tribal Amsterdam, creative duo Alex Herwig and Jeroen Thissen bagged a Gold and Silver at the 2013 Cannes Lions thanks to their mission to save the Dutch Metropole Orchestra. Addison Capper chats with the pair about life at a new agency, the Argentinian Pampas, people-watching and making stuff work.

LBB> Where did you grow up and what kind of children were you?

JT> I grew up in Barneveld, a small village in the centre of the Netherlands. I believe I was a quiet kid, but curious at the same time. My dad always tells me that as a small boy I was constantly asking him how things like nuclear bombs and fax machines worked. I guess that’s why I’m still fascinated by machines.

AH> I’m from Steenbergen. It’s also a small village, but in the south of the Netherlands. As a kid I loved fishing, animals, nature and being in the woods and I wanted to be a vet, or a forester. Well, until my dad came home with a computer when I was 10, that is. Then I was hooked on making stuff with that machine. And when the Internet came along… I never looked back.

LBB> Where did the two of you meet? Why do you think you both clicked to form a creative duo?

JT> We met at our previous agency, Havas Worldwide Amsterdam, three years ago. When I came back from 6 months of travelling, the agency had changed quite a bit. Alex was new and we started working on some assignments together. When we started coming up with really cool stuff together, we knew we were on to something.

LBB> What are the logistics of the duo? Do you both chip in equally on everything or do you each have specific roles?

AH&JT> We are an art/art team that also writes. As funny as it is, we do divide the work equally and just keep reviewing everything amongst ourselves, whether it is art, copy, flowcharts or technical specs.

AH&JT> It’s going very well. Of course, in your first weeks you need some time to get used to the new processes and people, but it’s amazing to see what kind of well-oiled machine operates here. ‘All’ we have to do is to make smart work.

LBB> You recently scooped a Gold and Silver award at the Cannes Lions for your 'Tweetphony’ project for the Dutch Metropole Orchestra – congratulations! I'd love to know more about it – how did the idea come about and how long did it take to fully concept? I imagine it threw up a few hurdles along the way...

AH&JT> We needed to save the Metropole Orchestra from budget cuts and extinction. The agency already had some ideas about how to do this. We were originally just asked to something with social media for the orchestra; we weren’t actually asked about addressing the budget cuts problem. But we began with thinking about how we could use social media as a way of mobilizing people to save the orchestra. We also realised that we had to show the world what makes the orchestra so amazing: their ability to create beautiful music. Putting those two things together, we thought, ‘Well, what if we could have the orchestra play through Twitter?’ We worked closely with Perfect Fools to bring it to life. They did an amazing job on developing the site and online piano with us in just 20 days.

LBB> What other pieces of work are you most proud of and why?

AH&JT> Another project we did at Havas was a Facebook-powered billboard for Volvo. To sell a car that claimed to be really personal, we took over a digital billboard next to a highway, connected it to Facebook, pointed a camera at it and allowed people to personalize the billboard. Real-time, through Facebook. This is what we really like to do: invent something new by combining technology and media in a new way.

LBB> What do you enjoy doing outside of work?

JT>  Just sit in the sun with a beer and look at people passing by. They’re the weirdest things. There’s so many of us and we’re all so different. I’m just fascinated by what we, the mankind, come up with and how we behave.

AH> Running really early in the morning through Amsterdam’s Vondelpark, or riding along the Amstel river on my racing bike in good weather. And then just siting in the sun with a beer as well, just talking and thinking. Amsterdam is great for that.

LBB> Where do you see yourselves in 10 years?

JT> Pfff. Hard one. No idea really. Hopefully I’ll still be doing what I do now. Or own an antique shop and invent stuff. That would be pretty cool as well.

AH> On a little farm, with my girlfriend, who will then be my wife. Some kids. A couple of animals. But I’ll be somewhere really remote, like the Pampas of Argentina, riding around on a classic motorcycle. No idea how I could ever combine this with work, but I’ll worry about that later.