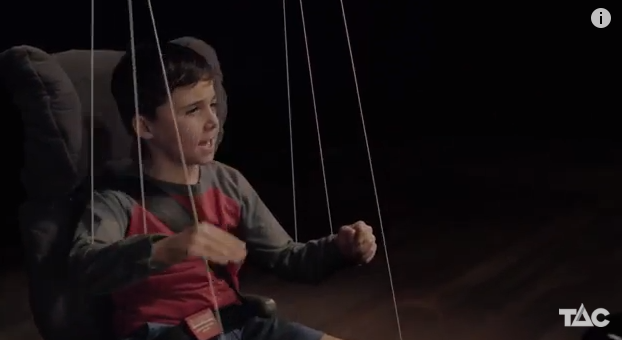 The Transport Accident Commission (TAC) and Clemenger BBDO Melbourne have launched a new campaign emphasising a simple fact: How a parent drives now can strongly influence how their children drive later.

Titled ‘Strings’, the campaign is based on research that shows that children start taking in their parents’ driving behaviours at an earlier age than most people would expect.

Samantha Buckis, TAC Road Safety project co-ordinator, says ‘Strings’ needed to find a way to empower parents to reflect on their own behaviour.

“Every time a parent gets behind the wheel, their children are watching their behaviour, both good and bad. By the time a child goes for their driving licence, their attitudes on the road have already started to form,” Buckis said.

This campaign marks a different approach for TAC, as ‘Strings’ does not depict a car accident or even use actual cars. Instead, characters are portrayed on a dark stage, with puppet strings representing the influence a parent has over their child’s future driving behaviour.

“We designed an intricate rig that linked our father and son, with professional puppeteers directing our talent. The 60- and 30-second spots were filmed in single takes, so we required a perfectly timed and synchronised performance from both of them,” de Wolf said.