New Survey Suggests Brand Activism Is on the Rise 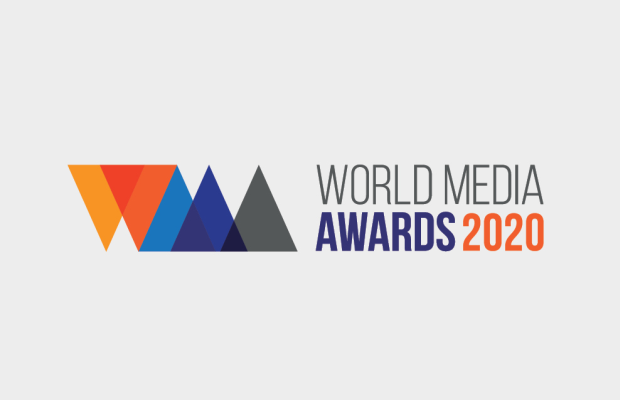 A new survey from the World Media Group (a strategic alliance of the world’s leading media brands) into content-led marketing suggests an increase in brand activism, with advertisers using content campaigns to align themselves with social and environmental issues. The survey, which questioned key influencers across advertisers, agencies, media brands and consultancies, asked respondents to list the most exciting trends in branded content campaigns.

Brand or content activism was one of the clear themes to emerge as a real opportunity for brands to engage with consumers on the issues that matter to them most. Almost one fifth of those surveyed rated ‘aligning a brand with a trend, issue or topic’ as one of the key benefits of a content campaign. 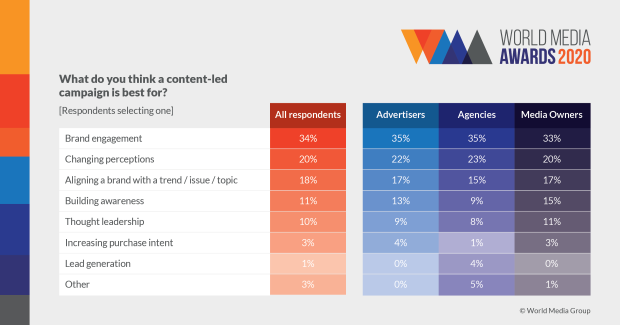 The research was carried out by the World Media Group, whose members include the Atlantic, Bloomberg Media Group, Business Insider, The Economist, Forbes, Fortune, National Geographic, Reuters, The New York Times, Time, The Wall Street Journal and The Washington Post, to provide context for the World Media Awards for cross-border, cross-channel content campaigns, which close for entry on 6th February 2020.

Alex Delamain, president of the World Media Group and SVP, head of client sales and services at The Economist, said: “The clear trend towards brand activism revealed in the WMG content survey indicates just how important it is for marketers to acknowledge and respond to the zeitgeist. Consumers are no longer ‘brand loyal’, which means advertisers must work harder to stay relevant. Content campaigns provide a vehicle for brands to demonstrate their commitment to the social and environmental issues that people care about with authenticity and understanding.”

The next big thing in content-led marketing

The research also revealed the technology trends that marketers are most excited about and plan to use over the next 12 months. Audio/podcasts lead the way with 90% of respondents indicating they will use the technology in future campaigns. Voice technology and AR (augmented reality) came joint-second (89%), closely followed by increased personalisation (88%), events (85%), and VR (virtual reality) at 84%. While respondents expected to see growth in live video and 360 video, they anticipated a reduction in traditional long-form and short-form video.

Respondents continue to view ‘brand engagement’ as the key strength of a content-driven campaign at 34%, followed by ‘changing perceptions’ at 20%. In third place, ‘aligning a brand with a trend, issue or topic’ is increasing in significance, with 18% of those surveyed emphasising its value. This sentiment reflects the broader trend towards brand activism and the increased importance of brand purpose in maintaining consumer loyalty.

When sharing their views on the secrets of success for content-driven campaigns, respondents consistently emphasised the importance of global themes made local. The survey shows that 71% of respondents adapt the global story for local markets, and 61% create content in a combination of local language and English (compared to 23% creating all in English and 16% using only local language). To implement a ‘think global, act local’ approach, 80% of those surveyed use an international network agency rather than multiple local agencies.

The survey results indicate that content-driven marketing will continue its ascendancy with almost 80% of respondents believing it will grow over the next two years and 19% feeling that it will stabilise. Fewer than 2% suspect it will decline, down 3% compared with last year’s survey. Forty-one percent of respondents stated that in the projects they work on, a branded content element now makes up more then 50% of the campaign. A credible editorial environment is key While the excitement around new visualisation techniques such as AR and VR is tangible, it doesn’t top the agenda when selecting a lead media partner. In fact, their ability to offer such technology came last, named only by 1% of respondents. At the top of the list was the provision of a credible editorial environment (57%), followed by audience profile (52%) and quality of audience engagement (49%).

The World Media Group carried out the online survey for the World Media Awards from 2nd September to 7th October 2019. There was a total of 269 respondents working across the following regions: UK, Western Europe, Central & Eastern Europe, USA & Canada, Middle East, South East Asia, Australasia, South America and Africa. Respondents were made up of key influencers in content-led marketing: 42% were from agencies, 34% from media brand studios, 11% were advertisers and 13% were consultants.

About the World Media Group:

The World Media Group is an alliance of leading international media organisations that connects brands with highly engaged, influential audiences in the context of trusted and renowned journalism. Members include The Atlantic, Bloomberg Media Group, Business Insider, The Economist, Forbes, Fortune, National Geographic, Reuters, The New York Times, Time, The Wall Street Journal, The Washington Post and associate members: Moat, Smartology and The Smithsonian. Its aim is to promote award-winning journalism and the role of international media.