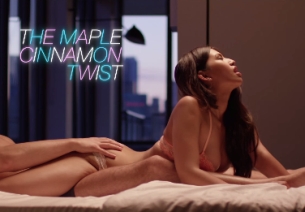 During every couple’s first few intimate moments, every touch is new and exciting. As the relationship grows, these spontaneous moments are reserved for special occasions: Valentine’s Day, Birthdays, and the Anniversary. The Why Wait? campaign shows couples how Durex Play Pleasure Gels can help reignite that spark, and keep it going.

Today, Durex Canada launches Why Wait?: a multi-channel national campaign, empowering younger couples to make any night a “Durex Play Night” with Durex Play Pleasure Gels. The goal of the campaign is to shift the perception of lubricants into a natural, healthy part of a normal sex life. Leading with a suggestive new film called “Play, Eh”, Durex pays homage to the True North, adding a Canadian twist to playful sex positions. The campaign was created by Isobar Canada, with Media by Aegis Innov8.

Driving home that a healthy relationship is about much more than sex, the film concludes with an invitation for fans to enter for their chance to win VIP tickets to 1 of 3 Durex Play Nights summer concerts. At the show, Durex is to provide an unforgettable VIP experience for the winning couples, reminding them that a little spontaneity goes a long way. Fans coming to the concerts with purchased tickets have the same opportunity to win an on-the-spot VIP upgrade through the gamified on-premise activation. The “Naughty Name Play Game” invites couples to demonstrate their sexual prowess by naming the positions they see before them – the cheekier of which can only be found in the sexy new film.

“Lubricants sometimes carry a confusing stigma, because that’s how they’ve been sold through to consumers up until now. Durex Play Pleasure Gels isn’t about saving your struggling sex life, it’s about making whatever sex you’re having the best it can possibly be. We wanted to show Canadians that great sex isn’t something they need to be apologetic about!” said Indresh Kohli, Marketing Director for Durex Canada.

“With a campaign this racy, there’s always a risk as to how a conservative audience might react. Bringing something new into the bedroom isn’t a naughty secret anymore – so we had to go out on a limb to demonstrate that. It’s 2015, and this is a fun way to make a good sex life, even better.” says Steve Di Lorenzo, Executive Creative Director at Isobar Canada.

Cross-platform social promotion is used to funnel consumers to the film, and DurexPlayNights.ca, through brand-owned properties, contextual ad placements, and influencer strategy.

Kai Exos, Isobar Canada’s CCO adds, “It’s always exciting to push boundaries to redefine a category, but it’s important to do so in a honest, credible way. Empowering couples to explore their spontaneous side isn’t just a one-off campaign. An ongoing healthy sex life is important in fostering a healthy relationship. We think couples that talk to each other about it end up having more fun.”