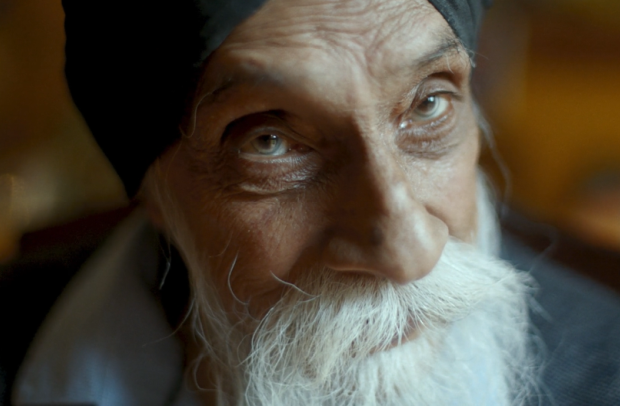 An inspiring new campaign - We Are Undefeatable - is being launched to support the one in four (15 million) people in England who live with one or more long-term health conditions, such as diabetes, cancer, arthritis and Parkinson’s. By recognising the unique barriers people with health conditions face, the campaign aims to help people build physical activity into their lives, by hearing from others who have become more active through the ups and downs of living with their condition.

Individuals living with a long-term health condition are twice as likely to be inactive despite evidence that being active can help manage many conditions and help reduce the impact and severity of some symptoms. Even small amounts of activity can make a significant difference to overall health and wellbeing.

The campaign, created by FCB Inferno, kicks off with a 60-second TVC which airs from the 2nd September and features a cast of people with real long-term health conditions across England. Set to the classic track 'That’s Life', the film shows what getting active actually looks like for those with health conditions, including the unconventional exercises they might do and both the struggles and successes they experience.

This will be amplified by a national £3m campaign that has been planned and bought by Manning Gottlieb OMD, and will run across TV, radio, social media and sponsored search, encouraging people to visit the new website www.WeAreUndefeatable.co.uk and use #WeAreUndefeatable for inspiration and ideas on how to get active in ways that suit them. The website offers a range of resources to help people become active in whatever way works for them, at whatever levels of activity. The site also includes a behaviour change tool to help people stick with moving more, which was developed in conjunction with Sport England.

As well as the main TVC, FCB Inferno have produced 14 social films which have been created to act as mini documentaries and ranging from 87 seconds to over 3.5 minutes. Additional 30 and 15 second versions of these films and the TVC which includes some additional and self-filmed footage were created especially for social, including Instagram Stories. All films were produced with Knucklehead and directed by JJ Augustavo. Post-production came from Framestore.

Each of the social films concentrates on an individual from the main film and how they manage to be active through the ups and downs of their conditions, demonstrating a deep level of understanding to the target audiences. This includes hearing from people like Simone, 33, who was born with a congenital heart defect that led to a stroke at 19. She now tries to walk two miles every day after being encouraged by her doctor, and plays ‘Just Dance’ with her partner, which is often challenging, but always fun. Simone has seen a real improvement to her health and wellbeing.

Campaign support packs are also being distributed to every GP surgery and community pharmacy in England as part of a wider programme to support healthcare professionals to promote physical activity to their patients.

FCB Inferno, the agency who created This Girl Can with Sport England, developed the platform of #WeAreUndefeatable to inspire and support individuals into sustainable behaviour change. #WeAreUndefeatable shows the realities of life and doesn’t shy away from the ups and downs. This includes speaking honestly about coping with setbacks and the times it’s hard to get motivated, as well as the real benefits and tremendous sense of achievement that comes from reaching goals – big and small.

This included the development of the #WeAreUndefeatable social strategy to create an online community, including the creation of a suite of materials for dissemination across social media and the website. Grassroots outreach to existing condition-specific forums, Facebook groups and micro influencers is also a key facet. All of this is with the aim of encouraging those with long term health conditions to support each other as well as build on the awareness generated by the release of the broadcast creative and films.

Led by a collaboration of 15 leading health and social care charities, the campaign is backed with expertise, insight and National Lottery funding from Sport England, the organisation behind the award-winning This Girl Can campaign.

Consumer PR for the campaign is being managed by freuds, who have developed stakeholder and media launch events ahead for launch, as well as managing talent support for the campaign.

Sharon Jiggins, EVP at FCB Inferno said: “The idea was borne from the core insight from research that the target audience do not feel that traditional exercise regimes are for them. They need something that reflects the highs and lows of their conditions, and that no one day is like the next. The campaign needed to be empowering and encourage spontaneity vs. having a set plan.

This required an emotional and functional response; a campaign that shows it understands that when and how conditions impact is unpredictable, and be empathetic, alongside demonstrating that you can start and build up physical activity in 'chunks' around how you feel. Those small victories add up.”

Director JJ Augustavo said: “Honestly, some folks don’t realise how blessed they are to not have to battle long term conditions. But I’m confident there’s not a person alive who hasn’t been touched by one. In the story of my career this is probably the most personal project I’ve been involved with. Thankfully these amazing folks came into my life at a dark time and I believe I needed to work with them much more than they needed me. With each day in production and with each person I met, I was more inspired, more motivated to not only tell each story as honestly as we could l, but to live better. From the effervescent spirit of Heraldo, to the beautiful familial soul of Mohan or Rebecca who’s taken her loss and made into an inspiring dance career — to take the hands they are dealt and keep being active, keep trying to improve themselves. I couldn’t help but be inspired. Not on some utopian grand scale, but in small human ways. So my hope is that with this campaign we can of course inspire folks with long term conditions to be more active, but I also hope even those without will want to be better too.”

Tim Hollingsworth, chief executive of Sport England, said: “You’re twice as likely to be inactive if you have a long-term health condition. We believe we can change that, because our research shows the majority of people with a condition would like to more active. That might be strengthening activities, walking, going to the gym or playing a sport. We are very proud to support our charity partners in delivering this new campaign because we know with the right support, sport and physical activity has the ability to change the lives of people living with long-term health conditions for the better.

“This campaign forms part of a longer-term drive by Sport England to change cultural and social norms around long-term health conditions and physical activity. We will continue to work with everyone from healthcare professionals, coaches, governing bodies, gym operators and even town planners to ensure that people with long-term health conditions feel able and supported to get active or play sport in whatever way suits them.”

Dr Zoe Williams, ambassador for We Are Undefeatable, said: “I see people every day in my surgery who are unsure how to become more active whilst managing their long-term health condition. The evidence base for physical activity in the management of long-term conditions is extremely compelling and I love how this campaign highlights that even small amounts of regular physical activity can significantly improve people's physical health, and also their mental and psychological well-being. As a GP, I would wish for all of my patients to be active and I regularly prescribe physical activity alongside their other treatments. I think this campaign will give people with long-term health conditions the confidence to be more active from seeing how others with similar challenges have benefitted.”

The people who feature in the We Are Undefeatable campaign, and many more people with long-term conditions, were involved in its development from the initial research right through to the design of the campaign films.