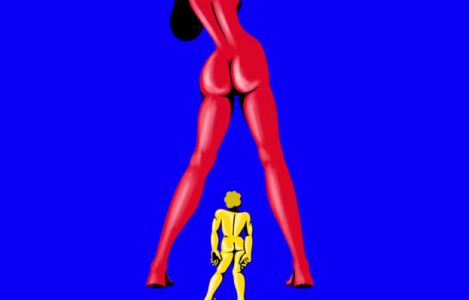 Translated as ‘matchstick’, Allumette is a lustful story about a man’s burning desire for a woman, explored through the fire of a match.

Each character and object were animating frame by frame, creating a flickering aesthetic that lends itself to the raw and exposed nature of the lyrics within song.