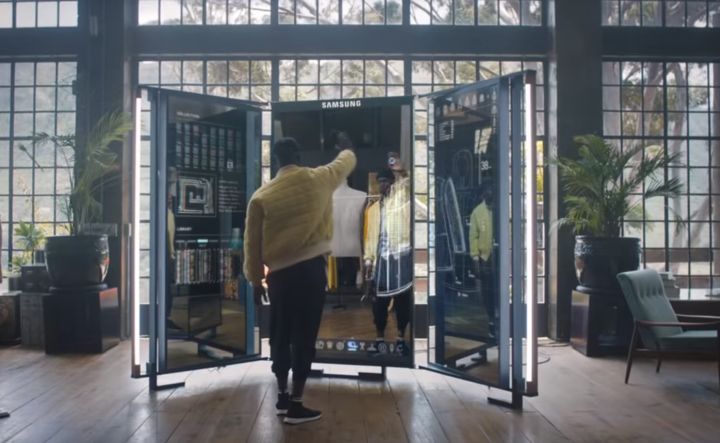 Que Será Será epitomises Samsung’s mission to see the world as it could be, instead of accepting the limits of today.

In a year that will see enormous transformation with the launch of Samsung’s upcoming products, the newest campaign juxtaposes a classic song and it’s hands-off spirit with the brand’s emphatic, forward thinking leadership stance: What we create today lets you create the future.

Samsung approached the world with a bold vision when it launched 'Do What You Can’t' in 2016 and that legacy continues with a rallying call for those of us who believe the future is ours to shape. The epic spot brings us into the future, showcasing the potential of technologies to come - seamless multi-device experiences, artificial intelligence, radical new displays - and teasing Samsung’s 5G products and foldable display technology not yet available to the public.

The message of Que Será Será is clear: Samsung is a leader in innovation and opportunity, continuously reshaping the future for its users. Whether you’re an entrepreneur, a mobile gamer, a tattoo artist, or a fashion designer, Samsung is leading change in every industry.

Leo Burnett, in collaboration with Human Music, reintroduces an essential recording of 'Que Será Será' to a new audience by remixing it with booming bass and hi-hats underneath. The team played with multiple genres of the classic song but creative instincts led them back to the magical charm of Doris Day accompanied by Frank De Vol and his orchestra. Doris’ voice brings joy to the characters singing along.