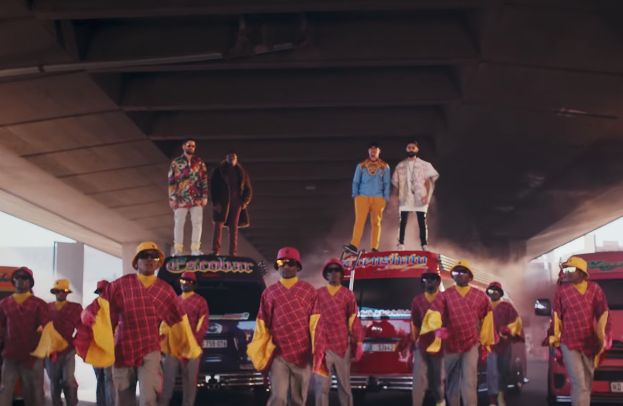 Directed by Chris Saunders, the new music video for 'Let Me Live,' by Rudimental x Major Lazer (feat. Anne-Marie & Mr Eazi), is a euphoric summer celebration of music, dance, and cross-continental collaboration. It was filmed in both London and Johannesburg, with some of the most talented performers in the South African dance scene, while the dancehall-inspired track itself is a global alliance among London band Rudimental, American trio Major Lazer, and singers Anne Marie and Mr. Eazi from England and Nigeria, respectively.

The video pinballs between Hackney’s Ridley Road Market and an underpass of Johannesburg’s M2 highway, transitioning seamlessly between the two to show commonality rather than contrast. Saunders has spent years researching and documenting South African dance and performance culture, and the choreography was designed to showcase the dancers’ original work. “These dancers are often asked to work within pre-existing choreographies and set pieces,” says Saunders. “This was an opportunity to collaborate with the highest-level African performers on original choreography in a more consultative and respectful way.” The video shows today’s borderless synergy among music, dance, fashion, and street culture.

Chris Saunders is a South African director and photographer based between Johannesburg and Paris. With a background in fashion photography and documentary projects, his work celebrates how style expresses identity, and the ways that artistic expression serves to empower and liberate. His collaborations with musicians, dancers, artists, designers, and even corporate brands are innovative showcases for individual personalities and authentic storytelling. Saunders has worked with leading agencies internationally, including the BBDO group, Ogilvy, M&C Saatchi Abel, and Saatchi London; brands such as Nike, Mastercard, Virgin Active, and Red Bull international; and publications including New York Times and Dazed, among many others.