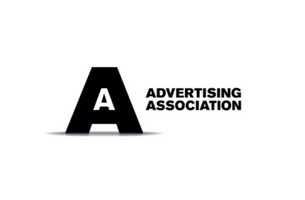 As Advertising Week Europe arrives in London for its annual celebration of the advertising industry, the Advertising Association has released new analysis of the latest ONS figures by advertising's think tank Credos, showing exports of UK advertising services hit a new high of £5.8 billion for year ending December 31, 2016, with £3.2bn exported to EU nations, representing 55% of advertising exports. The percentage of all UK advertising exports going to Europe, including both EU and non-EU countries, was 59%.
The ONS figures show an increase of 35% on the previous year, outstripping UK service exports overall which grew by 7% in comparison. The UK’s balance of payments surplus for advertising was the biggest in Europe - £2.9 billion, while the export of advertising services has more than doubled in less than a decade, up from a figure of £2.4 billion in 2009.
The USA remains the largest market for UK advertising services in terms of individual country, taking £1.1bn of UK advertising services exports. This was followed by France (£655m), Germany (£619m), Ireland (£454m), and The Netherlands (£350m).
Growth in advertising exports between 2015 and 2016 was higher than that for several other key areas of the UK economy, including financial services (18%), insurance (19%), legal services (0%), business management and management consulting services (23%).
The analysis demonstrates the strength of the UK advertising industry on the world stage and the opportunity ahead as the industry supports the Government’s industrial strategy to grow exports globally. It also underlines the need for a post-Brexit solution, including transition period, which ensures the very best opportunity for this growth to continue without unnecessary restrictions.
The Advertising Association has focused efforts already on Brexit, setting out the need for freedom of movement of talent with its Ad Pays 6 report and ‘A Great Advert For Britain’ campaign, adherence to international standards around data and the inclusion of advertising as a key sector in future free trade agreements.
Stephen Woodford, Chief Executive, Advertising Association commented: “These record export figures clearly show the demand for British advertising that exists across the world and that ‘Made in the UK’ is the hallmark for global ad excellence. The figures also demonstrate the vital importance of getting the right deal on Brexit, a smooth path for transition, and continued close co-operation with our EU neighbours while, at the same time, building new economic links elsewhere with the right free-trade agreements.”
James Murphy, Chairman Advertising Association said: “These latest figures show we are still seeing the consolidation effects from an unmatched level of talent and technical skill in the UK, and specifically London. At the time this data was collected, there was no other spot on the planet with the same of level of creative and technological talent in one place. We are going to have to redouble our efforts to present the UK as THE destination for the best talent in the world and for the best brands in the world seeking to work with that talent.”
Janet Hull, Director of Marketing Strategy, IPA said: “These results reflect UK advertising’s international reputation for providing advertising services that are highly creative, effective, and innovative in terms of channels and technology.  The UK advertising services category is well positioned to benefit from the strength in the world’s biggest economies in 2017. However, the risk is that any perception that the UK’s international outlook or trade will diminish could undermine prospects for the growth. It is important therefore that the message that UK advertising is open for international business is communicated clearly.”
James Tomkinson, MD, Nexus Studios commented: “A key success factor here is that we’re open to the world in terms of the best available talent. The UK ad industry is a world-leader because of world leading talent and we’ve seen that talent gravitate here, forming hubs of creative excellence, not just in London, but all over the UK.”
view more - Trends and Insight