New Olympic Campaign Calls for All Australians to ‘Live the Dream. Love the Team’ 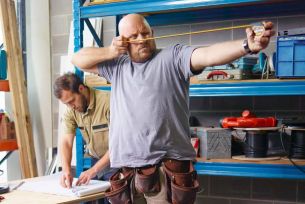 A specialist group of WPP AUNZ agencies have launched a far-reaching creative campaign aimed at increasing fan engagement and awareness of the 2016 Australian Olympic Team, both in the lead-up to - and during - the 2016 Rio Olympic Games.

Developed as part of WPP AUNZ’s partnership with the AOC, and its recent appointment as Creative Advertising Agency of the Australian Olympic Team, the campaign was led by specialist agency 1 Kent Street.  Support was also provided by fellow WPP AUNZ Group agencies One20 and DT, plus production from Seven West Media Group.

The creative positioning for the Australian Olympic Team campaign developed by 1 Kent St revolves around the tagline ‘Live the Dream. Love the Team.’  A variety of executions go live this week including TVCs, OOH, print, plus digital including social media engagement and activity on AOC Partner channels and AOC owned channels– website, Facebook, Instagram, Twitter and Snapchat.

The music was developed in conjunction with We Love Jam as the soundtrack to the campaign and will be heard on all TVCs.  WPP AUNZ also worked closely with media partners including Seven West Media Group, APN and News Corp to ensure maximum reach and impact.

1 Kent Street Creative Director Simon Collins said it had been, “incredibly exciting to work on a brand campaign to rally support behind our Australian team."

“The brief for this campaign was challenging in that it called for a creative idea which would appeal to every demographic in the Australian population. That meant something that would resonate equally to every age group and every socio-economic group. All within a very tight timeframe,” he said.

“The campaign also needed to be modular, so that it could be adapted to whatever formats and lengths our media partners might provide. The ‘Live the Dream. Love the Team.’ campaign is the result of what can only be called an incredibly enthusiastic collaboration between a range of different organisations with a single goal – to generate as much reciprocal engagement for the Australian Olympic Team as possible. We’re proud of the result and hope it will help every Australian get excited about our national team competing in Rio on the world stage.”